You addressed your open letter to national politicians, Bollywood superstars, and cricketer-member-of-parliament – I am none of these things. But I feel strongly about the issues you bring up, and hope you will allow me to the liberty of responding to your letter, though it was not addressed to me.

Thank you for using your celebrity status to draw attention to women’s safety in India.  Creating a sustained buzz – as you are– in a country that otherwise swings violently between mass outrage, and collective memory-loss, is indeed commendable. There’s also no denying that the country needs to pull up its socks. I’m genuinely sorry that you have been a constant victim of street harassment, and recognize that your case is anything but one-off. I can offer no excuse for what happened to you, and can sympathize with your rage. So please understand, that in expressing my concerns with your letter, I don’t do so from a place of questioning your intentions; I share your vision of a safer India.

When I read your letter the first time, I was immediately drawn to your call to action. “SAVE US”, you asked of a veritable who’s who of male celebrities, in a shining example of over-using the Caps Lock key. You go on to make this appeal three more times in your letter – each time I read it, the knot in my stomach tightened some more. Those two words, though, made it very clear to me why your letter is as popular as it is – shares, retweets, mentions in all the national dailies. Your letter, dear Shenaz, inadvertently or otherwise, feeds the misinformed patriarchy that rules our collective conscience. It was easily digestible, because your rage concedes that women need to be saved. By men. I’m not trying to shy away from responsibility, but to portray men as the sole custodian of women’s safety, is a classic symptom of how ingrained male-dominance is in your thought process – it’s not your fault, love, society has taught you so since the day you were born. But I would be remiss not to call you out on it.

Furthermore, I question your choice to call out only to men in power. Female celebrities – also as popular as your addresses, and able to draw attention to women’s safety – are a glaring omission from your list. Are you saying they are unable to ‘SAVE’ you, because only men can? Also missing, are men that don’t run countries, or Fortune 500 companies. Men like me. I beg of you – don’t absolve us of our responsibility towards women’s safety in India. Everybody needs to take charge. More bemusing is – and I am certain this is unintentional, but – your choice of verbiage also makes some dangerous concessions about how ‘powerful’ some men are. I don’t mean to school you, but rape is not as much about sex. Rapists are turned on by the knowledge that they can do whatever they want, and that nobody can stop them. They get off on the power that they perceive it gives them. So to recap, your letter, in suggesting that some men are all-powerful when it comes to addressing women’s safety, is also making the concession on the flip-side of the coin – that this sense of power that rapists and molesters feel, may just be real.

The victim-shaming that results from your vehement support of the ban on Uber was not lost on me either. “Hell yeah, BAN UBER”, you say. I don’t think anybody is contesting the fact that someone with a history of sexual assault should not have been in a position to drive a cab. This was a total breakdown of the system, and Uber cannot claim to be completely in the clear. However, in saying that the taxi service is unsafe, you are making it partially the victim’s fault for drunkenly hailing a cab in the middle of the night. That’s bad form, Shenaz, it really is. I know you also very clearly stated that you don’t think she’s at fault in any way. It’s disempowering, to use language that – even if in small part – assigns blame to the victim. I’m going to let you in on a little secret here – rape isn’t caused by taxis, just as it isn’t caused by outfits or alcohol or political opinion. Rape is caused by rapists.

Also troubling, is your “Just death” war-cry. My personal opposition to capital punishment of all forms aside, you make the assumption that executing a rapist or two will deter others; there are multiple examples of this theory being disproved, not least of all the fact that this latest incident was preceded by the apparent suicide of one of the accused in the Nirbhaya case. I see where you’re coming from, though. The legal system has some flaws that need to be addressed. Trials need to be faster than they are. The ‘two-finger’ test is as dehumanizing as it is inaccurate. Spouses’ transgressions are defensible. All of this needs to change. Executions don’t serve that purpose. Neither will they act to change society’s mindset, nor will they in any way affect the patriarchy that is intrinsic to our legal system. I get where you’re coming from, Shenaz, I really do. I feel that sense of impotent fury, too. I just sense a disconnect between your intended objective and your suggested solution.

Like I said early on in this letter, I recognize our shared goal. And I recognize that your intentions are most virtuous. But the current state of affairs is as much my shame as it is yours or the Prime Minister’s. Our collective need – of improved safety for women in India – is not served by banning Uber, or assigning shame, or hanging rapists. It most certainly isn’t served by belittling yourself in asking to be “saved” by men in power. You don’t need saving; you need equality and justice. And when it comes to this issue, all of us – men, women, cricketers, and software engineers – are powerful, and responsible. I’m most grateful, Shenaz, that you have taken it upon yourself to fight for women’s safety, and I pray that you will continue to do so. Just make sure, the next time you write an open letter, that you use it to fight misogyny, not feed it.

With all respect,
P 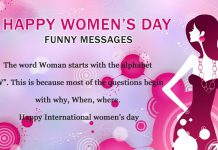 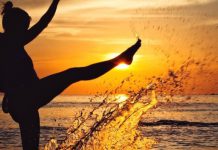 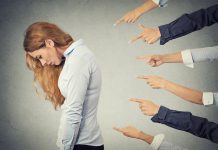 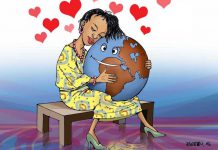 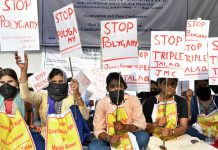 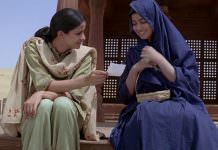