Ellen Pao's case is important since it has brought out in open the issue of subtle sexism and how difficult it is to prove the same in the corporate sector.
By Aindrila Chaudhuri Apr 24, 2015 3 min read

Ellen Pao, an American lawyer, is currently the CEO of Reddit. She was recently in the news for the gender based discrimination lawsuit she fought against her ex employers, Kleiner Perkins Caufield & Byers, LLC. She had filed the lawsuit in May 2012 when she alleged discrimination and workplace retaliation against the company. Her case went to trial early this year, but the California State Court finally ruled in favour of Kleiner. Many have commented saying that technically it maybe the company’s win but the case has brought out in open the issue of subtle sexism and how difficult it is to prove the same in the corporate sector.

What exactly is subtle sexism?

To be fair to many organizations, there are a lot of formal policies in place nowadays that do help woman employees feel safe in the workplace. There are enough ways to tackle sexual harassment and insubordination experiences that women can face with the help of specific committees that look into such reports.

But informal discrimination is what constitutes the majority of the ‘glass ceiling’ phenomenon. As Joan Williams, the founding director of the Center for WorkLife Law, UC Hastings College of the Law recently said, “Proving it (sexism) in a court of law is different than having enough information to know the environment is so pervaded with pitfalls that it’s time to move on”.

Work spaces, which are (mistakenly) assumed to be value neutral and objective, can easily become gender segregated through a number of ways. To start with, the corporate culture treats women workers as the exception and men as the norm. Offices are still occupied by a predominantly male workforce and this is evidenced by the numbers itself. There are very few women to be found in the upper and middle managerial levels. Women’s careers tend to plateau after a certain point due to a lack of proper support systems. For a lot of these workers, after tackling dual responsibilities at their work and home fronts, there is hardly any time left for fraternizing with their co workers or supervisors. This results in formation of ‘in groups’ where the male members inside a work team develop respect and familiarity with each other. Thus, we can see that this scenario can easily be likened to a ‘Corporate Frat Party’, where everyone except the women are invited.

Stereotyping and its effects

Negative attitude towards women can also be a huge hindrance to their careers. Assertiveness as a quality is valued differently for male and female workers (Or not at all for the latter!). The societal expectations of masculinity and femininity can be very restricting and the gender based stereotyping can eventually lead to sexual division of labour.

Sexist jokes about women being weak or incompetent at technical and analytical work is commonplace and leads to more exclusionary behavior. Women employees are not given enough challenging and satisfying roles and this affects their career trajectories. Then of course, many women can also face sexual harassment in the corporate world. Some of these claims can be proved very easily, but for an overwhelming majority of the cases, it involves a difficult process where a lot of social stigma gets attached to the victim.This eventually tends to harm her self esteem and career prospects.

The worst thing about subtle gender based discrimination is that it can often lead to poor performance, self doubt and mental and physical health issues for the women workers who cannot prove their claims in a formal capacity.

A lot of women eventually tend to self internalize the sexist practices, either ignore them or leave the workplaces altogether. There are hardly any support systems in place for women workers and even the Human Resource Department can find it difficult to quantify and deal with the exact nature of the discrimination faced by these women. All in all, it becomes an alienating and frustrating experience!

It is not just about hiring more women, but about “including” more women!

It is therefore clear that the need of the hour is to come up with strategies to identify and tackle informal or subtle sexism in an organizational setup. Work place inclusivity cannot merely be ensured by hiring more number of women. While it is true that representation does matter, the male dominated culture makes the working atmosphere uncomfortable for a lot of women workers. This needs to undergo a paradigm shift before gender equality becomes a reality for the corporate sector.

The most important step is to become aware of how subtle sexism manifests in the first place.

The idea is to offer women safe spaces to talk about their issues without being targeted as weak and unfit workers. In all, the basic understanding and awareness of how power works in society and inside organizations is crucial while tackling any type of discrimination. 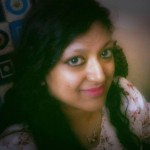 Trying To Make Sense Of Trichotillomania: Why People Pull Out Their Hair