SocietyEnvironment Feminism Vs Environmentalism And The Question Of Menstrual Choice

Our menstrual choices pose detrimental effect on us and our environment. How we consume, discard and dispose comes back to us in the cycle of nature.
By Arpita Bhagat May 13, 2015 4 min read

I’m often asked to choose between feminism and environmentalism, not just by feminists in the sector but also the colleagues and college seniors. While I have to often prioritize my work depending on the need of the hour, making this choice is not something I’m up for. How do you separate the two? As women, we are connected to mother earth through our femininity, ability to give birth, nurture and also, to menstruate. So, how is it that when we gain the ability to make informed choices, would we make the choice against nature (& ourselves)?

Menstruation! No matter how much we speak, write, converse about it, there is still so much to say, learn and talk! Through #periodofchange, we have been initiating a dialogue that touches upon the past and the future of what menstruation is, has been and perhaps, will be. Our menstrual choices pose detrimental effect on us and our environment – the distinction is hardly important. How we consume, discard and dispose comes back to us in the cycle of nature. That is indubitable. But where does feminism fit into this? In India, just about 12% women are using commercial disposable sanitary napkins and we are still generating 9000 tonnes of menstrual hygiene product waste every month. Unfortunately, as Lakshmi Murthy pointed out in our webinar last Saturday, using commercial sanitary napkins has become an aspiration, a symbol of high standard of living. Besides, with these napkins reducing the need for contact with blood and are ease to dispose off makes this aspiration even stronger.

This reminds me also of the discussion with a fellow woman this evening. She emphasized on the need for natural birth. Having gone through both cesarean and natural – she is a strong advocate of au naturel birth. But who wants (or rather needs) to go through the pain and the turmoil of natural birth when we can book dates with our doctors and get it over with? Isn’t it the same for our menstrual product choices?

Consumerism and advertising doesn’t make this choice easy either. It offers an escape from dealing with our bodies. There are cosmetics and easy-fixes for everything from acne to frizzy hair to attaining perfect size. The bodies of women are sold in easy-to-do packaging, shamed for our gender and sold by patriarchy. The marketers offer quick fixes. From pills (to stop periods) to sanitary napkins for heavy, medium and light flow – the market is booming! Our mothers never used disposable sanitary napkins. However, we grew up to be liberal, educated and empowered women with handy sanitary pads at our disposal. On the same hand, we are buying napkins sold in black polythenes and newspaper wrappers? We are complacent at being labelled sick and left out of prayers, kitchens and pickle jars.

For me, however, hiding my periods was never a choice. I suffered most of my menstrual years from dysmennorhea. I had to skip exams, take leaves and be bedridden. Both my brother and father understood from the very beginning. I took analgesic injections, sleep inducers and cried myself to disoriented sleep. So, being discreet and shameful about menstruation was never a prerogative for me.

Just last month, inspired by the pads against sexism movement students from Jamia and Delhi university marched together inviting people to come and see blood on my skirt. The youth demanded “free pads, free sexuality, free reproductive health”. This was only one such marches that resulted from the wave of menstrual activism instigated in Kerala last December when 40 women were strip-searched after having found a use menstrual pad in the toilet’s dustbin.

Menstrual activism asks to make menstruation everyone’s issue not just those of the ‘menstruators’. The movement is inclusive, with intersex people and transmen who bleed but do not necessarily identify themselves as women. This is where the third-wave premise of feminism also comes in.

Menstrual activism exemplifies third wave feminism because it includes, “‘feminist spiritualists,’ menstrual activists who work to reclaim menstruation as a healthy, sacred, empowering and even pleasurable experience for women,” and “radical menstruation” rebels who rail against the mainstream commercial products most menstruators use.*

This is how environmentalist’s concern meets with feminist’s (and menstrual activist’s) ask for better health, sexual freedom and information transparency as consumers. Also a perfect example of eco-feminists’ need for nurturing nature and speaking up for women’s empowerment.

These are the price we pay for patriarchy. The demands to be coy, presentable, well-behaved, possess perfect bodies, be good cooks, be tolerant of injustice (gender based violence, environmental injustice, child abuse), take blame for our harassment and be secretive of our menses. Battling even one of these makes the battle in the other easier in the longer run and in that, we must stand in solidarity.

Featured Image Credit: Come And See The Blood On My Skirt event.

Disclaimer: This article was originally published on The Kachra Project for the Period Of Change campaign here and has been re-published with consent. 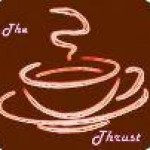 Gender + Environment and everything in between. Founder of The Kachra Project

The Favourite Portrays Delightfully Despicable Women And Their Power Equations