After a quick round of introductions, Japleen and Rashi explained the reason to create a group of young feminists and vision behind holding these meetings. Anchal explained that Zehen, the group that was established on similar lines was in the process of regrouping and would soon begin to hold public meetings once again.

The group started discussing about the tag of “feminism” and how it is associated with a lot of militantism, however, most of it stems from a place of misinformation and ignorance. It was then decided that out of the three topics decided last meeting – celebrity feminism could be discussed today.

Japleen asked what the group thought of the recent comment by the Dalai Lama about a female Dalai Lama having to be pretty. She also shared her experience about the interacting with Tibetan Feminist Collective on Twitter where the person behind the handled argued that the Dalai Lama had been misquoted and it had been taken out of context. Anchal pointed out that his immediate response was not to say, I didn’t mean that or to apologise but to say that he was joking. Humor has been used as a vehicle of sexism. Also, since there was a video of the journalist asking if he meant what he said, there is very little room to be misquoted. Robin said that the Dalai Lama has a history of being for equality and this one quote shouldn’t make him a bad guy. One thing that she believed in was “you can’t build things with anger, but with love” and she had reflected upon this in her journey and found it to be useful. Paras added that he wasn’t angry but rather was disappointed with what had been said by the Dalai Lama. Definitely, it didn’t negate everything else that been said by him in the past but this quote had to be called out. The question raised was whether we would react in this mild way if this had been said by an eminent person of any other religion, especially the Pope or a Mufti? Responding to Robin’s comment about not being able to build things with anger, Anchal said that anger is just as important as love, if not more. It reads in the same fashion as asking survivors to let it go, when they have a right to feel angry. It isn’t about the dichotomy of anger vs love, there are various emotions and each of them, fuel the movement.

The discussion then moved on to women’s spaces versus feminist spaces. Paras shared the experience of not being allowed into a mailing list because they were women only. Even spaces that are women only, cater to cis-women. It was cleared that this space would be open to all, the idea was to be as inclusive as possible, getting various groups together.

It was discussed if the feminist politics in India differ from those in the West because the struggles are different. One reason could because a lot of the rights that are enshrined in our Constitution but just because there weren’t visible struggles for those rights doesn’t mean that they didn’t exist. Women like Sarojini Naidu fought within the constituent assembly for universal adult franchise.

At the end of the meeting it was decided that:
1. We would have only one topic to discuss per meeting
2. One person can put together and circulate a brief of the topic that we are going to be discussing.
3. We will next meet on 24th – 25th October.

Once again, thank you Kranti and Robin for creating a wonderful space like Vakoloft and inviting us in. 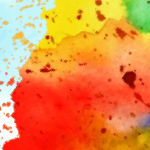 Why Endogamous Marriages Could Make Us An Unhealthy Population