But Ma’am, aren’t most of these cases false?

This is a now such a predictable question in every lecture or workshop I take on laws related to women, that I secretly wait every time for someone to raise it. Almost always, I mask my exasperation and counter question them, what makes you think most cases are false?

The confident answer I receive every single time is something on the lines of “I read some news/blog and statistics.”

If you ask anyone who works in the field of feminism, gender based violence and legal education in India, they will tell you that the perceptions of many people (who access social media) we interact with, with respect to what we call protective legislation for women that penalise forms of sexual violence is more often than not shaped by the kind of news they read and the kind of posts they see from what I like to call click-bait media pages and websites.

Gross misrepresentation and many times very badly researched articles on laws for women are inescapable in the digital world of media and are dangerous because we live in an age where social media is considered a legitimate source of legal knowledge.

On International Men’s Day, a set of posters titled “This Is How Indian Laws Are Misused against Men… So Unfair!” by Indiatimes (*the Facebook album has since been taken down by them) doing the rounds of several groups I am a part of on Facebook and WhatsApp left most of us confused and angry. Confused, because so many didn’t know if the statistics (that seemed to have been written by someone whose thoughts while making the posters would have been “now what numbers will get me maximum traction”) and the provisions of the Indian Penal Code targeted in the posters were in fact, the way they were portrayed.

Let’s dissect some of the more important points of argument in these posters which overlap with a thousand other posts/articles/websites on the internet that are running a smear campaign against laws for women and see the degree of falsity they are spreading in their representation of laws and their apparent “misuse” by women.

The section on adultery, implicitly if not overtly looks at the woman as a passive object with no personal agency who belongs to the husband.

Section 497 of the IPC defines Adultery as,

“Adultery.—Whoever has sexual intercourse with a person who is and whom he knows or has reason to believe to be the wife of another man, without the consent or connivance of that man, such sexual intercourse not amounting to the offence of rape, is guilty of the offence of adultery, and shall be punished with imprisonment of either description for a term which may extend to five years, or with fine, or with both. In such case the wife shall not be punishable as an abettor.”

The husband is the complainant in this case against a man who has intercourse with his wife “without the consent or connivance of that man”. So consent of the husband would not lead such intercourse to constitute adultery.

Quite frankly, I don’t know what the men are complaining about. This provision of law is designed for men by men to protect a man’s right to exclusively sleep with his wife and punish any other man who tries to encroach on his territory.

Since there’s no similar law where a woman can file a criminal complaint against her husband for adultery, men should actually be celebrating that there’s one law protecting their rights.

This section is a favourite target of men’s rights activists who want to discredit legislation protecting women so much so that a quick Google search on Section 498A will only show you websites dedicated to spreading “awareness” about the misuse of 498A in the top results.

The Protection of Women from Domestic Violence Act, 2005 (PWDVA) is a social legislation aimed at providing civil remedy to women facing domestic violence.

The claim that 98% cases filed under Section 498A or the PWDVA being false is very visibly cooked up.

Unfortunately, there being no specific data set focussing on only “false” cases and what constitutes a false case, there are all sorts of cooked up statistics that go viral accusing women of “misusing” this provision of law ranging from a more conservative 50% to a more bizarre 98%.

The manner in which the cases that are “false” are calculated and the flaws in how we perceive the statistics is summarised beautifully in this incisive piece by the People’s Union for Civil Liberties in an article in the Economics and Political Weekly titled ‘Final Reports’ under Sec-498A and the SC/ST Atrocities Act.

“False is a subcategory of final report, for example “Type of Final Report Unoccurred” in the studied state are following- “false”, “mistake of fact”, “mistake of law”, “non-cognisable”, “civil nature”.”

Also, while looking at all of the data and evidence we must also look at the sociological aspects. The number of women facing domestic violence who decide to take criminal action is very low, so the number of reported cases may not show us the actual picture of the rate of prevalence of domestic violence. Of the ones who do report, a sizeable number of women who withdraw their cases, don’t turn up in court to testify or change their testimony are often coerced or threatened with more violence to not go through with their complaints.

(As a mental exercise I urge you all to think why a woman who knows she will be shamed and ostracised by the society and perhaps her own family for taking “family matters to the court”, who may not have any place to go or source of income, who has to undertake the long process of actually getting a police officer to agree to file an FIR with the uncertainty of whether she will get justice, will file a false case just for kicks. There may be stray cases of false complaints as is present in all types of crimes, but that sure as hell won’t add up to 98%)

3. “According to IPC 354 any woman can send a man behind bars by a simple verbal allegation.”

This poster is wrong on so many levels. Firstly, the section the poster seems to want to refer to is Section 354A, not Section 354 which speaks of Assault or Criminal Force to woman with the intent to outrage her modesty.

Section 354A is a provision dealing with Sexual Harassment that was included in the IPC by the Criminal Amendment Act, 2013.

Section 354A of the Indian Penal Code defines sexual harassment as:

A man committing any of the following acts—
i. physical contact and advances involving  unwelcome and explicit sexual overtures; or
ii. a demand or request for sexual favours; or
iii. showing pornography against the will of a  woman; or
iv. making sexually coloured remarks, shall be guilty of the offence of sexual harassment.

However it is a crime, a very common, persistent crime especially in public spaces. So forgive me if I deprive you of the joy of commenting on me and file a complaint. It is not a compliment. It is not a “verbal allegation.” It is sexual harassment.

This particular poster I actually found funny because it’s so manipulative. The statistic seems to have been lifted from a news piece in The Hindu without any context whatsoever. The statistic of 53.2% false cases referred is limited to a study of cases in Delhi.

I reiterate that the structured social oppression of women ensures that women never speak up, especially when they face violence. The fear of social stigma, whether the authorities will believe them and other such barriers lead to very low rates of reporting of sexual violence crimes. It is therefore very unlikely that an overwhelming 50% of women may file false cases.

5. “In India, Criminal Lawyers have a template of IPC 498(A) ready. They just change the names of family members, and a FIR is ready.”

An FIR or a First Information Report which is filed at the police station has a standard format regarding all information that ought to be included in the report.

These posters seem like the author ran out of “unfair” laws to portray and there began making up arbitrary random scenarios that the only permitted reaction to them should be laughing out loud.

The definition of what constitutes domestic violence under Section 3 of the PWDVA most definitely does not include the scenarios that the posters claim it includes.

This set of posters is only a drop in the ocean of heavily skewed information that is consumed by people on the internet. Even though simple fact checks could clarify laws and shatter the deliberate misinformation being fed to us, it is evident that people are buying these arguments and forming opinions against women and the laws that seek to protect them.

This is translating into a new layer of suppression that is silencing women who are affected by this misinformation that they heard from someone or read somewhere and begin to have fears and doubts about telling their story or seeking legal justice. Which is in turn affecting the reporting rates of sexual violence where in women are forced to factor in possible social implications of their decision to report and the long battle that lies ahead for them.

Click-bait media material on the internet that target women and “gender biased laws in favour of women” therefore have deeper implications than just the immediate shock value or the occasional Facebook/WhatsApp debate and is affecting the state of reporting, police attitudes and judicial actions particularly through the “look at the number of false cases” argument.

For everyone who hears someone they know talk of “false cases or misuse of law” argument stemming from something they read in the media, start digging deeper into the arguments, you will see them fall apart. 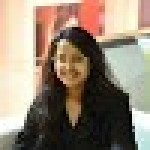 BJP Manifesto For UP Elections 2022: Yet Another Agenda With Grave Communal & Patriarchal Undertones