CultureBooks Not a Review but a Request: Read This Book — Hatred in the Belly

Not a Review but a Request: Read This Book — Hatred in the Belly

Hatred in the Belly is education for people unaware of deeply-rooted caste politics.
By Unmana Apr 14, 2016 2 min read

Annihiliation of Caste is Dr. B R Ambedkar’s seminal work, a rigorous, thoughtful critique of Hinduism that should be made a mandatory reading in India. What’s wrong then, with this spanking new edition, published by Navayana, with a long introduction by the brilliant Arundhati Roy?

The pieces in this book break that down. The title of this book, Hatred in the Belly, derives from a speech by poet Joopaka Subhadra, translated from Telugu, and referring to upper-caste feelings towards Dalits. The book is a compilation of essays and lectures, Facebook rants and cartoons that express discomfort with the idea of an ‘upper-caste interpretation’ of a piece that has been crucial to the Dalit rights movement.

This book is an education, especially for those like me who are vaguely anti-caste but have never done the hard work of learning and understanding. It explains exactly why this edition of Annihilation of Caste published by Navayana is appropriation; appropriation of the leader, the prophet of the anti-caste movement and packaging of his words for marketing to an ignorant, privileged audience. (Including me: I bought the Navayana edition as soon as I read the excerpt of Roy’s Introduction in the Caravan.) It demonstrates how the audience, the reception this book automatically got because of Roy’s writing is ironical given the lack of visibility given to Dalit writers, even to Ambedkar. It illustrates just how narrow, how privileged the lens of the liberal elite in India is, and how we perpetuate the same cycles of violence seen across the world, with the white saviour, or in this case the privileged upper-caste saviour, stepping in as the champion of the people who are being oppressed by the privileged ones.

Roy had said, much earlier, that she is not the ‘voice of the voiceless’, and that “there’s really no such thing as the ‘voiceless’. There are only the deliberately silenced, or the preferably unheard.” Dalits are very much the latter, and Gaurav Somwanshi’s essay The battle against caste is not just some ideology, it’s our existence explains just how hard it is to get texts by Dalit authors into non-Dalit spaces — publishing houses and bookstores and by extension, homes, let alone schools and libraries.

Given the severe marginalisation of Dalit voices and the systemic violence meted out to them, having Roy introduce the text instead of a Dalit scholar — or even a non-Dalit scholar — with a more nuanced understanding and deeper study of the issues would have made more sense. This feels like more of the ‘deliberate silencing’, especially when Roy’s introduction is as much about Gandhi as about Ambedkar, and very little about Annihilation of Caste itself.

It seems important to explode the myth of the Mahatma. But that exploration/explosion should be separate, and using AoC as the vehicle seems opportunistic, or lazy. Ambedkar’s arguments were against Hinduism, against caste, and the setting up of a supposed feud between ‘The Doctor and the Saint‘ (the title of Roy’s introduction) detract from the significance of Ambedkar’s text.

This text indicts all of us who aren’t Dalit, who would buy Navayana’s book but haven’t read much of Ambedkar’s works otherwise, who need globally renowned writer Arundhati Roy to introduce us to the man who had the most interesting, radical things to say about religion and equality in India much before anyone else. 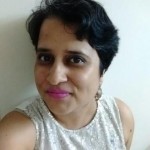