Feminist news from around the country in a quick wrap.
By Bhamini Lakshminarayan Apr 24, 2016 3 min read

In February 2015, a now-former employee of The Energy and Resources Institute (TERI) filed a sexual harassment complaint against Nobel-laureate and Director-General R.K. Pachauri. At the time, he was forced to step down from the IPCC and TERI, though he soon returned to TERI as Executive Vice-President, despite two more complaints of sexual harassment leveled against him. Recently, Pachauri filed a civil suit case against one of the complainants and lawyer Vrinda Grover, for “false and frivolous allegations.” His suit includes attempting to gag Bennett Coleman & Co Ltd, NDTV, India Today, and the Information and Broadcasting Ministry from reporting on the statements of corroboration made by other sexual harassment survivors. However, in a recent development, the governing council of TERI decided to terminate Pachauri’s employment as Director-General/Executive Vice-President/Member of the Governing Council with immediate effect last week. We can only hope that the courts similarly reject his civil suit!

In a concurrent instance of sexual harassment by men in power, a video of Madhya Pradesh home minister Babulal Gaur has gone viral for his allegedly inappropriate touching of a woman while she boarded a bus service in Bhopal that he had just inaugurated. The politician has defended his innocence, and no FIR has been filed.

On Facebook, a post about a conversation overheard on a metro in which a ‘badass aunty’ tells off a pair of men for their sexist comments went viral. As a consequence of sharing this post, however, the original poster Dyuti Sudipta has been targeted by hateful and misogynistic comments and threats of extreme physical and sexual violence from complete strangers.

In a recent Ola ad that has since been taken down, having a girlfriend was compared to riding an Ola, as things that a smart and upwardly mobile man can derive results from when he pays for them. But while the girlfriend was said to cost Rs. 525/km, the Ola Micro would cost only Rs.6. Protests against the ad resulted in its being removed, with Ola semi-apologising on Twitter for ‘hurting some sentiments’ – but not for the ad itself.

In a recent Tanishq ad, a young woman receiving an award for her entrepreneurial skills says that she finds it hard to give a ‘thank you’ speech, as she is much more used to saying ‘sorry’. Whether or not it was intended by the advertising firm or the brand, the ad successfully seems to capture the climate in which young women are raised – in which they are taught to be apologetic for their work when it is outside the home. This is most articulately captured when the woman ends the speech by saying “Thank you for putting up with me,” an apology still inherent in the statement.

The total death toll of civilians who have organised to protest the alleged molestation of a minor girl in Handwara has risen to five. For several days, locals had protested against the army post which has been located in their main market for more than a decade, leading to curfew-like restrictions. While the survivor of the alleged molestation gave a statement claiming that she was not molested by an army officer, her mother argued that this was forced through intimidation. The statement was re-made before a magistrate, and the focus has now seemingly shifted to tracking down two young men she named in her statement. While schools have reopened in the area, the young girl has not returned to class because of the hostility of her classmates.

In the meantime, the government of J&K has announced a plan to crackdown on social media services like Whatsapp, likely to need a license of sorts to create a news group. Is it any wonder, then, that India ranks a lowly 133 out of 180 in 2016 ‘World Press Freedom Index’?

Spontaneous protests erupted last week in Bangalore when a newspaper report announced that workers would not be able to withdraw their employer’s contribution to their provident fund (PF) until 58 years of age. This would have prevented workers from accessing their PF, even in the case of severe emergency. Without the apparent mediation of Union leaders, garment factory workers, predominantly women, took to the streets in protest – ultimately leading to an immediate and unconditional rollback of the new norms. In Chandigarh, the NGO Volunteers for Social Justice (VSJ) organised a state-level convention focused on educating nearly 1,500 women who work in the local brick kilns about their rights, particularly about their right to register for the Employees Provident Fund.

What We Are Reading

This week, we said goodbye to the artist formerly known as Prince, who died in his home on Friday. Prince, like David Bowie who passed away earlier this year, reminded us about shifting gender identities, and helped contribute to mainstreaming the idea that there was no “one way” to be a man.

BUT, if that’s not enough:

This week, we take a trip down memory lane and consider a cartoon that taught some of us so much about the politics we would stand by, and remember Why the Powerpuff Girls’ Feminism Still Matters. 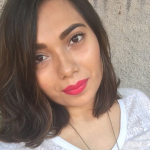 Yoga-tta Be Kidding Me: Capitalism and Gaslighting in Modi’s India