The Women's Studies Department at Alagappa University offers courses on home science and beauty therapy, because what could women be good for?
By Shriya May 18, 2017 3 min read

While going through the list of these colleges and universities and the courses and degrees they offered on Women’s Studies, I came across to the ‘Department of Women’s Studies‘ of Alagappa University, Tamil Nadu. Being a Women’s Studies student myself, the Masters Course provided by the department gave me utter shock. It provides a ‘5 year Integrated MA in Home Science with specialisation in Nutrition and Dietetics and Garment Construction‘. It also offers a credit course on ‘Introduction to Gender Studies‘ as an elective for other departments in the university. The Department also offers a certificate course and PG Diploma in ‘Beauty Therapy’. But of course!

In Women’s Studies where we talk about the empowerment of women, women’s rights, breaking the existing power relations or going beyond stereotypical gender roles, universities and departments of Women’s Studies like this fail the whole rationale for the inclusion of Women Studies in the course curriculum. The university and the department is not only failing to motivate women but actually reinforcing the gender roles of the society, the disintegration of which was the original target of Women’s Studies as a subject.

A Masters in Home Science is the only Masters course in the department and sidelining the foundation of Gender Studies makes it quite obvious that the university and the department still believe that women excel only in certain ‘homely‘ or domesticised jobs like ‘cooking, nutrition, stitching, clothing and so on‘ Thus, the only space where women can work is within the household. Not only is the University reinforcing gender stereotypes, but it is also engendering labour by labelling the suitability of professions based on gender.

I felt so astonished after looking at the course that it felt like the things that I’ve been taught for so long have failed me and all of my classmates back at university. I especially felt betrayed because works done by UGC, the pioneers of Women’s Studies Movement and the Towards Equality Report gives me hope.

The existence of such courses misrepresent feminism and portray that the place of the woman is the household. If an educational institution believes that Home Science is the only stream suitable for women to study, then definitely they are reproducing another generation of people with patriarchal ideologies, who will take the existing inequalities further, to another level.

As soon as I came upon the link, I shared it with the social media group that my class has. After viewing the link one of my male classmates replied, ‘As per the information on the website, the Department offers a Five years M.A. in Integrated Home Science with a Specialisation on Nutrition and Dietetics and Garment Construction from the academic year 2016-2017. How does any of this empower women? Rather, is empowerment of women bounded in the knowledge of garment, nutrition, etc? Doesn’t this reiterate the stereotypical gender roles of caring and nurturing? Women’s Studies is an innovative course developed to challenge the existing power relations in our society. The course provided by Alagappa doesn’t facilitate or question this.’

After reading my classmate’s reply the thought that rushed into my mind was that, maybe if a proper sensitisation and awareness is given then power relations can be challenged and equality can be achieved. At this juncture what I would like to do is question the UGC, which seems very confused in it’s orientation, because it grants both Women’s Studies Centers which are the hotbeds of heated discussion on gender and sexuality and at the same time grants permission for centers like Alagappa University, which indulge in gender stereotypes. What is the UGC trying to say then? Yes, you can talk about gender but you still have to cook and clean!

I can only imagine how feminist stalwarts and proponents of Women’s Studies in India like Neera Desai and Vina Mazumdar would be apoplectic with rage after seeing the course curriculum!

On an ending note, I wish I could demonstrate to the students aspiring to take up the said course at Alagappa University that they are being tricked into believing that they are actually attaining empowerment. Empowerment and application of self agency is a goal which is far far away, even for us, those who believe they are ‘enlightened‘ about gendered oppression. 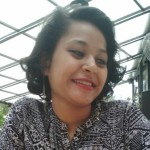 How Jayalalithaa Combatted the Sexism in Tamil Nadu Politics

Ranjana Nirula And Her Lifetime Of Work At The Grassroots | #IndianWomenInHistory