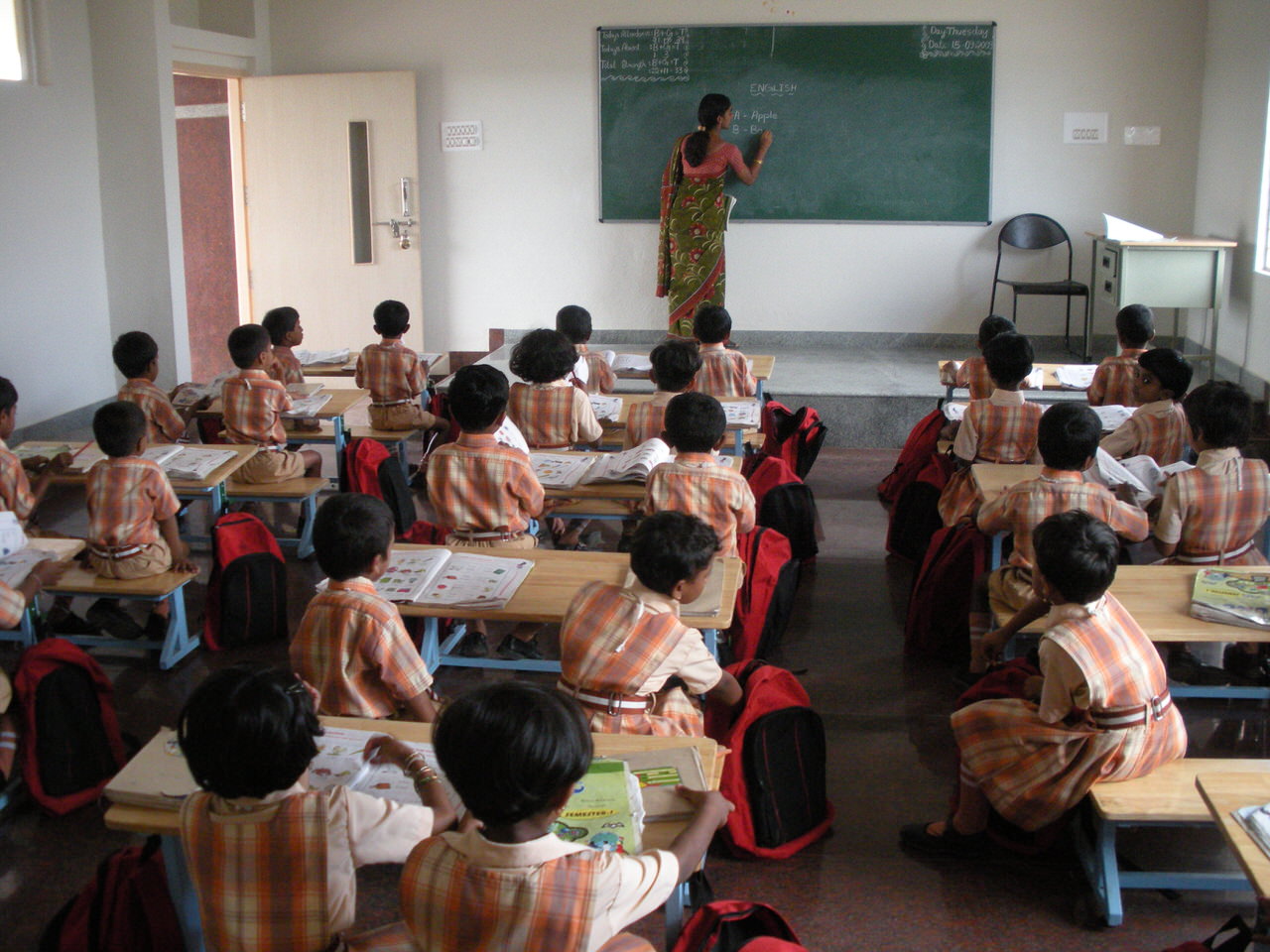 When I was in 8th grade, there was a new ‘joke’ spreading in my school. “Sone ka bhaav kya hai?” (What is the value of “sone”?) the boys would ask us girls, sniggering. The joke hinged on a crass pun, you see. Most of the girls would assume that ‘sona’ meant gold, and would respond accordingly. But ‘sona’ also meant sleeping. So what the guys were actually asking the girls was “What’s the price of sleeping with you?” or “What’s your rate?”

Classrooms are rarely free of ‘non-veg’ jokes and sexual innuendos. Cast your minds back to the good old school days, and your memories will be peppered with ridiculous songs (A and B sitting on a tree, K-I-S-S-I-N-G), words turned into cringe-worthy acronyms (IDIOT = ‘I Do Ishq Only Tumse’, a Hinglish version of ‘I love only you’), inappropriate and often offensive language (‘randi’ meaning prostitute and ‘gay’ among others) and uncomfortable physical contact.

While many dismiss these instances as just puberty, I call them the beginning of normalized sexual harassment.

There is a shared understanding of why this happens. That children are sitting ducks hit by the sudden wave of hormonal imbalance and biological change. They want to talk about sex, but no one else wants to talk about it. So the topic of sex becomes taboo, finding an outlet through humour and inappropriate touching. But while many dismiss these instances as a symptom of puberty, I call them the beginning of normalized sexual harassment.

Let me give you an example. When I was in 10th grade, a boy in my class decided he liked me. Let us call him X. X would stare at me all day in class, making me self-conscious. But that discomfort was nothing compared to the disgust I felt when he tried to touch me. You would say there was nothing inappropriate about him touching my arm (which is all he did), but it was a bad touch, the kind that would bring a huge smile on his face, after which he would turn around and look at his friends, who nodded encouragingly. His hands would linger, and I would flinch, and pull away from him. But he would keep finding ways to touch me; during conversations, and while walking past me in the classroom, or in a crowded corridor.

at no point did it occur to me that I could just say ‘No’.

I wanted it to stop, but I did not dare to go tell the teachers or my parents, afraid that they would think I was a ‘bad girl’ who consorted with boys. Deeply troubled, I confided in my friends, who promptly began teasing me with him. “He’s doing that because he likes you!” they said. I was filled with disgust and shame. I was finding it difficult to focus on my studies, and I blamed myself for not being able to ignore the whole thing.

But at no point during this entire ordeal did it ever occur to me that I could just tell him to stop. That I could just say ‘No’. I finally got X to stop, by seeking help from his bulkier friend, Y. Y then proceeded to follow me around for a year, believing that I had ‘chosen’ him over X.

Looking back, this incident and my inability to handle it well seems ridiculous, trivial even. But it was all-consuming for a harrowed student preparing for her board exams. And if you think that these incidents are just harmless distractions, think again.

In 9th grade, a boy in my class had started molesting girls who had the misfortune of sitting on the bench in front of him, by groping their butt. No one said a word, except for one girl. Let us call her S. She got up from her seat in the middle of a lecture, and gave the boy a resounding slap. The teacher paused, called S to the table, spoke to her briefly, then did nothing. The next time S slapped him during a lecture, the teacher ignored the incident and continued teaching. In the course of that year, S slapped the boy five to six times. Of course responding to harassment with violence does not always end well. But back then S was my personal hero. Because she could do what I couldn’t. She could say ‘No’.

We don’t think of such instances when we talk about sexual harassment. It has been relegated to the domain of the public; the deserted streets, the high-spirited bars, the crowded trains. But we forget that sexual harassment and molestation can also take place indoors; within the boundaries of our own homes, and in classrooms.

Unfortunately, India’s legal system is far from equipped to deal with the complexities of sexual harassment. Until five years ago there was no legislation to curb or even acknowledge the sexual abuse faced by minors in the country.

But a study conducted by Ministry of Women and Child Development in 2007 across 13 states showed that 53 percent of Indians between the ages of 5 and 18 reported facing some form of sexual abuse, out of which 53 percent of the cases were reported by males and 47 percent by females. The Protection of Children from Sexual Offences (POCSO) law was finally passed in 2012, criminalizing child rape, harassment and exploitation for pornography. Now it is slowly garnering attention, with mainstream movies like ‘Kahaani 2‘ bringing the issue to the forefront.

Until 5 years ago there was no legislation to curb or even acknowledge child sexual abuse.

But the discourse is still limited to minors being harassed by adults in positions of power and influence (such as relatives, family friends and teachers). A study in the schools of Goa in 2003 showed that 33 percent of students studying in 11th grade said that they had been verbally abused by fellow-students in the past 12 months, while 18% reported physical abuse.

This kind of abuse has been normalized and often glorified in popular Bollywood movies, from the recent ‘street-harassment’ songs to the earlier ‘college-harassment’ ones. Songs like ‘Khud ko kya samajhti hai’ and ‘khambe jaisi khadi hai’ have normalized harassment of girls in colleges for being too rich, too smart or too fashionable.

The conversation around similar harassment in schools is negligible. There is a growing awareness about this in the US, where a survey showed that 48 percent of students faced some form of sexual harassment in the 2010-11 school year. But while US has acknowledged the importance of curbing abuse at a young age, India is still several steps behind.

The obvious step that India can take is to establish committees in educational institutions to address such grievances, like the ones made mandatory for work spaces. But this only serves as a band-aid to the problem, and a very poor one at that.

The first step towards addressing these issues is to acknowledge that these instances of sexual harassment do not appear out of the blue. They are symptoms of a much deeper problem – a lack of understanding of personal space and consent.

When our peers crack dirty sexual jokes in front of us because they think we are cool and one of them, we do not want to dispel this notion by expressing our discomfort. When someone stands a little too close for comfort while talking to us, we force ourselves to get used to it, because that is how they talk to everyone. These are minor negotiations that we start making in school, and continue making in our lifetime. We choose likability over comfort, because that is what we are taught to value.

This reflects back in our schools, where teachers themselves often fail to understand consent. In 7th grade, a boy sitting behind me in class would touch me at inappropriate places between the waist and shoulder (think sideboob). He did not understand why it was inappropriate for him to touch me there, when the boys did not mind it at all. In fact my annoyance seemed to encourage him further.

Fed up of his tactics, I walked up to the teacher one day and complained about him. But the teacher addressed the situation not by shouting at him or explaining what he was doing wrong, but by simply asking him to sit somewhere else. I went back to my seat feeling extremely dissatisfied. I knew this wouldn’t change anything. He would just torment another girl who might be too frightened to report him.

This is a pattern we see all through school, where issues of body and personal space are left unaddressed, and often ignored. This discourages students from sharing their concerns with the teachers, who themselves are unsure of how to deal with such incidents. In a culture where all sexual contact is bad sexual contact, they do not want to be the ones explaining sex to children.

The change we need will happen slowly, with seminars and workshops for teachers to sensitize them to the concepts of the body and consent. Maybe we can develop a set of guidelines that teachers could follow when such incidents occur, to ensure they are handled in a firm and sensitive manner.

Maybe we could have videos for students on consent and what is considered appropriate or inappropriate in the classroom, like the period video they show adolescent girls in school, but less annoying. A few non-profits are already working in this direction, by providing gender sensitization workshops for teachers. But looking at the state of educational institutions in our country, and their sheer number, we have a long way to go.

Towards a Better Future

Sexual harassment is only a small part of the abuse that can be faced by minors in schools today. I cannot even begin to enter the domain of the sexist, homophobic, racist and casteist jokes and slurs thrown around often. And with the rise of social media, the abuse becomes more creative and violent by the day. The continued acceptance of such humor shapes the way we look at others and ourselves. It creates divisions of us and them, and generates an atmosphere of intolerance.

If schools are our first step into modern society, then adolescence is the perfect time to cultivate ideas of inclusivity and acceptance. To build a more nuanced understanding of gender, sexuality and the body, and to weed out sexual violence from our vocabulary. If we are able to make our classrooms harassment-free, the deserted roads, the crowded trains and the entire internet would become much safer for us all.

Beyond Barricades: Police Violence Against Women In CAA Protests

History Nivedita Jayakumar - February 17, 2020 2
These marks are found to be engraved after the pot is dried, indicating that these marks were not made by the potter but by the user, mostly women who must have had a high literacy level.