The representation of Muslim women in Indian cinema has been meagre. There are hardly any films solely dedicated to them. In films where they can be found, their roles are often diminished or stereotypical.
By Aqsa Khan Jul 7, 2017 5 min read

The representation of Muslim women in Indian cinema has been meagre. There are hardly any films solely dedicated to them. In films where they can be found, their roles are often diminished or stereotypical. Starting from the 1970s to the contemporary state of Bollywood, their representation has conformed to norms, even when those norms have gradually changed.

When one thinks back in time to the how Muslim women were represented earlier in the film industry, the most common representation has been in the form of a tawaif (courtesan or dancing girl). Films like Mughal-e-Azam and Umrao Jaan are ideal examples of the same. Dressed in glorious dresses, shimmering in gold and silver, the characters of Anarkali (played by Madhubala), and the character of Umrao Jaan (played by Rekha) were overtly sexualised despite being covered from head to toe. They would entertain guests and nawabs by singing and dancing but would remain pure and chaste, thereby desirous of marriage. The storyline framed for such characters would almost always imply that the women are into the profession of being courtesan because of lack of a proper family, or economic stability but never out of choice. And even as they explore the world of attraction and infatuation, they do so while maintaining their chastity and purity. The sexualised job of a courtesan is ironically presented without the conscious sexual feelings of the woman. The only feelings visible would be largely on behalf of the man, and even when the woman is shown interest in the man, it is shown as a purer love lacking any sexual desire.

The second most common type of representation is that of the silent Muslim woman, subservient and easily oppressed. The character of Zara in Veer Zara is an ideal example. While at the beginning of the movie she is shown as the vocal young woman who has the courage to be herself despite others wanting her to change, as the movie progresses she falls into the trap of being a lonely woman pining for the hero. She is shown as the passive woman who her lover must fight for. A slight twist in the storyline and she is easily put into a position where she lacks agency and must rely on someone to carry her messages to her lover, who can ultimately rescue her. 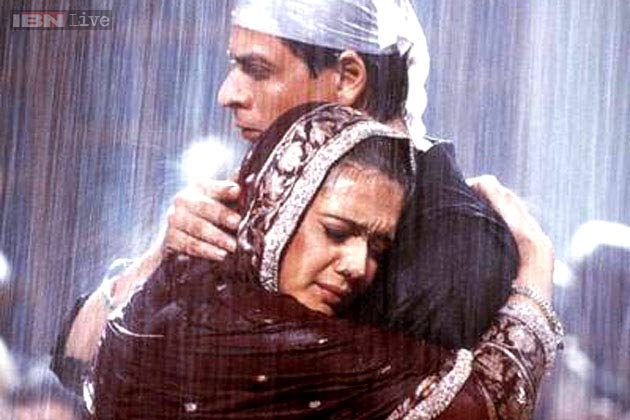 While the character of Zara, was accompanied by the character of Saamiya (a lawyer) in the movie, within which the latter was a much stronger portrayal; yet the lack of any character development of Saamiya, accompanied by the flatness of her character made her almost like a passive tool of the movie, not someone the audience would deeply associate. Overall, the portrayal that the audience goes home with is that of the subservient Zara, and not the stronger Saamiya.

The third portrayal of Muslim women in Indian cinema can be traced to movies like Fiza and Mission Kashmir, and in more contemporary movies like Raanjhanaa. The character of a woman who is patriotic, loyal and decisive in her ideals, were different from the most common portrayal. However, a closer look at these characters makes one realise how these characters were also very stereotypical.

The story of a man gone astray on his principles, and a woman who will offer to be a good influence in order to change the man, is the most cliched idea of womanhood. The identity of the woman as epitomising ‘goodness’ was represented in both the movies, Fiza and Mission Kashmir. The ‘goodness’ of these women shone only in contrast to the ‘badness’ of the man. It was almost as if the characters existed only because the portrayal of the man required them to be present as a binary.

Further, the apparent inextricable association shown between Islam and terrorism in the two movies is highly problematic. The only place where cinema tried to explore the lives of women with political opinions and view, it did so by stereotypical representation of the religion. Despite the movies exemplifying patriotic characters in women, their representation as independent figures failed to a large extent. The women are almost shown as symbolising the feminine national force, the nurturing and goodness of “Bharat Mata”, epitomising sacrifice and balance.

As for movies like Raanjhanaa, the portrayal of the woman was like a regular young Indian girl caught between family expectations, an inter-religious love story, and a political career. What stood out in the movie was the last mentioned political identity given to the Muslim woman (named, Zoya). However, here too, her career in politics rose out of her association with the man she is in love with. In fact, by the end of the movie, she is shown as fulfilling the dreams of her dead lover but is almost emotionless.

A scene from the movie Raanjhanaa. (Image Courtesy: muskurahat.pk)

Also, when considering the movie specifically from the point of studying the representation of Muslim women, there is only a limited angle to do so. The character of Zoya could have belonged to any other religion and the storyline would have come out the same. It was a balanced representation, with its pros and cons. Since the movie did not explicitly focus on any aspect of the woman’s religion, it stayed away from any stereotypes that might come along with it. On the other hand, the movie with its diverse characters and the inter-faith romance had the possibility of exploring in depth the life of a Muslim woman in a Muslim household, something which the movie did not do. A clear and holistic representation of Muslim women was missing in the movie.

The characters of Muslim women in Indian cinema have been largely flat, representing parts of the whole. There is hardly any movie exploring ideas like a conscious sexuality of Muslim women, or their political identities in themselves. The movies lack holistic representations, the characters lack articulations, and various strings of a Muslim woman’s life are still left untouched.

While it is true that movies impersonate the visible reality, and are definitely becoming more inclusive with time, it is also true that the visible reality is often demarcated by stereotypes. There’s a lot yet to be explored by Bollywood in the lives of Muslim women, and with upcoming movies like Lipstick under my Burkha, one can only hope that the revelations happen soon.

Kamala Sohonie: First Indian Woman To Get A PhD In Science | #IndianWomenInHistory

The Politicisation Of Air Pollution Warnings