Sibling abuse is an elephant in the room in many families, and in the larger society as well. Aggression and violence between siblings is more often than not shrugged off as ‘Sibling Rivalry’, and is justified with inaccurate psychological explanations and birth-order stereotypes such as ‘the jealous older child’. We talk extensively about bullying and domestic violence, however, sibling abuse (physical, emotional, sexual) is rarely brought forth in these discussions. When we talk of domestic violence, we instinctively think of partner violence, and the idea of victimization of one sibling by the other is treated as an impossibility. Sibling abuse is a very real phenomena but it will always remain an elephant in the room, and I’m going to tell you why:

I live in a five-member family which includes my parents, two brothers and me. I’m the middle child. My elder brother is 3 years older than me, and he isn’t the stereotypical elder brother; neither is he responsible nor protective. Ironically, he’s been my biggest bully since childhood. My earliest memory of him hitting me was when I was around 4 or 5 years old and refused to eat peas for dinner. I’m not kidding. We fought often, and these fights almost always turned violent, with both of us throwing punches and kicks at each other. However, my brother was always the first to raise his hand, and mostly because of my refusal to give in to his demands. He wanted things to be a certain way, and when I’d disagree or refuse, he’d resort to physical violence.

Aggression and violence between siblings is more often than not shrugged off as ‘Sibling Rivalry’.

The intensity of such violence escalated as he forayed into his late teens. The altercations could no longer be regarded as ‘ordinary’ sibling fights. There was something more to it than just sibling rivalry or trivial disagreements. They were especially violent, and often involved him using extreme force or objects to batter me. Although we mostly stayed aloof, we were made to share certain resources together, like the computer, that made our interactions unavoidable. Many of these altercations were over the computer (whose turn it is, etc.), which would sometimes end with him hitting me with the keyboard, and me screaming and crying unstoppably.

Also read: Sibling Abuse Is Predictable, As Is Its Damage

There was a particular power structure in place that made him believe that he had authority over me; he was older, male, and physically stronger. Patriarchy. Every time I would challenge his authority, he would resort to violence. I remember this one time when he hit me for addressing him with his first name and not ‘Bhaiya’. He regarded this as an act of disrespect. He grew more intolerant with age, and began to behave like he had the ultimate authority in the household.

When he left the city for college, things became more peaceful at home. We all lived in harmony and there were only rare disagreements between me and my younger brother. But every time he came home for vacation, an altercation invariably broke out. And they were all very violent in nature. He was now an adult, big built and and stronger than the average man of his age. He once hit me because he felt insulted by my way of speaking to him. He started with the threat that if I didn’t police my tone/treat him with respect, he’d get violent. I could’ve easily stayed silent and apologised, and saved myself a beating but what he was doing was just not fair, so I didn’t budge.

There was a particular power structure in place that made him believe that he had authority over me; he was older, male, and physically stronger.

Both of my parents had 9 to 7 jobs, so a significant number of these instances took place while they were away at work. I would complain to them about my brother’s aggressive behaviour, but they would always tell me to ignore him and keep away. Not that he was let go with impunity, he was also reprimanded. But I was made to believe that I was to be blamed for my own suffering. I was always told that all of this could have been avoided had I ignored him. I was told to be peaceful.

Mind you, my parents are amazing parents. They’re extremely progressive, and love each of their children very much. However, they went horribly wrong in addressing this issue. They failed to grasp the nature of the situation and regarded this issue as the usual case of ‘healthy sibling rivalry’. Their complacency gave me a sense betrayal on their part. They failed to realise that there was no level playing field; he was much older and physically stronger, and how it was affecting me psychologically.

There were times I felt like running away from home, or even taking my life. After every violent episode of bullying, I would go to my terrace, cry for hours and contemplate jumping off of it. I was tired. I was angry. I was helpless. I hated my parents, and my family in general. I felt like no betrayal could be a bigger than your parents staying silent to your suffering, and blind to your pain. “It’s been going on for too long“, I’d say to myself, looking down at the ground from my balcony. My self-esteem had hit rock bottom, and my family had completely lost my trust.

The last time he hit me was 6 months ago. Why? Because I was ‘answering back’ to him. So, here I am, a 21 year old, raging feminist, who gets punched in the face and thrown around for answering back to her patriarchal, short-tempered, misogynist of a brother. I cried endlessly that night because I was filled with anger. I wanted to do so many things. I wanted to file a complaint with the police, publicly call him out on social media, and run away from that negative, abusive space forever. But doing any of the above meant bringing negative attention to my family, upsetting my parents, and breaking the family apart. So instead, I approached to my parents for help. They listened, and watched me cry, but nothing came out of it. “That’s how he is. You have to stay away from him.” They had no other remedy.

The fear of “Log kya kahengey?” leads families to push issues under the carpet.

I keep wishing that my parents had an understanding of feminism back then, because decades of unchecked patriarchy led my brother to become the way he is. His actions were normalised by the traditional patriarchal notion ‘boys will be boys‘, that frees men of all answerability. This invariably results in victim blaming, mandating women to change their lifestyle to ensure their safety. Moreover, since family is seen as sacrosanct, cases of violence with the family space are never addressed. Any form of intervention comes at the cost of loss of social prestige. The fear that “Log kya kahengey?” (What will people say?) leads families to push issues under the carpet and silence the victims.

Sibling abuse is a type of abuse that is not taken seriously, and often mistaken for healthy sibling rivalry between children. Noise, arguments and friendly rivalry are frequent between siblings, however, sibling abuse goes beyond friendly roughhousing—it could involve battery, sexual molestation, rape, verbal abuse, psychological manipulation, or any other violence between siblings. It has deep psychological effects on the victim often resulting in depression and lower self-esteem. Hence, it is extremely important for parents to be able to differentiate between abuse and healthy sibling fights. There’s a significantly thick line between the two.

It has deep psychological effects on the victim often resulting in depression and lower self-esteem.

“Minor is the fact that one turns off the TV and grabs the control, and they’re fighting about it,” Bank says. “Minor is one got a bigger portion of ice cream and stole the other person’s portion. Major is siding with a sibling’s friends against a sibling. Major is blackmail – if you don’t do this, I will do something terrifying. Major is sexual contact. Major is the repeated use of painful physical force to get something which the sibling is not entitled to.”
Bank is co-director of Bank and Hiebel Family and Child Associates in Middletown and co-author of The Sibling Bond. 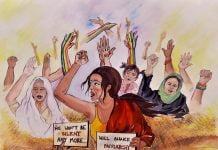 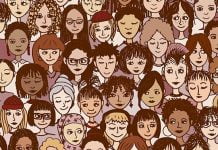 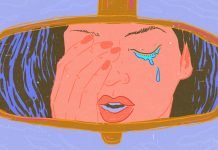 What Is All The Stigma Around Crying? 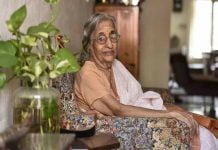 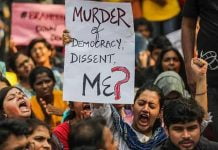 Protest! But Remember To Take Care Of Your Mental Health

Remembering The Gendered Harms Of Demonetisation