SocietyLaw & Policy My Modesty Is Not Outraged, I Am! Patriarchy In The Language Of Law

My Modesty Is Not Outraged, I Am! Patriarchy In The Language Of Law

Sexual harassment, when legally translated, is the "outraging of a woman's modesty". What then, is 'modesty,' and how does it get 'outraged'?
By Avantika Tewari Aug 28, 2017 6 min read

Sexual harassment or assault against a woman, when legally translated, is elaborated as the “outraging of a woman’s modesty”, according to Section 354 and 509 of the Indian Penal Code. So what exactly is ‘modesty,’ and how does it get ‘outraged’? The problem that is posed before us when we encounter narrow legal lexicon is that they delimit the way in which we are able to imagine and engage with a feminist politics which is emancipatory within the framework of law, given the language which may not always be able to reflect feminist politics of justice.

what exactly is ‘modesty,’ and how does it get ‘outraged’?

With a change in the language, a change in the terms of interpretation, representation, reference and engagement follows. Hence, it is not a pedantic exercise to think of alternate categories in which law can write itself for that further implicates a larger shift in the political discourse.

The struggle to get a ‘Sexual Harassment of Women At Workplace’ marked a fundamental shift in the legal discourse which has continued to suffer the syndrome of translating cultural categories into legal categories. In the Indian criminal law, sexual harassment of women had not been enunciated as a juridical category of crime until the Vishakha Judgment came about in 1997, because of the struggle of Bhanwari Devi and perhaps also at her expense. The landmark Judgment led to the formal recognition of ‘sexual harassment’ for working women: first time, named and defined, as that.

Before 1997, a person facing sexual harassment at workplace had to lodge a complaint under Section 354 of the Indian Penal Code 1860 that deals with the “criminal assault of women to outrage women’s modesty”, and Section 509 that punishes an individual/individuals for using a “word, gesture or act intended to insult the modesty of a woman.”

This does not, however, imply that post 1997, the sections 509 and 354 are not evoked when a woman is sexually harassed. The definition of sexual harassment has now been broadened to encompass various acts of physical contact, verbal, non-verbal patterned behaviour as sexual harassment. These related laws, though, are framed as offences that either amount to ‘obscenity in public’ or acts that are seen to ‘violate the modesty’ of women. What then is a woman’s modesty? The Supreme Court of India, has defined modesty as “the essence of a woman’s modesty is her sex.”

The Supreme Court of India, has defined modesty as “the essence of a woman’s modesty is her sex.”

It is interesting though that under section 354, only women possess modesty that may be outraged, even though the judgment holds that both men and women are capable of outraging a women’s modesty. It likens to a morbid joke, and exposes the cruel irony that men are supposedly inviolate, and only women carry the burden of family honour.

It is assumed then, that a man’s ‘modesty’ apparently cannot be outraged, for their sexuality is inviolable. Not only does this negate the possibility of abuse of men, but also reaffirms that there is nothing ‘particularly traumatic’ about those instances, for it is the body of a woman which when marked with violence also signifies a ‘dent’ in the patriarchal structures of ‘family name and honour.’

When a legal category and the IPC reinforces, while seeming to correct, the biases underpinning cultural categories of ‘shame, honour’ that are attached with the notion of ‘modesty’, the joke is clearly on us women.

The concern is less about women, as such. The whole narrative about modesty is built upon the anxiety around women’s sexuality as something that needs to be kept ‘in check,’ by presupposing its sanctimony. It is then, not surprising to see that so many discourses around ‘respecting’ women stem from the idea of seeing the woman as a ‘sister or mother,’ because without such invocations, the imagination of respecting a woman’s desires and sexual assertiveness, falls flat in its face.

a man’s ‘modesty’ apparently, cannot be outraged, for their sexuality is not something inviolable.

The presumed ‘essence’ of a woman’s ‘modesty’ is her sex. Modesty, then is seen as a sexual virtue which constitutes itself by paradoxically making and marking a woman as different from a man. It is then also what must be ‘preserved’ to not only ‘protect’ the woman but also her ‘womanhood’ that goes onto defining the sexual difference between man and woman. Our wombs exhort us to be women, remain women and become women. This only reinforces essentialist assumptions of gender, culture, agency and victimhood.

This language of ‘modesty’ also validates moralistic interpretations, even if unintended. It promotes the ideas of regulating women’s behaviour instead of upholding women’s rights. But who after all is a ‘modest’ woman? The one who keeps within measure? The one who preserves her ‘modesty’ for a romantic heterosexual salvation? And where does that leave those women who are engage in consensual sex outside of marriage? Those that are seductresses or sex-workers?

The whole narrative about modesty is built upon the anxiety around women’s sexuality as something that needs to be kept ‘in check,’

Modesty’s stake seems too heavy to carry – with it comes a lot of stigma and socio-cultural understanding of what constitutes the norm(ative). Any deviation from the Brahmanical, patriarchal baggage of femininity and chastity feeds into notions of the woman being the ‘free-sex-JNU’ type, hence, immodest and therefore, ‘having asked for abuse.’

The State then lends a hand in maintaining the distinction between a ‘good’ and a ‘bad’ woman, furthering self-doubt in the minds of survivors of abuse. This vocabulary makes it possible for the cognitive categories such as that of ‘eve-teasing,’ ‘modesty,’ and ’obscenity,’ to derive meaning. It also traces its roots in the nationalist ideal of the ‘Bhartiya Naari,’ which rests in depicting women and women’s bodies- as idealised figures embodying motherhood, wifehood, self-sacrifice.

When legal definitions refer to crimes that ‘outrage the modesty’ or ‘insult’ women, it gives the impression that it merely ‘offends’ women, while diluting the harrowing experience of harassment as an act of ‘violation.’

What we see here is that by placing the onus on the woman, there is a certain expectation for her to behave a certain way, be of a certain class/caste/background, not be seen at a certain place and a certain time, not be dressed in a certain way- for her to ‘prove’ her modesty, goodness, chastity, victimhood.

But who after all is a ‘modest’ woman? The one who keeps within measure? The one who preserves her ‘modesty’ for a romantic heterosexual salvation?

Even though the court of law may not actively engage in victim-blaming, women still have to confront the patriarchal myths about sexual assault and ideas of morality and female chastity that abound in police and judicial discourses even after more than four decades of the feminist movement.

Thus, simply by invoking the conceptual category of ‘modesty’ is a huge disservice to feminist struggles. It irresponsibly steers discourse in the direction of questioning a woman’s ‘character’, thereby displacing the concern from the act of violation, to the woman, herself.

The State lacks the framework within which a conversation of ‘safety’ can coexist with that of women’s autonomy, in a way in which the women’s bodies are not further securitised. A reductive protectionist framework of furthering security fails to rid itself of its own patriarchal semantics and biases, which necessitates the need to ‘protect’ the woman’s modesty and her ‘honour’ which, in crude terms, is placed in her vagina.

The State lacks the framework within which a conversation of ‘safety’ can coexist with that of women’s autonomy.

When societal discourses legitimize and gain legitimacy from the State, the law comes to constitute as a powerful signifier of patriarchy. What’s worse is that it fails to identify how the discourse cannot be framed around the desire to ‘criminalise’ and ‘eliminate’ certain ‘evil men,’ but rather identify violence against women as symptomatic of structural inequalities and systems of culture and power. By claiming to get rid of a few ‘rotten apples’ that ‘pollute’ the society, the society has time and again tried to wash its hands off of systemic oppression of women, thereby gratulating itself for being ‘proactive about women’s empowerment’ while absolving itself of further engagement with the feminist discourse.

By telling a woman her ‘modesty’ was ‘outraged,’ when she narrates her experience to the officer filing the complaint, there seems to be a deliberate diluting of her lived experience. Harassment then perversely articulates itself as not an expression of power, but instead gives it a spin of lust. The women is seen to have then ‘lost’ her modesty ‘to’ the abuser. It also reinforces the idea that women who are abused are somehow ‘stripped of their dignity’. This only helps in furthering victim-blaming, shame, and the self-loathing of survivors of violence, thus ruining feminists’ progress in destigmatizing rape.

The women is seen to have then ‘lost’ her modesty ‘to’ the abuser. It reinforces the idea that women who are abused are somehow ‘stripped of their dignity.’

The experiences of women when confronted with harassment are diluted by the very language that wishes to capture the abuse. The State reifies cultural significations of patriarchy in its framing of the language of the law. No wonder then the political ‘solutions’ to ‘protect’ a woman’s ‘modesty’ are centred around increased surveillance, Anti-Romeo Squads, creating vigilante groups and restricting women’s mobility. 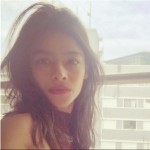