Home Intersectionality LGBTQIA+ For Now, The Beauty Parlour Is Just A Refuge | #SalonSector 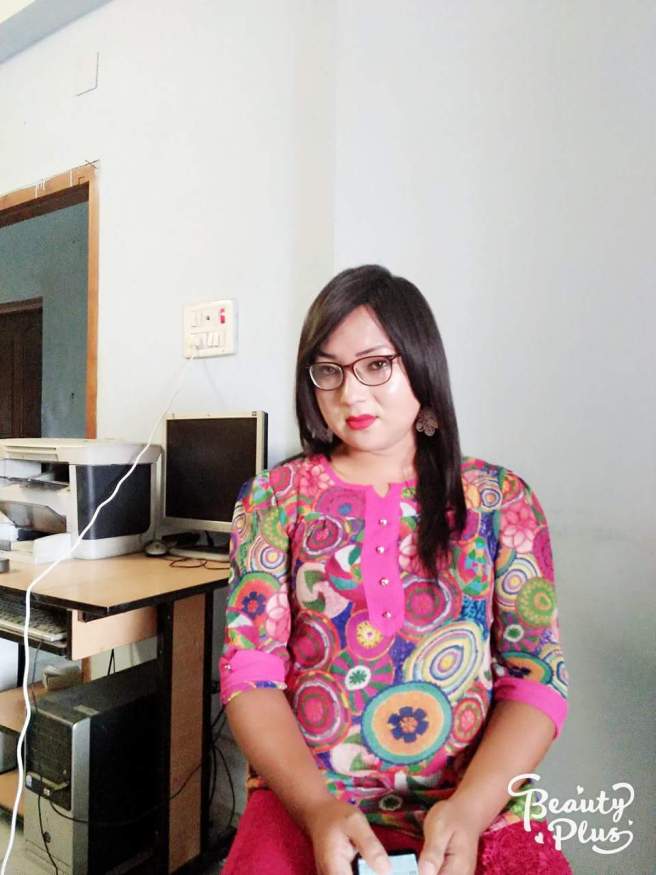 Editor’s Note: Feminism in India in collaboration with Godrej Salon-I have launched a campaign ‘#SalonSector – Women At Work In Salons’ to bring to light the stories of women in the beauty and wellness industry. Read more about the campaign here.

My preferred name is Bonita Pebam. I am from a small locality in Imphal, Manipur. I’m a trans woman. I’m 30 years old. I am fighting for transgender rights and hope to be a civil right activist.

I was a good student, above average if not a topper. I sat for my high school examinations in 2005 and passed with high marks. At that time I didn’t know what my gender identity was. I didn’t feel like a boy. I wasn’t able to show any masculinity; rather, I felt girlish. This made people laugh at me, and this laughter was harsh. So I never wanted the company of my friends and mates. I felt isolated and became secluded. At the same time, my parents also restricted me from playing with and associating with girls. They didn’t want me to behave like a girl. They thought of me as their son, which was contrary to my inner sense of being.

my parents also restricted me from playing with and associating with girls.

After my matriculation, I was admitted to a co-educational higher secondary school by my parents. But I felt odd sitting with boys on the same bench. I was always silent, never uttering a single word to my bench mates. With each passing day I felt more and more reluctant to attend classes. I wasn’t able to pay attention to my studies and feared expressing what I felt inside. So I started bunking school, telling lies to my parents.

Somehow I passed my 12th standard and got admitted to a premier college in Imphal. Here too, the same thing happened. My classmates started avoiding me because of my gender identity and gender expressions. Even when it came to sitting on a bench, it became a problem. I found it unpleasant to sit with the boys, but I also couldn’t sit with the girls. I bore it for some time. But the sense of isolation grew and I dropped out in the second year of college.

My classmates started avoiding me because of my gender identity and gender expressions.

I also began expressing my trans identity as I could no longer bear hiding it. I kept my hair long and dressed up as a girl. My family members scolded me and thrashed me whenever they saw me like this. When I couldn’t bear it anymore, I ran away from home and took shelter in a beauty parlour run by some of my trans sisters. I learnt the trade from them and soon after started my own beauty parlour. I also learnt tailoring and made dresses.

When I started earning and helped my family financially, they started accepting me gradually. But in my heart I knew I wanted more from life. The beauty parlour was a refuge but not my real goal in life. So after a few years, I enrolled myself in another college and completed my graduation. Now I have become a transgender rights advocate, trying to address those discriminatory issues that not only I, but most transgender people face in Manipur. It’s a long journey, but I’m not one to run away!

Originally published in Rainbow Manipur, and has been republished with permission from the author.