Personal Essays Why I Hated Feminists And Why I Became One

Why I Hated Feminists And Why I Became One

Without the "feminist" label attached to me, I was never stereotyped, which protected me from the harsh treatment of feminists in society.
By Nazo Shinwari Oct 6, 2017 4 min read

Growing up, it wasn’t hard for me to understand that in this world, women were considered inferior to men. The society I grew up in was never keen on letting the woman take the reigns. As I was growing up, I was never fully connected with society and thus I never knew the extent of all the struggles women of my country – and the world – were facing to get something as important as equality. My dissociation with the rest of the world made me ignorant to all of it.

As a child, I was never one to shy away from doing things boys did. As I grew older, I could understand that while being a girl in this society does come with its limitations, I on the other hand, never faced them. Coming from a liberal family, I got the best education my parents could offer, freedom, independence, and equality. I was given a privilege which I was completely oblivious to and so, I never fully understood the reason behind feminism.

I was naïve to think that other women around me were living the same life as me. My friends weren’t allowed to go on field trips or talk to boys. Teachers were given special instructions by parents to not let their daughters take part in games or sports with boys. Even as a child I used to tell them to not give in to such pointless rules. These rules seemed silly to me even then.

I was given a privilege which I was completely oblivious to and so, I never fully understood the reason behind feminism.

It was during my early teenage years that I finally started noticing the words feminist and feminism around me. To me, the word feminism was nothing more than a ruse for young girls to be “different”. I was merely 14 at the time and while this mentality of mine was partially because of my lack of understanding of the word feminism, it was also because there were many women out there, who themselves didn’t understand the meaning of the word. The words feminist and feminism were thrown around by girls and their definition of feminism boiled down to their belief that girls are better than boys. It was this thinking that led to women associated with feminism being ridiculed and mocked for their beliefs by the majority of our society.

Due to this incorrect definition of feminism, I could never associate myself with it. The true meaning of feminism was so distorted by the media and people around me, that I ended up loathing the word. A feminist was portrayed as someone who thinks she is better than men. They were portrayed as man-haters in general. The perception of feminism was so hugely misleading in the media that I tried to stay away from anyone who claimed to be a feminist. I was never one to think that women were better than men.

Also Read: Mansplaining 101: Why Do Men Explain Things To Women?

I truly believed in the statement “If men can do it, so should women.” I used to believe in these words even before I knew what they defined. I spoke up if I was being shut down by a man simply because it wasn’t a woman’s place to speak. I still remember being the voice for my friends who were too afraid to speak up simply because they were girls. I used to fight with parents, teachers as well as other classmates for a fair chance at things even as a kid. I did all of that without once thinking I had a feminist inside me.

It was in college where I started to truly see the problems girls around me were facing. There were many girls from my class who weren’t allowed to attend college by their families, who thought that education for women is just a waste of money. It was then that I noticed the unfairness against women in this society and it was then that I decided to do something about it. It was during my first year of college that I started researching on women’s rights and equality and through this extensive research, I came to realize that I was a feminist all along.

The true meaning of feminism was so distorted by the media and people around me, that I ended up loathing the word.

I had been a believer of fighting for women’s rights and equality since childhood without even recognizing it. The concept of feminists in the media was so misleading that I hated the very thing I was. For me, feminism was never about letting people know I was a feminist or trying to undermine men’s rights over women’s. It was about something much bigger and more important than that.

My hatred for the word feminism stemmed from its total misrepresentation in the world and even after realizing that I am a feminist, it was hard for me to come out and label myself a feminist because of all the negativity the word has gathered around itself. I had been a feminist without the label of “feminism” attached to me and so I was never stereotyped by anyone, which protected me from the harsh treatment of feminists in society. It took years for me to come to terms with the fact that I indeed am a feminist and I do believe in feminism.

Although I still have trouble identifying as a feminist, it doesn’t mean that I am not working towards women’s rights and gender equality with the knowledge I gained over time. I do hope that I one day I might be able to break out of my shell and confidently identify myself as a feminist. But even if I don’t, I still hope to work towards the betterment of women and young girls around me.

Also Read: The Ambiguity And Farce Of Women Empowerment 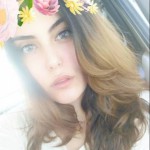