Peter/Ethel is non-binary and genderfluid. We both identify as bisexual. That was enough to draw a lot of flak. It has not been the easiest journey for us, but not in the same way the naysayers had predicted.
By Udita Chakrabarti Feb 13, 2018 4 min read

I come from a typically orthodox Bengali Brahmin family who have very recently opened up to love marriages and even more slightly to intercaste marriages “under certain circumstances”. Even in these cases, the preference is given to persons within the Bengali community only.

Now I have never been one to conform to tradition, and that showed up in how I view relationships as well. My family knew better than to push me over the edge with unsolicited marriage alliances after years of trying, but that was only the tip of the iceberg with my disagreements with them. Consequently, I’ve always been a rebel and any attempt to introduce a potential partner to my family has had disastrous results because of the difference in background.

I met my partner at the University of Surrey, United Kingdom a few years ago, where we were both pursuing our respective courses. Peter/Ethel Thurston is a British national (half-Dutch through their mother), while I am an Indian Bengali. We met as fellow atheists and queer persons in a society meet.

The first time I saw Peter I had somehow decided they would not be interested in a cis-woman – ignorant assumption, I know. Peter on the other hand thought I was going to be a pain on their backside given the way I phrased certain questions that seemed to be seeking fault.

Peter/Ethel is nonbinary and genderfluid. We both identify as bisexual. That was enough to draw a lot of flak.

Soon though, we both realized how wrong we were about each other and became close as friends. We also had our major fight as friends. So when we developed feelings for each other and gave in, we already had a very good idea of our positives and negatives.

Right from the beginning our relationship has been surrounded by “It won’t work out” –especially from people in my community. Typically, it was me who was at the receiving end of these warnings from other Indians.

Peter/Ethel is non-binary and genderfluid. We both identify as bisexual. That was enough to draw a lot of flak. If ever our relationship was panned by anyone in the more liberal/cosmopolitan circles it was by people from the LGBT+ community itself because of the ‘apparent heterosexuality’ of our relationship. However, for most parts we have never faced racism or weird looks while in the UK.

Also Read: Harassed Within The LGBT+ Community: My Survivor Story

The story in India and with a quite a few of my fellow Indian batchmates in UK, was quite different. With a lot of my childhood friends from whom I have hidden this part of my identity and with my family, it does not even register that I am queer. What made matters more unconventional was that I was the older one in a seemingly heteronormative relationship. My partner and I both lack belief so really there was no religious difference between us. As far as cultural backgrounds were concerned, we are both very adjustable and rather unattached to cultural trappings anyway. Yet, the warnings went on. The reasons ranged from cultural differences to my imminent return to India after a year. I was asked why I could not date someone who was South Asian. It was funny how these questions sounded very similar to people asking me why I was not dating someone Bengali if I ever went out with someone who was not. There were people who tried shaming me to my parents. It did not work with me. Even after I had returned to India, I was faced with accusations of how I was disappointing my family – as if I had never done that before!

With a lot of my childhood friends and with my family, it does not even register that I am queer.

Upon my return, my very orthodox parents, with whom I never had an easy relationship, did everything they could to try and bring me to heels. Things got to a point where the stress started affecting my health and I could not walk. On the other hand my partner’s family treated me like their daughter. They went out of their way to help me when the sordid events at home were enough for me to finally strike out on my own.

But it was not all bad. The distance actually helped us value each other and our surrounding support system more. Despite all the negativity we received, we did find friends and people who supported us. It gave us both a chance to reconnect with the world outside our relationship to see who was truly worth associating with.

We took to looking at the positive things we could do during this time. We collaborated over projects and took heavily to photography to highlight our little day to day events. Exploring my dormant romantic side, I sent them handwritten letters over snail mail the old-fashioned way, something I would never get to do if the distance wasn’t there.

It has not been the easiest journey for us, but not in the same way the naysayers had predicted.

We spoke to each other frequently on Skype and were on Facebook chat all day. Skype especially came handy when one of us needed the other for emotional support such during one of my break downs or during the stressful time of Peter/Ethel’s dissertation submission. I flew to the UK for a long term vacation in early 2017 to attend Peter/Ethel’s graduation and my family boycotted me. In September that year, Peter/Ethel moved to India with me and we have been living together here since.

Peter/Ethel continues to work on their vlogs, which is their main work. And whilst I assist them with that I also do freelancing now and then. It has not been the easiest journey for us, but not in the same way the naysayers had predicted. We have crossed a particularly difficult time and we look forward to what life brings us. Sure, we get whispers and stares along the way but we have also received support from those who truly matter to us. We are happy. After all of these hurdles we feel like we can overcome whatever gets in our way and we are stronger than ever. 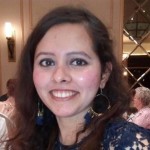 Film Review: The Trial Of The Chicago 7 Skilfully Brings Out The Irony Of A Peaceful Protest