On March 8th, 10 students of 9th standard in Kamala Girls High School were accused of "indulging in homosexuality" and were strong-armed into issuing a forced written confession.
By KoyelM Mar 15, 2018 3 min read

On March 8th, 10 9th standard students from Kamala Girls High School (a vernacular medium government girls school in Kolkata) were made to admit in a written confession that they were “indulging in homosexuality”. The parents were outraged upon finding out. They said, “Will girls now be penalized for homosexuality even if they hold each other’s hands?”

School authorities claimed this incident to be a minor disciplinary action. But what was this disciplinary action taken against? Is any kind of sexual/physical/intimate behaviour inside school premises an offence under any circumstances? Had it been a co-educational school and any handholding taken place – would the authorities have made the students write a written confession of “indulging in heterosexuality”?

Is any kind of sexual/physical/intimate behaviour inside school premises an offence under any circumstances?

Why are these girls being picked on? This insensitive gesture of the authorities also violates the rights of students as they are minors. This forced written confession brings to light how vulnerable and frightened the students might have been. Their agency to express themselves also gets threatened.

The incident in Kamala Girls High School is definitely a reality check to discern the intense roots of homophobia. Social media, hashtag campaigns or metro city-centric pride walks are still contending with deep-rooted stigma around homosexuality (or anything other than heterosexuality).

If a city like Kolkata offers a story like this, can we imagine the scenario in locations which have hardly any awareness/sensitization/visibility? The LGBTQIA+ movement in Kolkata is almost 25 years old and the visibility of queer women has remarkably increased in the past few years. However, such incidents wake us up to a reality where homophobia is still blatantly present and inescapable in all our societal exchanges.

Without confirming the actual facts of the matter, or whether the students were subjected to any pranks by other fellow students – forcing students to write confession letters showcases the homophobia of the school authorities. It also shows how callously authorities deal with sensitive issues and can subject students to immense trauma.

forcing students to write confession letters showcases the homophobia of the school authorities.

The education minister of West Bengal, Partha Chatterjee, has also recently responded to this matter by stating “lesbianism is against our culture”. What does he mean when he says “our”? What is this culture that he is referring to? The homogenization of culture and practices is also one of the primary causes of incidents like this – refusing to recognise diversity.

Sexuality is an important part of a child’s formation as an adult. If the premises that children access become hostile or restrictive spaces, that particular obstacle then has an organic process of only increasing.

Instead of obliterating student expressions, school authorities should engage with students and provide them with a safe space, complete with proper knowledge and guidance. Grappling with sexuality is a normal part of every child’s growth and development, and this instance just underscores the need for comprehensive sexuality education in schools – both for students and teachers! Schools which lack the infrastructure of a more engaging space can collaborate with different platforms so that sufficient engagement may seem possible.

The understanding of sex-gender-sexuality as a spectrum, as three hyphenated terms which orbit around people’s lived experiences, practices and choices – is yet to reach more people across different locations and therein lies the struggle against patriarchy and queerphobia. This also indicates that there is so much work pending on engaging with people, creating dialogues, building a sensitive approach toward the issues of alternative gender-sexual experiences and expressions. 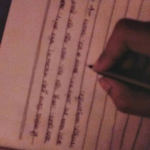 Where Are The Muslim Women In India’s Workforce?