This critique of HCU's GSCASH is not to demonise the university but to highlight the unaddressed experiences of sexual harassment on campus.
By Maraa Jun 13, 2018 4 min read

On February 2018, a group of students at the University of Hyderabad called for a meeting to discuss challenges with regard to gender dynamics and sexual harassment on campus. The members assured confidentiality, and the meetings soon became a safe space for students to move toward initiating a change in the way gender is perceived within the university.

The need for such a space was apparent – formal mechanisms had failed. In addition, the group was making efforts to keep the space free of party politics because party politics have made many spaces inaccessible for members who are not sympathisers, despite claiming to be open for “all students”.

The University Grants Commission has guidelines that expects all colleges and universities to have an Internal Complaints Committee (ICC) that will address issues of sexual harassment. GSCASH-ICC (Gender Sensitisation Committee against Sexual Harassment) at the University of Hyderabad (HCU) is an independent body setup under the UGC guideline. It (the GSCASH-ICC) is introduced to students at the orientation program.

Often students don’t attend this orientation because of other admission related procedures and it is not repeated for students who are admitted post the orientation. But there are posters in every corner that encourage students to report sexual harassment on the campus. The fading posters ask students to ‘break the silence’. But how do you do this? The poster doesn’t really say.

The GSCASH Constitution on the University website is easy to reach – a simple Google search works too. The Constitution defines the scope of the GSCASH and defines various terms like sexual harassment, the people who fall under its purview and the means of punishment based on whether they are student or faculty.

The Constitution clearly says it is set up to address the issues of sexual harassment for women but an elected representative says a new draft that deals with men’s issues has been submitted to the VC (Vice-Chancellor). However, since the constitution is aligned with the Sexual Harassment at Workplace Act, the law has to be changed to get an approval.

The fading posters ask students to ‘break the silence’. But how do you do this? The poster doesn’t really say.

The Constitution says 15 members must constitute the Committee – a mix of elected and nominated representatives of students, faculty and external legal and psychological counsellors. Yet, students face difficult in navigating its processes, and don’t find it responsive to their interests.

“I want to say the point (of having the GSCASH) is lost. I know of a faculty member who is a repeat offender from the Life Science Department. He was suspended twice, and asked to never guide female PHD students. Once, a student beat him up with a cricket bat on the field during a tournament because he was harassing her. This is just one of many incidents. Yet, he is still employed by the university,” said a student from the School of Life Sciences. The student also added that GSCAH can only give recommendations, which the university is within its right to ignore, so the point of the committee is somewhat lost.

Aside from the non-functioning of the GCASH, there are other forms of morality and policing on campus that contribute to a culture of violence. For example, at the Centre for Health Psychology there is an implicit unspoken dress code.

“I was asked to tie my hair up because my loose hair scared one of the professors. They’ve asked me to wear a shawl over my full neck kurta and boys are supposed to wear shoes all the time. If you don’t follow these rules your grades will suddenly start dropping,” said a student from the Centre. A few other students have had similar experiences.

These are all departments that have faculty members within the GSCASH. This raises a question about the suitability of candidates appointed within the Committee and the degree to which personal bias/morality plays into the functioning of a supposedly impartial structure.

“I heard a girl talking about filing a complaint against a member of SFI (Student Federation of India) and another women from the party coerced the girl to withdraw this complaint. Is this true?”, asked a friend on campus.

I have personally heard this story multiple times, with SFI being replaced by ASA (Ambedkar Students Association) or the Odia Student Group, etc. When I asked a GSCASH representative about the rumours, they acknowledged having heard them. However, without ‘proof’, they couldn’t take action. This also leads to some questions on the supposed progressiveness of student groups on campus.

Despite all these barriers, if one does file a complaint with GSCASH, the seriousness of the case will be decided by the Chairperson of the GSCASH. Earlier this year, a male student got hold of a female student’s phone number through library records and texted her continuously despite her repeated dismissals. The case was dismissed by GSCASH as ‘nothing serious’.

if one files a complaint with GSCASH, the seriousness of the case will be decided by the Chairperson.

GSCASH is also supposed to create awareness and help make the campus a more gender sensitive space. However the events – talks, film screenings and activities – are poorly attended, don’t encourage student participation, and have so far managed to reach only five hundred of the five thousand students on campus.

The biggest achievement of GSCASH recently has been the addition of the third gender in the application form. Taking this forward, the plan was to build a gender neutral hostel to make the campus accessible to students who don’t identify with the gender binary. So far there is no sight of this. The administrative response has been, “We’ll arrange it when ‘they’ get admission.”

Post ‘The List’, conversations on sexual harassment have gathered momentum in critiquing the patriarchal functioning of formal mechanisms on campus. This critique and discussion is important – not to demonise a particular university but to highlight the daily resistance of students who are experiencing sexual harassment in various forms, and their efforts to transform their campuses. 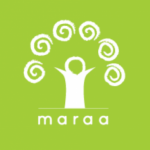 maraa is a media and arts collective based in Bangalore and Delhi. Founded as a charitable public trust, our work is centred around a political yet creative practice across three domains – strengthening people-centric media platforms, democratising usage of urban public spaces and public discourse and preventing sexual violence against women and adolescents.

How Did Sati Get Abolished In India?