Fat shaming has been normalised to the extent that it has become acceptable to treat fat or plus size people as lazy, inactive members of society.
By Kanksha Raina Oct 8, 2018 6 min read

On September 26th, the front page of Mumbai Mirror carried a story on plus size models about how they are not paid for walking the ramp during fashion week, unlike their regular size counterparts (read: thin models). The models stated that while they are paid reasonably for campaigns, they are expected to walk the ramp free of cost. Some models also said that some brands do not so much as pay conveyance, and ask the models to ‘bring their own corsets and nude coloured lingerie at their own cost’.

One of the comments left under the article was this:

Most plus size models, fashion bloggers and even regular women both in India and around the world are used to comments like these. Some say, “Gross, we don’t want to see that fat”, while others, more sanitised, say “I am all for body positivity but please don’t glorify obesity, it is important to be healthy.” From explicitly fatphobic commentary to fatphobia dressed pretty in the form of concern trolling, plus sized and fat people have to deal with a lot of hate, both offline and online because of their existence. Interestingly, even the most forward-thinking, socially conscious people (most even identifying as feminists) make comments that indicate their fear of not remaining thin or achieving thinness.

Because it’s incorrect to call someone ugly, the concept of ‘healthism’ is used to shame people into adhering to impossible beauty standards.

This makes me wonder – why is there so much contempt for fat people, especially fat women?

Let’s call a spade a spade. Let’s not say, “It’s not hate. It’s concern.” Not only is it creepy to be concerned for random strangers on the internet – especially to the point where we think it’s important to comment and let them know that we’re concerned – it’s also an excuse for people, especially thin people, to exploit their thin privilege and put down a fat person who is just living their life. Thin privilege runs deep in ways we can’t see. In fact, it is so deeply ingrained in us that fat people who do lose weight often end up exploiting their new found privilege and shame other people who are not where they are. The several advantages that society provides thin people are why fat people are humiliated and ostracised.

Fatness is considered a public problem because it has always been seen as a medical condition. Fatness, used interchangeably with obesity, is seen as dangerous to such an extent that weight loss and wellness in India alone is a multi-billion dollar industry. Because it’s incorrect to call someone ugly, the concept of ‘healthism’ – taking care of one’s health by exercising and eating right as a way of being a productive member of society – is used to shame people into adhering to impossible beauty standards. Over the years, the equation has shifted from fat = ugly to fat = unhealthy, which makes fatness a ‘lifestyle’ problem that can be solved – and the onus of solving it is on the individual. Fatness, thus, becomes easy to capitalise on.

If the fat person chooses not to solve it or can’t because of uncontrollable conditions (PCOS, hypothyroidism, low metabolism, and may other reasons) they are seen as lazy, incompetent, and inactive members of society. The rewards associated with thinness force people to become visibly ‘fit’ and continue maintaining and perpetuating thin privilege. This is precisely why the person who commented on the Mumbai Mirror article said what he said – that because fat people are not working ‘hard enough’, they don’t deserve to be paid.

The pressure of being ‘fit’ today is felt by both men and women – however, women are pressurised more because of patriarchal ideas of beauty over brains. Men, on the other hand, can still have social clout through money and physical strength. In India, fat men have been associated with prosperity – the upper caste, middle class, pot-bellied man is said to be successful because his belly is proof that he gets enough food at home, possibly cooked by his loving wife.

Also read: Reflections On Being A Fat Woman: My Body As The Site Of Moral Panic

Fat women, on the other hand, are dichotomised – the quiet, sombre, underconfident and desexualised person, or the loud, annoying, deviant person. Case in point would be Sweetu’s character from Kal Ho Na Ho ­– her quirky, confident, funny characterisation becomes the basis of every joke in the film. It passes off as comedy because no one in their right mind would believe that a fat person can be fat and confident simultaneously. Her confidence is seen as self-indulgence and her desire for a boyfriend is constantly ridiculed because it is too much to ask for a person her size.

Fat people are used as jokes in the media because their bodies are seen as abnormal. This notion has further developed the trope of the ‘fat ugly best friend’. Monica Geller from FRIENDS is a prude – quiet, shy, and hiding behind the shadows of her thin and popular best friend Rachel Green. As a thin person, however, she is confident, both sexually and otherwise. Her character represents exactly how thin privilege works – the invisible advantages one has as a thin person can only be seen when they lose that privilege by becoming visibly fat.

The deep social impact of fatness on women is discussed only in the form of body image – a broad term that includes being too skinny, having body hair, cellulite, and of course, having fat – something all women are victims of because of the patriarchy. However, clubbing the specific oppression of fat women (especially by women who pass off as thin, body image issues and even health status notwithstanding) with other body image issues pushes their problems to the margins and completely invisibilises the fact that thin women have more privileges than fat women because of their physical build.

This leaves no space for fat women to discuss or even understand how they are even lower down in the oppression spectrum than thin women, which is a disservice, to say the least. It is urgent that we talk about how fat women in particular are oppressed because more and more young girls in cities are being diagnosed with eating disorders because they are struggling to adhere to strict beauty standards, and that has a lot to do with the fear of ‘looking fat’.

The oppression of fat women is deeper than we think – they are not simply teased because they don’t ‘take care of themselves’, they are ostracised because their bodies are not seen as feminine. Thinness is seen as a marker of femininity because femininity is associated with weakness – women are thinner and shorter than men, which is the norm. This is precisely why women are discouraged from being too muscular – it destroys their feminine appearance.

Fat women, especially ones that don’t have control over their appearance openly defy these rules, so the outrage on their bodies is expressed through healthism. Even healthism is gendered in their case – fat women are made to fear obesity because it could cause PCOS, a condition that decreases their chances of getting pregnant – the ultimate sign of womanhood. So essentially, fat women are not just fighting beauty standards, but also for their right to be acknowledged as feminine.

Women across the globe are resisting the patriarchy by reclaiming their sexuality, and one way they’re doing it is through clothes. Women’s fight for the right to wear revealing clothes without judgement or fear for their lives has gained momentum, but it’s not the same for fat women. The market barely recognises their existence – most clothes are made for thin women (which indirectly tell fat women that they are not normal), and the small market that caters to fat women has clothes that are nowhere close to fashionable. A lot of the clothes made for fat women are loose, shapeless, usually dark coloured, and have big prints on them (especially flowers – what is up with that?).

The market that recognises fat people does not see them as sexual beings; it see them as an emerging demographic that have very few options and will thus wear clothes that suggest they are better off covered up. This disparity in demand and supply is exactly why plus size clothes are almost twice as expensive as regular size clothes. Fat women have to essentially pay a tax for being fat.

The market regulates the authority on fat women by denying them the opportunity to choose what they want to wear and how they want to wear it. The plus size market in India has been steadily growing since 2015, but models facing the problem of not being paid goes to show how the fashion industry isn’t inclusive. The opportunities for plus size models are limited and the women wanting to represent their community are large in number – thus, the market takes advantage of it. In a society that has completely desexualised fat women, how can they reclaim their sexuality?

Fatness is a feminist issue because it affects a big chunk of women, sometimes all their lives. Conversations around women’s bodily liberation have been dominated by women with normative bodies, and it is time we recognised their privilege. Women with marginalised bodies deserve better treatment than they deserve, and acknowledging thin privilege among women is a good start. Conversations around fat women’s bodies need to go out of the context of medicine – they are more than just the ‘before’ of pictures; they are sexual beings that deserve equal access to everything that thin women have. 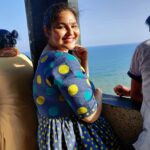 Why Do Women Stay In Abusive Relationships?