IntersectionalityLGBTQIA+ Breaking Barriers Within The Campus: First Ever Pride March in Pondicherry University

Despite facing different obstacles from within and outside the system, Pondicherry University successfully conducted its first pride march.
By Guest Writer Oct 8, 2018 4 min read

On Friday, 28th of September, students of Pondicherry University (PU) celebrated diversity and the struggle for rights with the first pride ever witnessed here. Students from LGBTIQA+ communities and allies took to the streets and walked through the university, starting at the notorious ‘Gender Gate’ that separates boys’ and girls’ hostels. 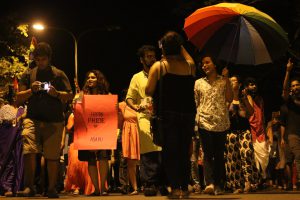 Through the pride and different events in the course of organising it, like an open poster-drawing session, students were compelled to deal with questions regarding gender-sex-sexuality and share their experiences. This was, and continues to be bitterly needed on this campus, where sexism, and all kind of phobias against people not conforming to the female-male binary and/or heterosexuality exist. 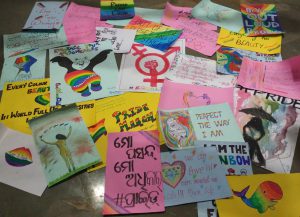 Spectra PU, the queer support group on campus out of which the organising committee for the Pride emerged, will continue to work on these issues. 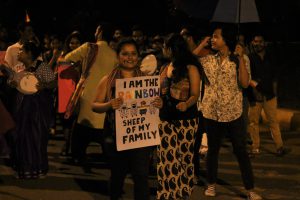 About 200 students participated in the Pride, a majority of them women – uncommon for political events in PU. With speeches, performances, poetry, dances, and songs, a variety of topics being addressed, ranging from discriminatory actions by the university administration, like the fencing of only girls’ hostels or the denial of access to wifi for over 1.5 years in Aurobindo, a hostel temporarily allotted to women. 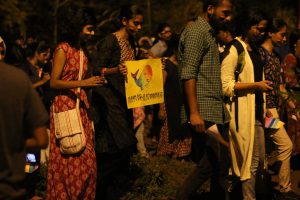 While Spectra PU is not affiliated to any political party, a number of student organisations supported the march. Representations given, aside from sharing personal experiences, also offered constructive internal critique regarding the inclusivity of the Pride as such – an important part of any event that we, the organisers, welcome as we strive for inclusivity and an expansion of focus on areas apart from gender, sex, and sexuality. 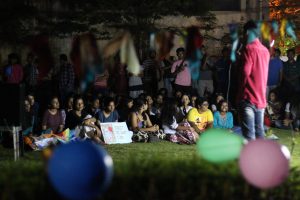 In our understanding, pride – and similarly queerness – means embracing identities that people have been forced to feel ashamed of, and hide, their entire lives, be it caste identity, class inequalities or the marginalisation of minority religions. The organising committee faced different obstacles before and during the pride. 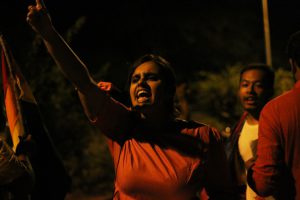 Firstly, the university administration delayed granting permission for the event for over twelve days and then – among others – dictated not to “indulge in any political activities [or] talk about any religion, caste or community,” in the course of the pride, prohibited so called ‘outsiders’ from attending the event, and ordered the organisers to submit a video recording of the entire event. 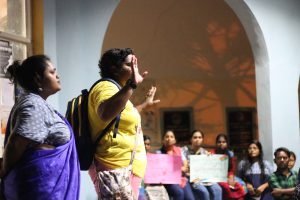 The second point is particularly arbitrary as parallel to the pride, as part of the Pondicherry International Film Festival, different movies were screened in the university’s main auditorium to which ‘outsiders’ also had access. Due to this arbitrary decision, the administration even denied access to a trans-activist who has been associated with the university on several occasions in the past.

Secondly, different people unfamiliar with administrative policies in place and potential repercussions caused by these for the organisers even demanded changes in the planned programme and shouted over young women. While we faced such glaring issues, we, the organising committee, view the pride as a success. Ashish James, M.A. English, who took part in the event says, “This was the first time I got an opportunity take part in a pride march and I am happy that I could be there. Amidst the difficulties caused due to the administration the crowd that turned up for the event made it a great experience. I never expected it could be organised here.” 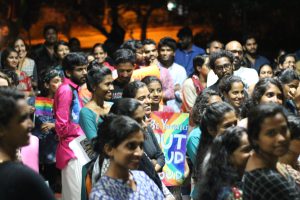 It has been a learning experience for us and the successful outcome and interest shown by students encourages us to continue our work here, hoping that we will encourage more people to claim and create inclusive spaces within campuses. Divya who had participated in the march for the first time says, “I always found the energy contagious; finding fellow humans who together were expressing the freedom to love with no boundaries was an amazing experience.” Jayshree Das also admits to the same. She says, “It gives me immense happiness to be a part of the pride march and see people taking pride in themselves, waving rainbow flags, advocating Gay pride and just flaunting who they are. It was a wonderful experience.” 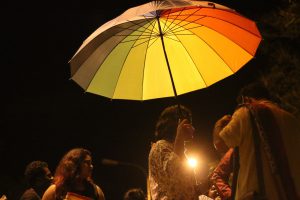 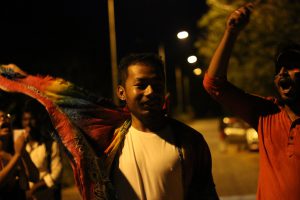 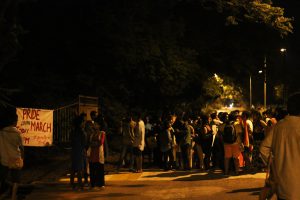 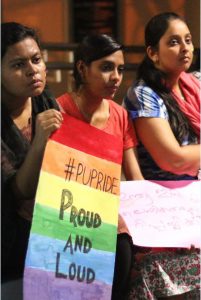 Also read: After The Rain Comes The Rainbow: First Pride March In Shillong

Spectra PU is a support group which aims to create awareness about LGBTIQA+ communities, active in Pondicherry University. You can follow Spectra PU on Facebook and mail them at spectra.pu@gmail.com.

The Vicious Circle Of Menstrual Taboos