In October 2018, FII participated in the national Wiki Women for Women Wellbeing editathon and collaborated with One Future Collective. The aim of the editathon was to increase the information on women’s physical and mental health on Wikipedia. The editathon was organised at 91springboard‘s New Delhi office in Nehru Place.

It is Wikipedia Saturday at FII! We are at @91springboard with @onefuture_india and editing pages on Women’s Health! Follow this thread for updates! #FIIWikiProject pic.twitter.com/9bRr7PoMva

We were a group of 15 editors in total, out of which 3 participated remotely from Mumbai. The event began with a discussion on the whys and hows of Wikipedia editing for new-comers.

After that, each participant chose one or more page on women’s health and mental health, and started digging through the internet looking for interviews, news reports and e-books that mentioned their chosen topic to write comprehensive Wikipedia articles on them.

By the end of the day, the participants had edited about 17 articles in English. See additional statistics here. 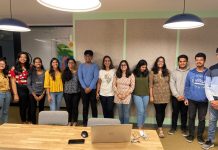 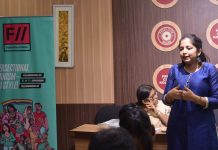 “Would You Rape Your Sister?”: Why The Sister Card Reinforces The...