IntersectionalityGender Why The Women’s Role In Planned Economy (WRPE) Report 1939, Though Historically Ignored, Is Still Valid

Regarding night shifts and many works considered unfit for women, WRPE strongly suggested that, instead of barring women from such work, the organisations should be altered in a way that they accommodate and prioritise women's safety.
By Namrata Mishra Dec 4, 2018 4 min read

In Whatever Happened To The Dreams Of Modernity, Nirmala Banerjee criticises the Nehruvian era in which many people had high expectations and hopes. But reality fell far short of these expectations.

The Nehruvian era had set pattern for economic development in India. Nehru’s modernisation project failed in getting rid of gender discrimination within the household and at the workplace. A major reason for this failure was relegating the Women’s Role in Planned Economy (WRPE) report which was a serious and radical effort made before the independence during Nehru’s leadership. His leadership in the post colonial India proceeded to discard the radical economic measures the committee had recommended to establish parity between men and women. Instead, the official policy documents actually held women as targets of household and motherhood oriented welfare services.

Also read: Women In Kashmir And The Uphill Path Of Feminising Development

WRPE was the report of the sub committee appointed in 1939 by the National Planning Committee to work out the role of women in planned economy. The national planning committee itself was set up in 1938 by the Congress party at the joint initiative of Subhas Chandra Bose and Jawaharlal Nehru. The final report was submitted in 1940. The sub committee had been chaired by Laxmibai Rajwade and it’s member secretary Mridula Sarabhai. Nehru was an active part of the sub committee’s process of making but the whole issue of planning got sidelined in the years ahead.

A major reason for Nehru’s failure was relegating WRPE report which was a serious and a radical effort.

Ignoring the WRPE report reveals the ignorance of the Indian state which has never focused on challenging the patriarchal ethos of society as well as its role in women’s oppression and exploitation in society, at work and within the family. Even if the fact of Indian state being sexist is well recognised, (which is actually not recognised) this recognition must be accompanied by action.

The WRPE is equally important to understand the shortcomings of the women’s movement in the Nehruvian period (this may be relevant to many contemporary movements) as they were exclusively dependent on the nation state, neglected mass mobilisation and remained blind to classist, casteist, and patriarchal barriers.

Consideration of the recommendations of the WRPE report 1939 are very much valid even today in 2018. Legal reforms pertaining to this matter is essential as it deals with women’s democratic right to work and right to a life of dignity. It was during Pandit Jawaharlal Nehru’s leadership that within 15 odd years, some most important institutions were built. For example, the Constitution, a functioning parliamentary democracy, and an independent judiciary. Despite this, the WRPE could not be implemented.

These institutions were to mark India as a modern state. Even more lasting impact of his leadership was the introduction of Planned Economic Development. These plannings could not and have still not broken the existing structures of tradition bound society and economy. It is a struggle for women and other marginalised sexualities to work as equals to men, with dignity and freedom which men enjoy. A just and equitable working environment for all is a growing concern. The project of modernisation involves a very small minority of them and the economic development bypasses a large majority of women. This puts us to question the commitment levels of ‘women emancipators’ who very actively through their political speeches promise women empowerment .

It was only in 1947 when along with other sub committees of the NPC, the WRPE report was sent for publication under the editorship of K.T. Shah. He pointed out that WRPE had very less experts of theme. Also, they were ‘fairly naive’ about the concept of planning and what it was likely to achieve. However , the sub committee did bring out the real problems of ordinary women’s lives entrenched in the traditional patriarchal roots of family and marriage systems. Even today, the institutions of family and marriage have not gone under any significant ‘progressive’ changes. Which means that women even today, after seven decades of WRPE, face similar issues.

The WRPE stated categorically that a worker women should have full control over her earnings.

The WRPE report deserves credit for recognizing right at the outset that economic rights for women were contingent on each woman being treated as a separate unit in the economic structure. Although we have some economically independent women, strong women, women in South Asia have the lowest paid jobs. Women at ‘top’ level and decision making are very less, most of them work in the informal sector as ‘family helpers’. Women are the last to be hired and the first to be fired. As soon as factories are mechanised and modernised, women are thrown out of the job. Worst examples of this are the textile industries of India. The WRPE has many radical recommendations pertaining to these matters as discussed below.

The WRPE stated categorically that a worker women should have full control over her earnings. Also, it condemned the practice of throwing women out of their jobs once they got married and pointed out that “to be free, an independent income is a necessity.” Regarding night shifts and many works considered unfit for women, WRPE strongly suggested that, instead of barring women from such work, the organisations should be altered in a way that they accommodate and prioritise women’s safety. There was a strong recommendation that “What is meant to safeguard a worker should not act to her detriment.”

WRPE was also very much against the tradition of making the family a unit of economic activities as this made women secondary earners and justified low earnings of women. They also noted how trade unions at a large number sacrificed married women’s interests in favor of men’s at times of wage negotiation or job rationalisation on grounds that the husbands of those women had jobs. Hence, WRPE strongly believed and recommended that instead of a family wage, the principle of wage should be fixed on equal pay for equal work, “regardless of the status of the worker, whether married or single, whether he/she has to support a family or not.”

As said by Kamla Bhasin, “The model of development we follow in our country is based on the capitalist mode of production and historically, capitalist development has reinforced and intensified gender specific roles as well as the exploitation of women.” This is evident from the aftermath of WRPE report being neglected. What is essential is not to keep blaming Nehru or his era for ignoring WRPE report but it is to bring into focus the WRPE report’s radical recommendations once again for even today, the economic development and status of women and other sexualities in India needs upliftment. 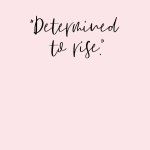 Namrata Mishra is an MA Second year student at Krantijyoti Savitribai Phule Women’s Studies Centre studying Gender, Culture and Development. Apart from being in love with Feminism, her academics and herself, she loves eating Faloodas! She can be reached at namratamishra221997@gmail.com.