SocietySports The Horror Of Sex Verification In Sports

The introduction of sex verification procedures relies on the ideology that women athletes with strength, confidence, and power to achieve as much as well as defeat men in sports cannot actually 'be women'.
By Saumya Malhotra Jan 16, 2019 6 min read

1997 Indian Women’s Football Championship finals in Haldia, West Bengal, was the first women’s match to be shown on television in Bengal, along with live commentary on the radio. There were more than 20,000 spectators in the stadium. Memories of Bengal’s loss to Manipur on this very ground a couple of years back was still fresh in everybody’s memory. The match had entered extra-time and was going to be decided on the golden goal – whoever scored first would be declared the winner.

In the second half of the extra time, the pressure was on 16-year-old Bonnie Paul who was a target of the Manipur team because of an injured leg. Bonnie was assigned female at birth and was then playing for the women’s team. He, despite the injury, proved himself to be a star as he hit a perfect volley with the same leg and brought home the trophy for Bengal. The entire crowd was jubilant and cheering for him!

He soon gained recognition and was offered a contract with Income Tax SAC. He was also one of the first to be chosen for the national team. He performed brilliantly in domestic tournaments for India, like the Nehru Gold Cup. After being a top performer at the Calcutta league and outshining everyone in a practice match with the men’s team, she attracted unwanted attention. He was soon informed that due to a complaint submitted by four states – Punjab, Manipur, Orissa, and Kerala, he was barred from being part of the team until further notice. The complaint wanted his gender to be tested.

In those days, the process to determine a player’s gender was a physical test and if that proved inconclusive, then a chromosome test in which XY chromosomes meant male and XX meant female. Bonnie went through the physical tests but the reports that came back were not clear enough. He was then asked to take the tests at Sports Authority of India (SAI) – the premium institute for sports development and maintenance in India. The reports of that test were also inconclusive, pertaining to the fact that he was born an intersex – a condition where a child can’t be classified in a binary sense – male or female. Despite that, his family had decided to assign his gender as female and raise him as a girl child.

After the failure of the physical tests, a chromosome test was performed on Bonnie, which concluded that he had XY chromosomes. A panel of doctors consensually labeled him as a male player. Bonnie was not ready to leave his career over this. He wanted to transition to a male so that he could try for the men’s team. His decision was thrashed by his family. He still believed in himself and went through with it.

After the change, Bonnie was disowned by his family and ridiculed by the society. He ran from one place to another to escape the wrath of people who knew about his decision and humiliated him and his wife, Swati. The transition along with the prejudiced reactions of the people around Bonnie led to an end of a promising career.

Bonnie’s story is not an exception in the world of athletes. The use of sex-verification procedures to deem athletes’ eligibility for participating in their respective sporting events has been prevalent for a long time. Several people like Santhi Suondarajan, Pinki Pramanik, Dutee Chand, Ewa Klobukowska, Caster Semenya, and many more have suffered from intrusive tests to prove themselves legible to compete. I feel that this procedure is not only impertinent towards the player but is also an important political and feminist issue.

People who are referred to as ‘intersex’ have a biological makeup (genetic, hormonal and physical features) which is neither exclusively male nor exclusively female, but is typical of both at once or not clearly defined as either. These features can manifest themselves in secondary sexual characteristics such as muscle mass, hair distribution, breasts and, stature; primary sexual characteristics such as reproductive organs and genitalia; and/or in chromosomal structures and hormones.

Majority of the population is not yet ready to accept the fact that being genderless can be a way of life.

Intersex generally refers to variation in genital anatomy, but not all intersex variations involve ambiguous genitalia. Some intersex people have typical external genitals but the internal anatomy of the other sex. Due to the stigma attached to intersexuality, the very research about the population of intersex people vary on different platforms.

The widely accepted data, however, is stated by Intersex Human Rights Australia which cites a systematic review by Blackless, Fausto-Sterling and others. It specifies that the intersex population is around 1.7% of all live births. It is important to note that intersex babies are physically healthy in most cases. Nevertheless, an intersex baby is treated as an anomaly. Majority of the population is not yet ready to accept the fact that being genderless can be a way of life.

History Of Sex Verification In Sports

The dramatic successes of female athletes from the USSR and GDR in the middle decades of the twentieth century certainly caused the sports organisations of the West some concern. It was obvious that these women transgressed the traditional western notions of femininity. Historians have written about the ways in which appropriate and inappropriate physicality, especially for women, were discussed in popular media.

Due to this, a systematic, at-event, standardised, ‘scientific’ sex testing was introduced in the 1960s because the process of femininity certification by team and family doctors that already existed could no longer be trusted. The first tests took place at the 1966 European Athletics Championship in Budapest, where female athletes were asked to undergo a visual examination of the genitals and secondary sexual features, carried out by a panel of three female doctors. The procedures further evolved from physical examinations to chromosome testing and hormonal testing.

After the introduction of hormonal testing, the International Olympic Committee (IOC) and the International Association of Athletics Federation‘s (IAAF) suggested that female athletes who naturally produce androgen in the male range and do not have androgen resistance (a condition called hyperandrogenism) are not eligible to run. They can compete in the women’s events only after their hyperandrogenism is ‘treated’ or their androgen level is lowered to a certain level in order to ensure a level playing field for all female athletes.

If the tests were introduced to ensure a level playing field for the female athletes, why is the same not done for the males?

Such treatment will include hormone therapy and in some cases even gonadectomy, which are outraging procedures and leave long-lasting effects, physically as well as psychologically. Due to these horrifying procedures, an 18-year old relay racer, Pratima Goankar, ended her life as she couldn’t deal with their unwarrented consequences.

The Humiliation Faced By Players Of Female Teams

The introduction of sex verification procedures relies on the ideology that women athletes with strength, confidence, and power to achieve as much as well as defeat men in sports cannot actually ‘be women’. They must, to reiterate the prejudiced depiction of gender, be ‘men’. Nowhere else is the divide between male and female so clearly defined than in professional sports.

Gender segregation in sports is completely built on a dimorphic understanding of sex where anyone who doesn’t fit in the binary differentiation of male and female must be disqualified. The procedures are inherently invasive, crude and unpleasant. They are not scientifically sufficient in and of themselves. Moreover, these are not even fruitful.

Many geneticists and endocrinologists have suggested that science cannot draw a line that nature itself refused to draw. They also argued that the tests discriminated against those whose anomalies provided little or no competitive edge and traumatised women who had spent their whole lives believing they were female, only to be told they were not female enough to participate.

Moreover, if the tests were introduced to ensure a level playing field for the female athletes, why is the same not done for the males? As Dr. Payoshni Mitra, a researcher, activist, and writer, points out, “the IOC and the IAAF should provide a level playing field to male athletes like Yohan Blake, Asafa Powell and Tyson Gay and therefore should either ban Usain Bolt from competing, or recommend that he will only be eligible to play when he cuts his legs off a few inches so that he does not have any unfair advantage on the basis of his height or long strides”.

Sex-verification in sports highlights a bigger issue within the community of athletics and people in general, which is the irrational repulsion from the multiplicity of bodies. There is a firm belief that two types of athletes can be segregated, objectively, from all that participate, that is, male athletes and female athletes. This reflects an overall insensitivity towards anyone who doesn’t fit the objective classifications of the two types completely. Prescribing participants surgeries and procedures in order to fit these classification violates their rights and is discriminatory against all other kinds of sexualities. They are subjected to a treatment that finds them in need of ‘repairing’, and as someone who is an ‘abnormality’.

There is a need for inclusivity of bodies, differences, and multiplicities within sports. Having universal participation and expression, sports should mirror the society and not limit its understanding of important issues like genders and sexualities. We need to update policies and be open to diversity. The basic understanding of ethics must be applied and people should not be left scarred for life for wanting to participate in athletics. 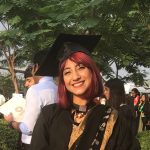 Hotstar, Can We Face The Problem Instead Of Taking Down Episodes?