IntersectionalityReligion The AR Rahman Controversy And Hijab As A Political Symbol

The legendary musician AR Rahman‘s daughter made a public appearance wearing hijab, bringing hijab into the limelight with a lot of discourse around it.
By Dr kouser Fathima Feb 14, 2019 3 min read

The legendary musician AR Rahman’s daughter made a public appearance wearing hijab, bringing hijab into the limelight with a lot of discourse around it. Hijab is the head covering worn by many Muslim women and there is a significant increase in the number of hijabi women in India. It is no more a trend restricted to a few. Rather, Muslim women from across a wide spectrum are opting for the hijab. AR Rahman was immediately trolled for ‘forcing’ his daughter to wear a hijab. His daughter Khatija put up the following post on her Facebook wall in response.

The role of conditioning can’t be fully ignored but we must also acknowledge the fact that many Muslim women are going against the wishes of their families and are opting to wear the hijab. These women strongly feel that they should not be judged because their choice is different from that of others. The altercation between pro and anti-hijab brigade will continue but the fact is whether people like it or not, hijab is here to stay and the focus should be on not how society views hijab rather more on how it reacts to hijab.

the focus should be on not how society views hijab rather more on how it reacts to hijab.

Whether you like the hijab might be your personal opinion but when you use this opinion to judge, discriminate, or harass others it becomes a problem. If you don’t like hijab, it’s fine. But you can’t label women who wear it as regressive just because it doesn’t suit your narrative. When your personal opinion against hijab becomes the reason for bias and discrimination, it becomes a disturbing situation.

If you are in a position to hire someone, will you let your personal opinion against the hijab cloud your judgement? Will you discriminate against a hijabi, overlook her qualifications and experience only because you are biased against hijab? Will you be a mute spectator if a hijabi is attacked? Will you let your biases be so strong that you encourage discrimination and violence against hijabis? These are the questions we need to be asking and discussing. These questions are vital as they will define the discourse around hijab and how the society needs to react to this narrative.

Should women face discrimination just because they choose to dress differently from others and should we let this discrimination thrive in our society? If dictating what women should wear under the pretext of patriarchy is wrong, how right is it to do it under the name of feminism? Doesn’t feminism strongly endorse the freedom to choose? The fight against patriarchy must continue without isolating women who opt for a different choice.

If dictating what women should wear under the pretext of patriarchy is wrong, how right is it to do it under the name of feminism?

The struggle against forced hijab in some countries can’t be ignored. While we show solidarity to these women, do we need to label the women who choose hijab as regressive and deny them a dignified position in our society? Women empowerment is only possible when women are free to make their choices – choices that can even be diverse from the norm without being judged or discriminated against. It may not be easy to change the perspective towards hijab but what is more important is to not make this a basis for discrimination.

Also read: Why I Choose To Wear Hijab: An Open Letter From A Tired Muslim Feminist

These hijabi women have as much a right to make a choice as other women, we simply need to respect these rights and stand with them against any discrimination. If what AR Rahman’s daughter faced is to be taken into account, it is clear that hijabis face a lot of hate. This hate can be unnerving, forcing hijabis to shut themselves from the world and lead an isolated life. The number of hijabis active in various fields can’t be ignored, nor can their struggles and achievements be undermined in any way merely for their choice of dressing, not even in the name of feminism. Feminism needs to be inclusive and intersectional. When it refuses to include a whole group of women it fails the very principles it claims to stand for.

The hijab has become a political tool – women opposing it and adopting it are at the risk of being alienated. We can either alienate them further or stand with them in their fight for self-identification, listen to their views as they are the best to explain their decisions and their representation in the discourse, which can truly pave way for intersectional feminism. 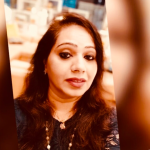 ‘Pick Up The Rein’: Lessons In Horse-Riding And Feminism With Revaz Martin

A Letter To The Churails Of Twenty-First Century

The Personal Is Political: Leaving My Indian Home And Finding My Turkish Family