Children Exploring Their Sexuality Is More Common Than You Might Think

Child sexuality is a taboo. Nobody talks about children exploring their sexuality, and engaging in sex play. Yet it is an everyday reality around the world.
By Sahar Bhog Apr 24, 2019 4 min read

“Young people do not wake up on their thirteenth birthday, somehow transformed into a sexual being overnight. Even young children are sexual in some form.”
– Heather Coleman, PhD & Grant Charles, PhD

According to the dictionary, one of the definitions of sexuality is ‘capacity for sexual feelings’. Child sexuality is a taboo. Nobody talks about children exploring their sexuality, and engaging in sex play. Yet it is an everyday reality around the world.


Nobody talks about children exploring their sexuality, and engaging in sex play. Yet it is an everyday reality around the world.

When western colonial explorers and researchers chanced upon the Marquesas Islands in French Polynesia, they found out the native people practised sexual customs, which were ‘deviant’ according to the western tradition which was greatly influenced by repressive Victorian ideals. When describing the sexual customs practised by the native people, one researcher called Ralph Linton, said “Sexual play was a regular practice among the children from the earliest period. The adult attitude toward it, if not one of active encouragement, was at least that of mild amusement. […] Regular intercourse began before puberty with patterns of group sexual play. […] Sexual techniques were learned through imitation of the adults. […] Homosexuality was present in the form of mutual masturbation, but I have no data as to its frequency. […] The gap between adults and children was such that it was impossible for an adult to win the child’s confidence. Relations between them were amiable but entirely associated’’

According to Ryan 2000, Early Childhood Experience survey, half of the number of children reported sexual activities with other children (mostly friends). They were consensual. In another survey done by Johnson & Mitra, in 2007, 75% of children under 12 reported engaging in sexual acts with others.

I was involved in a lot of sex play during my childhood. At the age of 22, looking back at those experiences, I can confidently state that I am not a child sexual abuse victim. In fact, I was more sexually comfortable as a child than I am now. As I grew up, in post-colonial India (which is still suffering from a colonial ‘hangover’) a lot of shame got attached to sex. I was constantly bombarded with messages from everywhere that sex is a ‘dirty’ thing, and that I should be ashamed of my sexuality and sexual needs. Slut shaming was a big thing in my adolescence. It affected my psyche in a negative way. I’m still unlearning those toxic messages and trying to be comfortable with my sexuality again, especially as a woman.

In Indian society like many post-colonial societies, children are considered as asexual beings, devoid of sexual feelings. Contrary to popular opinion (shaped by repressive colonial ideas of sexuality), in my view, children are sexual beings, with their own sexuality. I have my own personal experience to vouch for that.

Also see: Why Schools Need To Start Incorporating CSE In Their Curriculum | #WhyCSE

It’s hard for adults to acknowledge children as sexual beings, but I think it’s high time to acknowledge it and at least start having conversations about it. 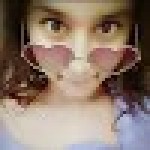 Sahar is a college dropout. She is interested in politics, psychoanalysis and metaphysics. She writes about love, sex and relationships in her free time. She has written over 100 poems.

6 Women Journalists Who Spoke Truth To Power In 2021