Kanthan is a quietly powerful film, an ethical film on the ravages of deforestation and the criminal negligence of the Indian government to the needs of its indigenous people.
By Gayatri Devi Apr 30, 2019 8 min read

If a tree falls in the forest, does it make a sound?

This philosophical riddle, often attributed incompletely to the eighteenth-century Anglo-Irish philosopher George Berkeley, is essentially a question about the nature and substance of perception. Berkeley’s controversial axiom, “Esse is percipi” (To be is to be perceived), demanded that in order for the ‘sound’ of the tree falling to be produced, there needs to be an ‘ear’ hearing the ‘sound’. Without the organs of perception, the perceived ideas, in their parts and wholes, do not exist, Berkeley argued.

The Malayalam film Kanthan: The Lover of Colour (2018) produced and directed by Shareef Easa, a new young film maker from Kerala, tells a profound story of what happens to us when we do hear the sound of a tree falling or being felled in our forests. Kanthan won the Best Film award at the 2018 Kerala State Film Awards hosted earlier this year.

The film opens with the lush canopy of a massive tree into which a wood axe is being hoisted. A man climbs the tree, sits on a branch and methodically starts to hack and chop the branch until the massive crown splinters, breaks and falls to the ground. It is an act of beheading. As in cutting up fish or chicken or dismembering a human body, the man moves to another branch, hacks it and chops it until it too falls off. After the entire crown has been chopped off and the headless tree sags against the sky, he wields a chainsaw to slice off the struggling torso of the tree. This is how we kill trees – one after the other – for our lumber industry.

This scene, shown as the opening credits roll is from the film’s diegetic point of view, so to speak; the young boy Kanthan’s story is yet to begin. Because it materialises out of nothing at the film’s opening, we know we will return to this fallen tree soon. This is the root note in the composition, the signature riff to which the song will return again and again. The film, with a screenplay written by Pramod Kooveri, indeed has a musical structure with four different expansions of this felled and killed tree; one in this narrative section, and three in the main story of the film.

From the top of the tree we zoom down to the luscious green hills and the verdant valleys of Wayanad in the high mountains of the Western Ghats in Northeast Kerala near the Karnataka border. In a small house in a small clearing in the hills, Kanthan, beautifully acted by the child actor Prajith with a thoughtful innocence, lives with his grandmother Ithiyamma, played by Daya Bai, and their dog. Kanthan and Ithiyamma belong to India’s more than a 100 million adivasis, or “original inhabitants,” or “indigenous” people living in near poverty, and acute social and cultural exclusion and oppression. They are first-hand eye witnesses to India’s post-independence modernity’s ruthless exploitation and extermination of the nation’s primary and secondary old growth forests. They are people of the forests and hills; indeed, other names for adivasis are vanavasis (forest people) and girijans (mountain people). The other actors in the film are from the Adiya adivasi community.

Kanthan and his grandmother Ithiyamma are Adivasis, who were the first-hand eyewitnesses to India’s post-independence modernity’s ruthless exploitation and extermination of the nation’s primary and secondary old growth forests

The motif of true perception is introduced in the very first moments we see Kanthan and Ithiyamma together. When he struggles to make the same colorful juice to spit out of his mouth as his grandmother with her betel leaf chew, Ithiyamma tells him that all the colors of the rainbow reside in his mouth. In a remarkable scene that merges science, magic and aesthetics, the like of which I have never seen in any film before, Ithiyamma takes a mouthful of water and spits it against the sun, where in a chimeric transience we see a rainbow appear and disappear in the arc of an instant. Ithiyamma does this a few different times to show the rainbow to the young boy. Kanthan, whose name could mean “one who is beautiful,” lover of colours, intuitively understands that what you perceive with the weight of your senses, of light and colors, is real. It is a beautiful scene that sets the tone for this quiet tale of love, loss, and love again.

One might even say that with this motif of true perception, this film is really about meaningful film objects. Shareef Easa directed Kanthan in time snatched from his job as a daily wage laborer in a rubber plantation in Kannur district in North Kerala. Easa has stated that the film was initially inspired by the suicide of the Dalit student Rohit Vemula at Hyderabad Central University in 2016 which sparked outrage all across India. Vemula, a PhD student committed suicide after being attacked in a series of events triggered by casteist oppression at the university. “His suicide made me cry, and I decided to work on a 10-minute short film on him,” Easa said, noting that the idea evolved into the script for Kanthan after spending time in the Adiya Adivasi colony in Wayanad.

The felled tree at the opening of the film returns in the form a small sapling thrown out by a rich landowner from his own protected “garden” of flowers which Kanthan secrets away to his own house. Kanthan plants that sapling in a plastic bag with soil from his yard and takes care of it like a living entity (which it is), taking it with him even when he goes to relieve himself in the woods or to take a bath.

These scenes are unforgettable as the film shows us the quiet and timeless calm of the Adivasi land and lifestyle in an idiom of permanence and distance reminiscent of fairy tales, fables or allegories.

These scenes are unforgettable as the film, shot beautifully by Priyan, shows us the quiet and timeless calm of the adivasi land and lifestyle in an idiom of permanence and distance reminiscent of fairy tales, fables or allegories. Kanthan bathes in the same swift flowing waters in which Kelu’s cow bathes. There is nothing impure in nature. It is easy to show what is visible; it is harder to show what is invisible. The invisible properties of nature suffuse this film.

The felled tree reappears in yet another form in Kanthan’s life: it becomes a drawing. A drawing is a mental object and it is in Kanthan’s relationship to his drawing of the tree that the philosophical ground of the film, its ethical question to us, the audience, resides. We share the mental tree with Kanthan, after all. When Kanthan wakes up from a nightmare of the men at the timber company slashing through the newly felled logs, the tree in his drawing also breaks in the middle, the cut deep enough to bend the tree but not to break it, yet. The mental object becomes a real object.

It takes a certain kind of bold confidence in the director and the writer to introduce this seemingly overdetermined element in an otherwise naturalistic narrative. But the film does it well. It is in Kanthan’s spirit to see his tree drawing break as if in a nightmare. In a tendentious scene, when the girl who gives him color pencils to color his tree asks him, “How do trees get their colours?” instead of listing chlorophyll or anthocyanin, Kanthan says simply, “From colour pencils.”  This is us, we who are fine with drawing trees even as we do not hear the trees felled in our planet’s back and front yards. We like drawings of trees and gardens where we can control and domesticate nature and not the lived wildness of it. Kanthan finds this out when he brings his secretly saved plant to school for the one day earmarked for environmental activities. Wild plant, wild plant, it will never flower, his fellow students taunt him. Kanthan takes his plant back home.

The third and final form of the felled tree is Ithiyamma, Kanthan’s grandmother. “When I die, I will come back as a tree, and I will give shelter to all the birds and all the people”, she tells him. If Rohit Vemula’s suicide was the seed that inspired this film, these final moments of the film force us to look at the film from a purely ethical perspective. The horrific foreshadowing symmetry between the scenes where Kanthan with the sapling in his hand runs in a panic to see the man who has hung himself, and the calm, composed and collected older Kanthan’s firm and decisive journey with the uprooted tree carried on his shoulder, like a Christ carrying a crucifix, are unforgettable.

The epigraph to the film is from a 10th century Indian text on tree medicine called Vrikshayurveda, an experimental scientific treatise on how to grow, cultivate and propagate plants and trees.

Indeed, in Kanthan’s final decision one may read either the gratitude of a son to his mother – grandmother or mother earth – or a graver ethical question regarding the validity of his act. If you die on a remote slash and burn hillside and nobody sees you, do you die? Did you live? Do you exist if nobody cared about you, dead or alive? Do the adivasis live or die? Are they citizens of this nation?

The film leaves us with this question. But inside Kanthan’s story, rain falls from the sky over the freshly dug earth and the newly planted and tamped down tree. There is a new tree growing on a mountain that has been stripped bare through deforestation.

This is a quietly powerful film, an ethical film on the ravages of deforestation and the criminal negligence of the Indian government to the needs of its indigenous people. The film is shot completely in the Adiya, the Adivasi village of Thirunelly colony in Wayanad. The characters speak in Ravulla language, an oral language without a script spoken by the tribe. The one exception is the Malayalam poem Vriksham by Kerala’s eminent poet Vayalar Rama Varma that Kanthan learns in school. The poem lists the primordial rootedness of trees across civilisations and cultures. Its presence in the film is tragically ironic at best. 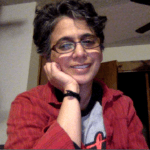 The Resilient Women Of Shaheen Bagh Dissent On The Streets