If you want a movie that honestly portrays loss, female friendships, growing up and self-love, watch Someone Great.
By Jayna Viswalingam May 9, 2019 5 min read

Someone Great is something great. A classic rom-com with great characters, hilarious one-liners and lots of love, except so much better.

Someone Great is a story about Jenny, a music writer living in New York, who gets her dream job with Rolling Stone in San Francisco. It’s a tale of her breakup and her best friends helping her through it. The movie centres around the day after the breakup where her and her best friends Erin and Blair skip work for the day to spend it trying to find tickets to a music festival, Neon Classic. After a day of drinking and debauchery, they get to Neon Classic where it’s revealed Jenny only wanted to go to find Nate, her ex. The three of them fight and proceed to all go on a journey of self-realisation and self-improvement. Erin finally manages to tell her girlfriend how she feels, Blair admits to sleeping with Matt and Jenny makes the realisation that she needs to choose herself and the movie ends on a comedic, loving note.

Firstly, we need to talk about the amazing performance by DeWanda Wise who played Erin in the movie. Her incredible one-liners elevated the movie from a normal rom-com to one including perfect satirical material on the institutional problems of the modern Western world. Also, some of them are just plain funny. They had me laughing but equally nodding along like, yeah, good point. I’m just going to let her speak for herself, so here are some great examples;

“Trying to make me feel feelings like a motherfucking Pixar movie.”

“Grief is an emotion best served with a side of stiff dick.”

(When she walks into her friend having sex in the bathroom) “But I stand by you and your risqué choices, and I will meet you outside. Don’t forget to wash your hands. You fuck, boo. You fuck.”

And a favourite of mine when she talks about her job in real estate:
“God bless the middle-aged whites. Keeping a bitch paid. It’s like reparations, you know?”

I mean, I just need a bunch of t-shirts featuring Erin’s quotes. But besides the fact that she’s incredibly funny, there is also such a sense of realness to her character. Erin’s main problem in the film is her inability to admit and commit to her love for Leah. She spends the movie in basic denial but with the help of her friends realises how scary she finds love because of the hurt she had from a past relationship. Specifically, by a girl she thought she loved who then leaves her due to her going “back to men”, making Erin feel like an experiment. She eventually confesses it all to her girlfriend who not only accepts it but also shares her experience by saying “You have two best friends. I have to imagine you’re not sitting around reading queer theory together.” Basically, Erin’s hilarious but also just real and damaged, as the rest of us are. It’s a duality of what we’ve all been there but equally of what we haven’t because her experience is unique to being a black lesbian woman.

Erin’s hilarious but also just real and damaged, as the rest of us are. It’s a duality of what we’ve all been there but equally of what we haven’t because her experience is unique to being a black lesbian woman.

Then there’s a character that is the complete opposite. Blair, played by Brittany Snow, is a blonde, blue-eyed white girl who supposedly has her life completely planned and together. Through the movie, she turns out to be a great representation of how life doesn’t usually turn out the way we’ve planned, and part of growing up is realising and embracing that. Also, just a side note that needs to be mentioned, there’s a scene where she’s hooking up with Matt in the classic ‘I shouldn’t be hooking up with this douche’ scenario where they’re about to have sex and he’s moving down on her. She starts saying, “We shouldn’t. We-should–“ and he replies, “I mean if you really want me to stop, I’ll stop.” To which she replies, “Don’t stop.” Can we just take note of how this is a great understanding of consent? Finally, a movie that shows how it’s done!

Overall, this movie has an incredible representation. Not only does it centre around three incredible women who are genuinely not defined by any man, but we also have racial representation, LGBTQIA+ representation and a range of personalities and characters in both men and women. Even Jenny going through a breakup is an incredibly cool writer moving to San Francisco for a job with Rolling Stone. She’s a dynamic character despite having just been broken up with, something we don’t usually see in this genre. Blaire literally gets rid of the only man defining her experience – her boring boyfriend that she dumps. Erin just doesn’t have a male love interest; I mean can we embrace this beautiful movie about friendship and women. The characters in this movie really represent a healthy spectrum; we even get an appearance from the legendary RuPaul. Jenny gives us that boss ass Latina woman vibe, her t-shirt literally says ‘Latina AF’. Even just the soundtrack features incredibly strong and talented women, my favourite being Truth Hurts by Lizzo.

Someone great is a movie that is real about love, real about relationships and celebrates self-love and diversity

But bringing it back to the main plot of the movie, Jenny and Nate are beautiful characters. Beautifully sinister is the way I can describe this movie. Everyone I’ve talked to has gotten something out of it, but I must warn you it hits hard. Jenny and Nate’s relationship is so painfully honest and real to the point where most people in or out of relationships can relate. As Jenny writes in the movie, “My hope is if we add up the one more’s they will equal a lifetime. But that’s not real, is it? There are no more ‘one more’s’. I met you when everything was new and exciting, and the possibilities of the world seemed endless. And they still are. For you, for me. But not for us.” You see the pain in both Rodriguez’s and Stanfield’s characters but you also see the part of the breakup that most rom-coms don’t show us, that the best part of the breakup isn’t getting back together or finding someone else. The best part of a breakup is finding the ability to love yourself and find hope. The timeline of the movie is beautifully phrased with constant jumps in time to show the discontinuity in thought that one experiences through a breakup. It’s anger, it’s sadness, it’s longing, it’s so many things.

Gina Rodriguez gave us a beautiful performance of a loveable fun character but one that was also hurt, broken but ultimately hopeful and chooses HERSELF. Someone Great is a love story but it’s not a rom-com where the guy and girl end up together. It’s a movie that is real about love, real about relationships and celebrates self-love and diversity. It’s a movie about friendship, about reality and about true love- the love you find for yourself. I cannot highlight that enough because it’s rare movies give us that. As Jenny says in the movie, “Shit, I guess in that moment, I was choosing myself…cause it’s like, it’s not, um…our journey anymore. It’s mine.”

I finished watching this movie feeling quite shaken from its bare honesty. It was a bit of a slap in the face, but the best kind? It was like a shock into reality, something I’ve honestly never got from a romantic comedy. If you want a movie that honestly portrays loss, female friendships, growing up and self-love, watch Someone Great because as I said, Someone Great is really something great.

Also read: Isn’t It Romantic Makes Us Revisit Our Traditional Notions Of Romance 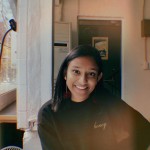 Why This November Is All About Love, Hope And Men