CulturePop Culture TikTok In India: How Cyber Secure Is The App?

If we were to look into the collection of TikTok videos available on sites like YouTube, the trends that are seen with regards to the identity safety of users on the app can seem alarming.
By Himalika Mohanty Jul 23, 2019 5 min read

A preliminary search on Google for criticism directed towards TikTok will reveal a barrage of comments by parents of children, aged anywhere between five years to eighteen years, expressing concerns about the impact of this app. The reviews have titles which range from ‘inappropriate’ to ‘beware’ and ‘danger’. The major apprehensions of the parents revolve around the very large number of older male users on the app, who often pose as teenagers, and get other teenagers to disclose all kinds of information to them.

TikTok is a short-form video app which was initially launched as Musical.ly by Chinese entrepreneurs Alex Zhu and Luyu Yang. In 2017, the Beijing-based startup ByteDance, which already owned TikTok acquired Musical.ly from Zhu and Yang for around one billion dollars and merged the two, and all Musical.ly accounts were automatically migrated to TikTok.

Users of TikTok film themselves lip-syncing to a range of songs, dialogues or acts, present on the app’s database. The videos are 15 second long video sketches. You can also collaborate with fellow TikTok users to create what is known as ‘duet’ videos. The app’s privacy settings, however, have raised several eyebrows because there are only two sets of audiences possible for any video—either the video is private which means only the maker can see it, or the video is public which means anyone on TikTok can see it. With the growing popularity of the app, there are carefully curated TikTok videos available on YouTube for public viewing.

Other than this, some of the major concerns regarding this app is with its privacy issues. It encourages conventionally inappropriate and sexually explicit content, without creating any safeguards against harassment or exploitation.

TikTok has been under the scanner for a few months now because of a recent ban. The app which has almost 5.4 crore users worldwide, has been driving its users to create as many risqué videos as possible, to garner the highest number of views. In April 2019, the Madras High Court imposed a ban on the app, which resulted in Google and Apple pulling the app from its stores.

But what were the reasons behind this ban? Concerns were raised about the safety of this app. A nineteen year old was shot at by his friend while filming a video on TikTok in Delhi. Another incident involved a man in Chennai trying to film a video of him slitting his throat, and he actually did end up slitting his throat!

Other than this, some of the major concerns regarding this app is with its privacy issues. It encourages conventionally inappropriate and sexually explicit content, without creating any safeguards against harassment or exploitation. It is due to these reasons that the Madras High Court banned the usage of this app. However, the ban was subsequently lifted when ByteDance agreed to make TikTok a safer place by introducing buttons to filter comments, and fine-tuning their privacy policies to include anti-bullying guidelines into it.

If we were to look into the collection of TikTok videos available on sites like YouTube, the trends that are seen with regards to the identity safety of users on the app can seem alarming. Several new challenges are created everyday by users to keep the music and meme factory going. For instance, there was a popular challenge doing the rounds last year called ‘Take It Off‘ in which users had to film themselves taking off layers of clothing. What is interesting to see is that, although this challenge was open to everyone, mostly young girls took up the challenge, and tried to present their videos in creative ways. These videos were later compiled and uploaded to YouTube.

Another instance of TikTok harbouring an environment conducive to the exploitation of young girls on the platform was the trending videos put up by one Budday. Probably in his late twenties or early thirties, Budday became notorious on TikTok early last year because he not only made videos with really young teenagers on the platform, but also private messaged them obscene comments. This raised concerns for parents on the app, and Budday soon turned his account private. These kind of sexist interactions is what TikTok often ends up encouraging, because of its lackadaisical privacy settings.

while social media apps are all the rage now, with new apps being churned out almost everyday, stories about TikTok’s loosely created privacy settings have been news for several months now, with no conspicuous decrease in its user numbers.

TikTok has an age limit of thirteen, but polls have suggested that children below thirteen may also be using the app, without any kind of parental guidance. A poll conducted by YouGov on trends that depict potentially exploitative avenues on live streaming apps like TikTok show that that almost sixty percent of the children in the sample aged below thirteen years have used such apps under fake identities, and a quarter of this sixty percent were below ten.

In a piece on the safety regulations of such apps, especially for underage children (i.e. below thirteen), The Guardian spoke to Dr. Nash of the Oxford Internet Institute who was worried “about age-inappropriate content, which might be song lyrics, for example, or sexualised content. Young children mouthing along to adult songs doesn’t sit well with me.” Additionally, when we consider the leniency that having poorly imagined data regulations provide to anyone who wants to try an app, age appropriate or otherwise, we get a situation that may prove to risque.

The popularity that apps like TikTok have managed to garner in a short period of time is not as astonishing, as it is alarming. I say this because, while social media apps are all the rage now, with new apps being churned out almost everyday, stories about TikTok’s loosely created privacy settings have been news for several months now, with no conspicuous decrease in its user numbers.

Today, data breaches are the terms of the hour, and there is global agreement in the fact that all kind of social media applications need to be better regulated so as not to harm the public it targets. Especially for the generation of people that forms the major chunk of the users on TikTok, it is imperative that the ‘Digital Wellbeing’—a term TikTok boasts of now, after the High Court lifted its ban—of every person is maintained, and that strict measures are taken to keep in check any and all kinds of exploitation, especially of the more vulnerable populations. 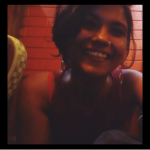