IntersectionalityGender Female Comedians And Their Gendered Burden Of Being Funny

It's not that women aren't funny. You're just not giving them the chance to be.
By Anindita Chowdhury Feb 14, 2020 6 min read

‘Why are women not funny?’

It’s a question many have tried to answer. They have pondered upon it, shook their heads in bafflement over it, some have even tried doing a scientific study to answer it. Because we need answers and we must look for them!

Everything is ‘naturally’ divided on the basis of gender, so comedy must be as well. Jobs, clothes, colours, deodorants, moisturisers – everything. Everything needs to be divided, sex and gender must be factored into every domain of life and questions wondering ‘Why women can’t?’ must become absolutes proclaiming ‘Women can’t.’ Women are bad drivers, women aren’t capable of being good doctors, and of course, women are never funny.

Everything is ‘naturally’ divided on the basis of gender, so comedy must be as well.

This sentiment seems to be a popular ‘unpopular opinion’ among groups of both men and women who say it in a matter of fact tone. Reasons given range from never knowing any funny women in real life to women comedians’ humour on vaginas, periods and bras not being relatable enough. Because obviously, dick humour is relatable to all.

A simple Google search of this question would expose you to myriad articles by respectable publications that have attempted to answer this question. And well, why wouldn’t there be?; it’s not a preposterous thing to ask. In this era of Netflix and Amazon Prime specials, YouTube videos dropping every week with social media announcements, stand-up comedy has become the go-to form of entertainment for the urban youth. They are willing to shell out a decent amount of money to watch their favourite comedians on the stage.

Clubs are popping up in cities providing platforms to amateur comedians via open mics. Comedians have also become political commentators of sorts now, some popular ones being Kunal Kamra and Varun Grover. One thing, however, stands out like a sore, sexist thumb: all open mics, all panel discussions, all stand up events have a mostly male line up, with perhaps one or two female comedians thrown in under the guise of inclusivity. Here, an infamous manel discussion comes to mind. Held by Film Companion in 2017, the panel meant to discuss sexism in the comedy industry. Unfortunately, it went disastrously wrong before it could even begin. Out of the six people present, Aditi Mittal was the only female comedian.

To be quite honest, when I was first introduced to the world of stand-up comedy a few years ago, I also held the view that women just aren’t as funny as men. I would never say it out loud but would just accept it as as a hard to digest fact. Recently, however, I realised that I actually have a few ‘favourite’ female comedians. In my attempt to investigate how this change of thought happened, I realised that it was because now I know more women comedians. Because there are more women comedians now than before.

So why are women not funny?

Maybe they are – we just don’t see enough of them yet because not a lot get the chance to get out there. And when they do, they are often trolled online, left out of line ups because of their gender, unfairly generalised, sexually objectified, etc. Comedian Supriya Joshi was fat-shamed online and tagged in derogatory memes. Aditi Mittal was told that she must regulate how she looks on stage (“For the longest time I was told not to project myself as ‘too feminine’. You have to desexualise yourself as much as possible because you don’t want to be viewed as a sexual creature, you want to be viewed as funny.“) There are countless such incidents.

The dilemma of the female comedian isn’t solved by asking why they are not funny. It is solved by investigating why you feel the need to ask that question in the first place.

Is it because you’ve never encountered a funny female comedian as opposed to a male comedian? It is possible that you haven’t – given that female comedians are a much smaller lot (this is fortunately getting remedied these days, albeit gradually) as compared to the men. The sample size is incredibly small for the consumer to find one that tickles their funny bone, which is not the case for men. A study in the UK found a large gender imbalance regarding representation in comedic panels, standing at 31 percent. In New York, comedy club Carolines featured only 20 percent female performers as compared to 80 percent males in 2014.

It is lack of opportunity – not lack of talent. And the only possible explanation I can fathom for the repetitive bashing and hounding and recycling of ‘why are women not funny?’ is that either people are too ignorant to face the real cause or that they don’t want to face it.

It is lack of opportunity – not lack of talent. And the only possible explanation I can fathom for the repetitive bashing and hounding and recycling of ‘why are women not funny?’ is that either people are too ignorant to face the real cause or that they don’t want to face it. There is a third, rather insidious explanation – shifting attention from the real issue via any means available (a scientific study!) to maintain gendered domination of fields.

I now feel the need to elaborate upon this study. It was published in 2019 and the researchers used meta-analysis of different studies to find that 63 percent of men on an average were funnier than women. In many of the studies they looked at, men and women were asked to write a funny caption to accompany a cartoon and were then rated according to funniness without knowing their gender. It received an outpouring of criticism from both the general public and women comedians in the global West. One of my favourite responses which also sums up the gist of my argument was made by Maddy Bye – “I don’t know why they’re trying to make it a scientific fact that women aren’t funny.”

Also read: The Marvellous Mrs Maisel: Women Can Be Funny Too

It is preposterous that society feels the need to demarcate something as inconsequential as the ability to make people laugh along gendered lines. It is routine to be funny. It is a part of life to be funny. Why is there a need to, with ignorance and without reason, rapidly place ‘funny’ on a pedestal only available to men? Why is there a need to gender even this? Really, how much divide can be forcefully formulated into existence?

I would like to end this piece with an excerpt from an interview of popular comedian Tina Fey with David Letterman on the Netflix show, ‘My Next Guest Needs No Introduction’:

David Letterman: I know this is a topic you don’t like talking about and it’s a topic without an answer, but women in comedy. And I know you’ve been very generous to women, in correcting an oversight. Now, when I had a television show, people would always say to me — I would do an interview with something somewhere, and they would say, “Why didn’t you, why don’t you have women writers?” And the best I could come up with was, “I don’t know.”

Letterman: And I always thought, “Well, geez, if I was a woman I’m not sure I would want to write on my little nickel-and-dime dog-and-pony show anyway cause we’re on at 12:30.”

Fey: Yeah, we do want to write on it, though. [Audience laughs and cheers.]

Letterman: Yeah. But that is my ignorance. And I feel bad for that, and it’s changing. Has changed.

Has it really changed? Isn’t the first step towards changing something correctly identifying and admitting where you went wrong? Or is it to shift blame on who you wronged? 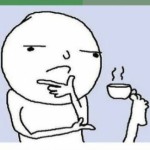 In Conversation With Dr. Vinita Chandra: On Sexual Harassment And ICCs On Campus | #MakeMyCampusSafe

By Sana Shah and Vidushi Shukla