SocietyEnvironment Here Are 5 Recent Environmental Movements You Need To Know

Climate Action has always occupied a backseat when it came to choosing between development and environmental protection but the events of the world are forcing us to rethink the time we have left.
By Sadhana NJ Jun 16, 2020 6 min read

Climate Action has always occupied a backseat when it comes to choosing between development and environmental protection but the events of the world are forcing us to rethink the time we have left. If the Climate Crisis is not acted upon, the planet will hurtle towards an apocalypse. The political and social events that are transpiring certainly makes one feel that way. But the rising awareness through protests, especially among the youth, provides us with a sliver of hope. Here are 5 contemporary environmental movements that are fighting for climate justice in India.

This movement began as a protest against the April 2020 decision by the National Board of Wildlife (NBWL) to allow North-Eastern Coal Fields (NEC) to do opencast mining in 98.59 hectares of Dehing-Patkai Wildlife Sanctuary. RTI filed by activist Rohit Chaudhary revealed that CIL had already been mining since 2003 in 57.2 hectares of the newly approved area. Known as the ‘Amazon of the East,’ the 111.19 hectare sanctuary is home to over 40 species of fauna, over 300 species of birds, 40 species of reptiles and 100 varieties of orchids. It has the highest diversity of wildcats anywhere in the world. The Elephant Reserve already suffers from logging, hunting and illegal mining—giving legitimacy to these will only compound existing problems. As the habitat shrinks, human-animal conflicts will also rise.

Members of All Assam Students’ Union (AASU) and All Assam Matak Youth Students’ Union had staged protests in Tinsukia district by forming a human chain earlier this May. The hashtag #SaveDehingPatkai led to online protests by people across the country including prominent personalities like Adil Hussain, Randeep Hooda, and Joi Barua. Jadav Payeng, known as the Forest Man of India, appealed to the Centre to reconsider its decision. NEC has temporarily halted coal mining operations and the Guwahati High Court has ordered both the Centre and the State to submit all relevant documents.

At a time when the rest of the world was moving towards climate action, the Bombay High Court dismissed several petitions against the felling of the Aarey Colony for the Mumbai Metro Rail Corporation Limited’s (MMRLC) metro 3 car-shed. The ‘Save Aarey’ protest rallies had been going on since the proposal of the car shed and gained momentum after the approval in August. Aarey is the only national park located within the city limits of a metropolis; it is home not only to flora and fauna, but also to many tribal communities who have been displaced because of various government projects.

Several concerned citizens, environmentalists, students and activists took to the streets on September 1, 2019, with posters to form a human chain and express their dissent against the move. It was amid this that HC cleared the path to felling trees. Following its dismissal, Brihanmumbai Municipal Corporation (BMC) authorities, in an inexplicable haste, felled approximately 2000 trees on the night of 4 October.

Protesters started pouring into Aarey to save the ‘green lungs of Mumbai.’ They were lathi-charged by the police and many were detained for several hours in various police stations across Mumbai over the weekend. Section 144 was imposed till October 6. When the newly elected CM Uddhav Thackeray ordered to stop the construction work of the shed, things looked promising. However, the issue is still ongoing with little hope of the forest being restored to its former glory.

The Sundarbans are the largest mangrove forest in the world, and are located in the delta of the Ganga and the Brahmaputra. The area is home to Bengal tigers and saltwater crocodiles among other species. 60% of it lies in Bangladesh and the rest in India. It spans over 10,000 square kilometers and is home to several species of flora and fauna including the Royal Bengal Tiger. However, the largest intact tract of mangrove forest in the world is shrinking fast because of increased sea levels and beatings from cyclones, which are more frequent due to climate change.

The recent cyclone Amphan in May 2020, the worst cyclone since 1737, left a trail of misery in the Sundarbans. Livelihoods were destroyed, people were displaced, embankments were breached and thousands of people are now solely reliant on relief camps. The mangrove forests are at a high risk because of a more pronounced rise in sea level than anywhere else which could eventually lead to a severe migration crisis of the local communities. A campaign emerged online to #SavetheSundarbans. In the middle of a global pandemic, concerned citizens resorted to donating to organisations working on ground, initiating dialogue about this treasure like the Amazon or Australian Bush and making art to spread awareness under the #SundarbansChallenge.

Also read: No, The Aarey Forest Is Not Just An Environmental Issue

The third week of September, 2019 saw students across big cities like Delhi, Mumbai, Bengaluru, Kolkata and Chennai stage peaceful protests at prominent city centers, heeding to Greta Thunberg’s call for mass protests to urge governments to take definitive action on the issue of Climate Change. This was largely youth-led who made it a point to stress the urgency of global warming through creative slogans. The point was to spread awareness about the impact a mere 2-degrees shift could have on the planet.

Environmentalists like Bittu KR also participated and he emphasised how the government has to heed to concrete policy demands and go beyond token afforestation in an attempt to portray its commitment to the environment. It was part of a global expression of solidarity to fight for climate justice and emphasise on its importance.

The nation’s capital throttled into an environmental crisis as the Air Quality Index (AQI) plummeted to 494. Toxic smog choked the city with mere breathing in Delhi being considered a hazard to one’s health. The protest, organised as a result of various movements on social media, saw over 1,500 people gather at Amar Jawan Jyoti, India Gate on November 5. Leonardo Dicaprio highlighted the success of these demonstrations in triggering climate action by the government. A special panel was set up to address the issue, Supreme Court ordered the state governments to address the crop and waste burning issue, Centre agreed to use the Green fund to combat toxic air pollution but the air quality was still abysmal.

Delhi experienced ‘clean’ air following the lockdown but the air quality started dipping slowly. New Delhi has been the world’s most polluted city for the past 2 years despite government efforts like the Odd-Even Scheme. It just goes to show just how large the threat of global warming is looming. The government needs to be making stronger policy changes to combat air pollution and ensure safety for its citizens.

As the state of the Earth deteriorates with unprecedented cyclones, bush-fires, deforestation, skyrocketing pollution, rising sea levels, habitat loss, islands disappearing, it seems redundant to even think that the threat is not real. While the elite and the privileged can move towards a zero-waste lifestyle or completely shift to expensive organic products, what about the most vulnerable communities?

The recent cyclone Amphan and its impact on the local communities of the Sundarbans is a mere example. They are almost always the worst-hit when natural disasters strike. The first in line are always the marginalised. It is thus imperative for the government to act and shape green policies in ways that take into consideration the intersections of caste, class, race and religion. It is time for us to force climate action more meticulously for a holistic betterment! 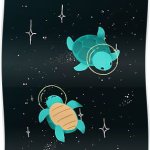 A History Of Body Hair Removal And Distorted Body Image