Rarely anywhere on the Internet did I find information about how painful sex can get for some people and about how often were they shamed for feeling so.
By Shailja Gusain Jul 28, 2020 4 min read

We have a revolution to plan and it involves deconstructing the notion that sex is equally painful (or painless) for all women. Every womxn’s lived experience when it comes to sex and exploring sexuality is unique and no, there is no one size fits all solution when it comes to the roadblocks in having and enjoying sex for many.

Picture receiving a text from your friend, late at night, in which she discusses her hesitation: Is sex a really unpleasant experience to have; shares hat despite multiple attempts in convincing herself, she couldn’t make up her mind to have sex with her partner and asks you if its normal for her to feel like that. How would you answer?

“It’s not that painful, you are probably just imagining that!” or “It’s okay, it feels painful at first but won’t so much when you actually do it” or“Use a lubricant” or “the pain is only like someone pinching you” or maybe, “Consult a doctor” – are some of the responses I could think of.

Also read: “The Sex Which Is Not One”: Vaginismus And The Construction Of The Female Sexuality

The radical Netflix series, Sex Education, comforts the heart with its portrayal of Lily, a teenager who is confused and disoriented with the idea of experiencing orgasm at the cost of the pain she suffers while pleasuring herself. Eventually with friends who have received their due education with the complexities of sex, Lily learns she has vaginismus which makes it difficult and inexplicably painful to have sexual intercourse. Of course when she detects the problem, the solution she finds is like a care package of ideas to get yourself out of it. Had it been otherwise, she would have ended up either adopting the idea that maybe she is never going to have sex because its too painful as it is and there’s no cure for it at all let alone a name.

The pain you might experience is equally important as any other sickness or disease one might contract. The point with discussing mental health and sexual pain is that even though vaginismus is rarely considered a serious illness, it stills haunts the healthy lifestyle of a person especially a woman, especially considering how the condition – if not destigmatised and normalised – will only aggravate the anxiety of a person who would have started off with an interest and liking towards having sex. Similar to how it is not easy to gauge if a person is battling mental health concerns without having a proper conversation about it in a safe space, it is of importance to address the stigma of painful sex as well, instead of diminishing its gravity or brushing it aside as something that could be mitigated by a ‘healthy’ lifestyle – an ill-advice that is often given to people battling mental health disorders.

Quite simply like how we are not supposed to dismiss someone’s mental health crisis as a “phase” or “attempts to seek attention”, It is pertinent that we do not shame the ones who have a hard time during sex and recommend them a good gynecologist. Because chances are, while on one hand, (especially) young adults are exposed to a culture that is increasingly becoming sex-positive and encouraging people to explore sexualities, on the other, people might never open up due to stigma and continue to have painful sex for years to be a part of the “in group”. A healthy conversation in a safe space could really help that stop.

A New York Times article puts it this way: “If every time I offered you the finest chocolate in the world I hit you with a hammer at your first bite, you would soon learn to dread and fear chocolate. You may also reflexively flinch at the smell of chocolate, or even when I walked into the room, and lose your taste for chocolate altogether. For some women sexual trauma could also become a factor and start a cycle of pain”. As for partners, it’s equally important for them to understand that even though pain is a likely possibility, it doesn’t have to be an unkind experience.

This is not to dismiss the exceptions of asexuality, for which being forced to seek medical assistance is a big no and in fact, criminal.

However, next time a frustrated, hesitant friend calls you, asking for help and a bit of assistance, it is important that you do not rush to make fun of or dismiss their experience of painful sex, rather advise them to get medical assistance and offer a non-judgmental, safe space for them to confide in you. 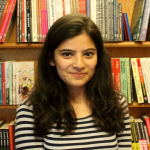 Shailja Gusain is an aspiring writer/translator based in Delhi. She reads to be more empathetic to her counterparts no matter what country, age or identity.

What Are The Ways In Which Global Economic Policies Affect Local Gender Issues?

My Experience Of Living As A Bisexual Woman In India

A Mall In Hyderabad Restricts Entry to Trans Women