How The Criticism Against Tanishq Ad Peddles A Hindutva-Nationalist Narrative

While Tanishq tried selling “Ekatvam” (communal harmony) in its latest advertisement, the response that it garnered was surely not one that reflects the sentiment. The past few days have seen social media trending with the hashtag #BoycottTanishq. More than 17,000 people tweeted with the hashtag, calling for an embargo on the brand and banning of the ad. Caving to the backlash and vicious trolls, the Youtube link for the ad was made private, rendering it unavailable for people to view it.

While a section of society calls it out for espousing “love jihad”, the other eulogises the secularism the ad elucidates. Released on October 9, the advertisement shows a pregnant Hindu woman being escorted by her Muslim mother-in-law (distinctly identified by the masses due to her attire) for a godh bharai (baby shower) ceremony.

In Hindi, godh bharai means to ‘fill the lap’ with abundance. It is an occasion that celebrates the first pregnancy of the bride and is held in the seventh month of the pregnancy. While baby showers are common in the West as non-religious ceremonies, for the Hindus, it is a religious affair.

The young woman in a bindi and sari asks the older one, in a salwar kurta with the dupatta covering her head, “Ma, yeh rasm toh aapke ghar pe hoti bhi nahin hain na? (these rituals are not observed in your household, right?) To which the latter replies, “Par bitiya ko khush rakhne ki rasm toh har ghar pe hoti hai na?” (But rituals to keep daughters happy are observed universally, isn’t it?). The noteworthy revelation is not just of a compassionate mother-in-law, but a compassionate Muslim mother-in-law.

It’s interesting that as a society we have finally progressed to representations of the saas calling the bahu ‘daughter’, but bigots would rather focus on absurd links to love jihad.

The caption for the ad on YouTube read: “She is married into a family that loves her like their own child. Only for her, they go out of their way to celebrate an occasion that they usually don’t. A beautiful confluence of two different religions, traditions, cultures.” The ad ends with the line, “Ek jo hue hum, toh kya na kar jayenge, ekatvam – the beauty of oneness”, meaning, “If we become one, there is nothing we cannot achieve.“

In a world fragmented by gender, race, caste, class and religion, nothing echoes as perfectly and poignantly as this Tanishq advertisement’s message of kindness, love, inclusivity and acceptance.

Meanwhile, Titan which now owns the jewelry brand Tanishq, plummeted in the stock market on Tuesday by 2.58% – a day after it faced this odium online. Following this furor, Tanishq took down the ad “keeping in mind the hurt sentiments and well-being of our employees, partners and store staff”.

Why let bigotry call the shots?

The main slamming for the inter-faith representation of the ad came from questions regarding why it has to be a Hindu woman marrying into a Muslim family and not the other way around. This comes with the natural instinct of the Hindu nationalists and Hindu rashtriya advocates, that are out there to vilify Muslims.

If the tale were flipped onto its head and a Hindu family was shown, the narrative would have been seen as progressive and peaceful.

Picture credit: Twitter (via Khemchand Sharma, a member of the BJP’s IT and social media committee)

Love jihad is a Hindu fundamentalist, extremist and Islamophobic theory alleging that Muslim men feign love for Hindu women with the aim of converting them to Islam. Hence, this ad falls right into the trap for those on the lookout for anti-Hindu sentiments.

With Bollywood being the pièce de résistance for every debate in town, how could it resist from stepping into this one? While Swara Bhaskar and Richa Chadha applauded the ad, Kangana Ranaut weighed in by saying, “This advert is wrong on many levels, Hindu bahu is living with the family for significant amount of time but acceptance happens only when she is carrying their heir. So what is she just a set of ovaries? This advert does not only promote love-jihad but also sexism.”

This looks like a shoddy attempt at pleasing the feminist in her while we are left wondering how can Kangana, from a 43-second ad, know that the bahu has been with the family for a “significant amount of time”? Why does she assume this to be the only occasion of acceptance? Nowhere does the ad suggest that she was ill-treated before she was “carrying their heir”. Sweeping assumptions like these, and illogical links to both love jihad and sexism account for nothing but spreading misinformation.

She goes on to say, “As Hindus we need to be absolutely conscious of what these creative terrorists are injecting in to our subconscious, we must scrutinise, debate and evaluate what is the outcome of any perception that is fed to us, this is the only way to save our civilisation”.

Appeasing the Hindu majority of India and appealing to this sense of ‘collective’ by using phrases like “As Hindus we..” and “our civilization”, she furthers the religious divide that secular India claims to eradicate. Terms like “creative terrorists” and “injecting”, poison the minds that are already fueled by hatred. Furthermore, attaching the word “terrorist” with those in the creative field or industry is ironic to her role as an artist. How does one expect the masses to respect offbeat renditions when artists themselves condemn creative works like these?

On the contrary, MP Shashi Tharoor tweeted in support of the ad:

At the other end of the political spectrum (quite literally), former MP and BJP leader Geetha Kothapalli described the ad as “bizarre, highly objectionable and normalising #LoveJihad”. “I want to know who directed this Ad and who wrote? Pull this AD down #BoycottTanishq,” she said on Twitter.

To me, what is bizarre is this reaction, after years of literature and cinema celebrating the plurality of Indian life and umpteen inter-faith marriages in reality.

This polarisation has been evident ever since the ad aired online and continues to remain despite, and due to it being pulled down. Tanishq’s Ekatvam campaign has whipped up acute and divergent reactions, contrary to its very goal. But this is not the first time Tanishq courted controversies by breaking stereotypes.

In 2013, it partnered with Lowe Lintas and created an ad with a visibly dusky-skinned woman (as opposed to the fair-skinned models who continue to be featured more even today) getting remarried. It broke new ground by challenging taboos and was a deviation from the sector’s typically kittenish brides.

But when a corporate giant with an irrefutable repute bows down to the majoritarian response, we ought to brood over the India of tomorrow. For it means that the politics of divisiveness has brainwashed the nation’s collective headspace.

How does one experience togetherness if they can’t even see it on their laptop screens? It’s astonishing that people won’t ban Republic TV or Times Now for touting hate but will ban Tanishq for spreading love. Let that sink in. 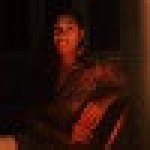