Subhadra Kumari Chauhan weaved the story so magically in her poems that, as a 10-year-old, merely uttering these lines made valiance rush through my blood. A connoisseur of powerful words, Chauhan ranks among the prolific poets and stalwarts of the Hindi language. Her pen dipped in the ink of veer rasa aided her fight against social injustice and colonial rulers. As a result, today her creative oeuvre boasts of almost 88 poems and 46 short stories!

Chauhan was born in a patriarchal and orthodox zamindar family of Nihalpur village of Allahabad district on August 16, 1904. There are many incidents from her childhood where she had raised her voice against discriminatory practices such as untouchability by chastising her mother for casteist practices. At the age of 15, she was married to Lakshman Singh Chauhan in whom, she found a like-minded partner who was a part of the social reform movements.

Even when ostracised by society for their progressive ideas and actions, Chauhan did not stop at putting their principles into practice. Years after her marriage, she attended the wedding of her domestic worker for which elders in her husband’s family caused a ruckus stating that Chauhan had ‘defiled’ them all by eating next to jamadaars (lower caste). Supported by her husband in her endeavours, the Chauhan couple simply stated that those who have an issue with their actions can excuse themselves from visiting their house. Later in life, she supported the inter-caste marriage of her eldest child, Sudha, with Premchand‘s son Amrit Rai.

A few years senior to Mahadevi Varma at Crosthwaite Girls’ School, Chauhan had found a kindred spirit at school. She noticed, nurtured and encouraged Varma’s poetic penchant, thereby nurturing a friendship for life. Other towering personalities, whose company Chauhan used to keep, are poet Muktibodh and novelist Jainendra Kumar.

Chauhan was a gifted writer with a published poem at the age of 9. However, she gained recognition when her work got featured among eminent poets in Kavita Kaumudi. She established an instant connection with her readers with her usage of the Khariboli dialect of Hindi. Practising the belief that pen is mightier than sword, Chauhan expanded her oeuvre to 88 poems and 46 short stories. Mukul (1930), which contains the classic poem, Jhansi Ki Rani, is her most well-known collection of poems. She also forayed into the genre of children’s poems, such as Koyal.

Role in the Indian Freedom Struggle

Much to the dismay of their family, the Chauhan couple was actively involved in the freedom struggle. In 1921, they participated in the Non-Cooperation movement and in 1923, they emerged as leaders of the Jhanda Satyagrah (Jabalpur chapter). It was then, at the age of 18, that a pregnant Subhadra Kumari Chauhan became the first female satyagrahi who was sent to jail. Chauhan presided over the women’s section of the state Congress Committee of Madhya Pradesh in the 1930s and in 1936, she was elected to the Bihar Legislative Assembly.

Although her husband was arrested during the Quit India Movement of 1942, it did not deter Chauhan’s spirit. Juggling her personal life and political involvement, the defining moment of her life arrived when she was marched to prison with her youngest and ailing child. Despite all the hardships, she did not give up, as she kept fighting for the benefit of her fellow inmates at the Central Jail, Jabalpur, by giving up food. She was eventually released owing to a life-threatening condition which required immediate surgery.

Chauhan’s daunting spirit and courage was undettered by her worsening health. In 1946, she was once again elected, unopposed, to the Bihar Legislative Assembly. Chauhan and her husband worked tirelessly to maintain communal harmony to usher in a peaceful era in the new India when in 1947 India became free but the gore of partition has stained everyone’s heart and mind. However, destiny had other plans as Chauhan passed away on 15 February 1948, while travelling back to Jabalpur from an educational conference held in Nagpur.

ICGS Subhadra Kumari Chauhan, an Indian Coast Guard ship was named after her by the Indian government that is a reminder of her unwavering courage. In 1976, Indian Posts released a postage stamp to celebrate her life and work. Madhya Pradesh government placed her statue before the Municipal Corporation office in Jabalpur.

The best work of artists and litterateurs is that where they get fully immersed. That’s why, I believe that Subhadra Kumari Chauhan not only wrote about Rani Lakshmibai but also strived to embody her personality, her courage and her defiance. Chauhan immortalised the spirit of Rani of Jhansi, and in return, Jhansi Ki Rani immortalised her in the annals of history! 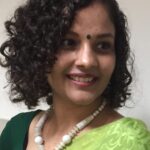 Relevance Of The Delhi Anganwadi Workers Movement: A Case Study