History The Revolutionary Potential Of A Feminist ‘Successor Science’

A successor science and a feminist empirical knowledge is impossible without taking the course of history and role of epistemology in account.
By Shainal Verma Apr 2, 2021 4 min read

More than questions on knowledge production, feminists are concerned about scientific methods and various pathways which produce knowledge. An interrogation of the so called objectivity promised by scientific methods is essential to formulate a feminist science because feminists were the first to spot the androcentric nature of the scientific truths.

A social constructivist argument is to cut open how objectivity and scientific methods function could function as bad guides in the formation of scientific knowledge and the ‘making’ of it. Science is a manufactured tool to distract a social actor from his/her/their knowledge which has a desired form of objective power. A feminist version of objectivity demands an engagement with the so called established doctrine of objectivity which threatened the feminists’ budding sense of collective historical subjectivity, agency, and the experiential accounts of the truth. Marxism has been a committed resource as a epistemological feminist vision that formulated its own doctrines of objectivity. ​Psycho-analytical tools have been helpful for implementing this approach, particularly the anglophone object relations theory.

“Feminist empiricism” is an approach which intersects with feminist uses of Marxian resources to produce a theory of science different than scientific theories produced earlier. Feminists believe that they describe and discover things with deconstruction as a methodology.

Evelyn Fox Keller ​is a proponent of the method and Sandra Harding calls the goal of such a methodology a ​“successor science” ​which is impartial in nature as it takes an undivided account of the world, taking the practices of domination and the unequal parts of privilege and oppression that mark positions in society.

Harding insists on the project of feminist successor science with a postmodern insistence on indelible difference and radical multiplicity of local knowledge. Hegel and Marx consider the knowledge produced from the position of a slave to be the best knowledge of the social order. Hegel, Marx, Engels and Lukacs propose that lives of the proletariats reflect information on social and economic dynamics. Feminists believe in the ideas beginning from women’s life.

Pre Marxist feminism is famous for its abasement of sexual, labour emotional or domestic work or the activities of the proletariat as a whole. Hierarchical dualism, androcentrism, phallocentrism, hegemony of one language were features of pre-Marxian feminism. Marxist feminists emphasise the importance of women in caregiving and reproductive life systems. Women’s standpoints become central in these systems from their epistemic positions, the same way a worker’s position becomes central in capitalist economy.

Oppression is a life condition which privileges certain sections to make a claim for themselves. The social inequity which affects women and the marginalised accords them the standpoint to see beyond the ‘dominant’ perspective. Women, in this context, become more aware in acquiring perspectives of the social order which helps them critique it better. Marginalised lives remain a hotbed for understanding through resources how scientific problems and research selection and funding takes place.

The Government of India banned manual scavenging with the Prohibition of Employment as Manual Scavengers and their Rehabilitation Act, 2013​. It describes manual scavenging as ​“manually cleaning, carrying, disposing of, or otherwise handling in any manner, human excreta from the insanitary latrines”, although about 300 manual scavengers reportedly died in 2017.

Indira Khurana, an activist in the Safai Karmachari Andolan reflected on the state of India’s environment in 2018 with, ​“The centre must spell out a detailed, time-bound and transparent action plan with a monitoring and accountability framework, even if sanitation is a state subject”.​

Equality as a right comes in question once we analyse what kind of knowledge the state is producing, why is the knowledge on certain sections absent or under represented? If we look around us, we might be able to observe the many under-represented “truths” that a feminist successor science and a feminist empirical approach promise to reveal. As feminists, we can agree that a successor science and a feminist empirical knowledge is impossible without taking the course of history and role of epistemology in account. 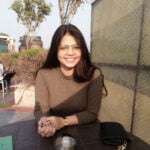 Session On Contemporary Dilemmas In Feminism By Nivedita Menon