While scrolling through my Instagram on a lazy afternoon, I came across a video of an IIT Kharagpur professor, Seema Singh. The video shows her taking an online class in a preparatory English course meant to help students belonging to the Scheduled Castes, Scheduled Tribes and Persons with Disabilities to perform well in the IIT JEE exams the coming year. Professor Singh is seen being evidently casteist towards and abusing the students, using foul language and addressing them with words like “bloody bastards”.

“Shameless creatures, you have to stand up for only two minutes for the national anthem, you cannot do it, and bloody ba****ds, this is on your parents, I am calling your parents that. Do you have any shame?” “What I have to do, I will do. Nothing on earth can prevent me from doing that thing. Go to the Ministry of Woman and Child  Development, go to the Ministry of SC/ST and Minorities, nothing will prevent me from doing what I have to do to you. Is it clear? Hello, bloody ba****ds, is it clear? (sic).” — These are just a couple of instances of the IIT Kharagpur professor’s casteist remarks towards the students.

Soon after around three video clips of Singh misbehaving with the students went viral, several people as well as social organisations came forward and criticised the unjust behavior of the professor. Over 800 IIT alumni wrote a letter to the Director of IIT Kharagpur condemning the professor’s behaviour. They demanded her termination from the institute apart from an apology to the students, which she later handed over. According to a Hindustan Times report, Singh said that she “went overboard” because she had tested positive for COVID-19. Meanwhile, several anti-caste activists denounced the apology as ‘useless’ and ‘dishonest’.

This outrageous episode is a classic case of intrepid casteism. Some of us might question this argument and simply call it a teacher-student-bashing incident. I would have been extremely happy if that was the case but unfortunately it is not so. When a group of students belonging to the marginalised sections of the society is mistreated, threatened, and abused, we cannot be ignorant and presume otherwise.

Casteism, even though outlawed in India, presents itself in multiple ways in educational institutions. In Justice D Y Chandrachud’s words “Overt discrimination has now become systemic”. The IIT Kharagpur professor’s case of verbal abuse and humiliation is not an isolated event. Every now and then, we witness cases of caste discrimination and tell ourselves ‘educated people are not casteist, this happens only in rural India’. But does it?

Rohith Vemula’s suicide in 2016 was closely related to his Dalit identity. The University of Hyderabad deprived him of his monthly scholarship and hostel accommodation. Apparently, his death came easier to him than his victory against the institutional system. His last words were “My birth is my fatal accident” which reflected his struggle as a marginalised born.

Bal Mukund was another Dalit student from Uttar Pradesh who died by suicide in his AIIMS hostel room in 2010. The faculty and students were always teasing him as the “quota guy”. These two cases were the ones that received media attention owing to the prestige of their institutions. Many other unfortunate cases don’t even get a chance to come into the limelight.

Singh brazenly saying “You can go to ministry of women and child. Go to ministry of SC, ST, and minorities. Nothing can prevent me from doing what I have to do to you” shows the fearlessness that reverberates in her words.

An important question that arises at this point is: where do discriminatory offenders derive their sense of authority from? It is probably due to the existing hegemony of the upper caste communities in almost all the authoritative positions- be it executive or judiciary. As a result of which, it becomes easier to get away with this kind of inhuman behaviour.

Another riveting question we need to ask is whether the IIT Kharagpur professor would have reacted with similar aggression over something as small as asking for a leave if it was a different set of students, for instance, a bunch of savarna students. My intuition tells me otherwise.

Further, it is highly unlikely that the upper caste students or their parents would have tolerated such a scandalous misconduct. Contrary to this, in the video, the students are listening without protest as if this kind of experience is embedded in their genes. The psychological safety that the offenders have while subjecting Dalits, Bahujans, or Adivasis (DBA) to casteism is nauseating.

In her apology statement, accessed by the Hindustan Times, Singh gave mental health reasons for her distasteful behavior. She explains how the isolation and lack of support that she has been experiencing in these difficult times led to her outburst. The cited reasons may likely save the IIT Kharagpur professor from termination or even public criticism. But will it be fair and just?

Clearly, despite laws like the SC/ST Act 1989, marginalisation and discrimination based on caste haven’t left the country. The government provides for setting up SC/ST cells in universities and other institutions to support the DBA students. These cells are there for helping the reserved category persons in different aspects of their learning journey. However, the truth is several institutes do not have a functional SC/ST cell.

These cells also act as a Grievance Redressal help desk for students. Therefore, every institution that gives admission to DBA students should mandatorily have these support cells. In order to take their place in the developing society, it is important that these students feel safe, secure, and respected.

Professor Singh belongs to the Humanities and Social Sciences department at IIT Kharagpur. Given the field of study, aren’t they supposed to be more sensitive and compassionate, especially towards socially underprivileged ones? Ironically, Singh has co-authored a paper titled Learning to Learn from the Other: Subaltern Life Narrative, Everyday Classroom and Critical Pedagogy.

Our teachers, at school or college, have often been our guide and confidant in times of need. Such callousness of teachers deteriorates the already suffocated self-esteem of these students. Consequently, it exposes the already suppressed students to the maltreatment by other members of the institute.

One cannot emphasise enough on how educational institutions should not rely on degrees alone in recruiting the faculty. It becomes crucial that they are tested on their emotional intelligence and social awareness levels too. Apart from providing technical training to the faculty and staff, the institute should socially sensitise them. They need to be more inclusive towards the diverse set of students that are present on the campus.

Providing education opportunities is not enough for creating an equitable system. It is necessary that enabling conditions for marginalised students are established in a step in the direction of our fight against eliminating caste-based discrimination. 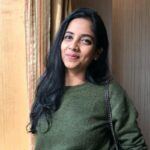 Shivani is an MBA graduate from IIM Indore and a writer in the making. She is an intersectional feminist who wishes to write elaborately on the subjects of classism, patriarchy and caste inequality.

Dear Doctor, I Don’t Need To Be Married To Have Sex | #MyGynaecStory

The Men In My Life Made Me Who I Am Today, And I Am Thankful!