CultureCinema Film Review: The Disciple—A Journey Of Discovering Who You Are

The Disciple follows the story of a classical Indian singer aspirant, Sharad Nerulkar, who has dedicated his life to his art.
By Sagar Galani May 19, 2021 4 min read

Do you know the feeling of realising what you’re working towards is not what you’re “meant for,” or what comes naturally to you? It’s one of the most painful, but cathartic experiences some of us go through. The feeling of being in denial about something you really want to be true, but know that no matter how hard you try, won’t ever be.

Chaitanya Tahane’s The Disciple is an interesting reflection on the definition of being successful. We follow the story of a classical Indian singer aspirant, Sharad Nerulkar, played skilfully by Aditya Modak, who has dedicated his life to his art. Tahane uses various tools to allow us to walk through Sharad’s journey and feel the ambition, focus, disappointment, and frustration he goes through.

The film is relatable to a diverse group of audiences. We’ve all had the urge to doubt ourselves and contemplate quitting. In a sense, the film brings our worst fears to focus and make us realise that life is an interesting journey, regardless. Tanahe’s technique of immersing us into Sharad’s world allows us to feel what it would feel like to be in his shoes, literally. Tahane’s employs various tools to allow us to connect with Sharad’s character. Let’s look at a few.

Like Tahane’s Court (2015), The Disciple has a unique style of cinematography which establishes the authenticity of each location. Tahane wants us to feel like we are in the spaces of his characters, even if that means extending scenes to allow the audience to notice the smaller details about the location. We get the time to observe the small talk audiences are having during a performance or feel how cramped a garment shop is where Sharad buys a kurta for his performance. It’s a bold choice, one that Tahane has remained loyal to across multiple pieces of work. Many restless audience members would argue that the transitions seem lazy and unnecessary.

However, if you are invested in Sharad’s journey, you enjoy the extra time you get to be in the same spaces as him. Watching him drive his motorcycle across iconic Mumbai roads in slow motion, listening to old tapes of a successful singer from an earlier generation, ‘Maai,’ is moving. She says things like “If you want to walk this path, learn to be lonely and hungry.” They move us, like they move him, allowing him to look past the thought of quitting. Such scenes highlight the importance of the distinct cinematography and extended transitions.

One of my favorite elements of the film are the foils (a character, who’s purpose is to contrast another character, typically a protagonist, to highlight certain aspects or personality traits) Tahane develops to highlight Sharad’s professional stagnancy. In the first half of the film, it’s his two “co-disciples” who seem to have a natural mastery over their musical talents. In the second half of the film (when Sharad is a little older), it’s a female classical singer participating in a televised singing show. Seeing various elements of these foils’ journeys allow us to feel the restlessness and insecurity he processes when encountered with these individuals.

Seventy-one minutes into the film, we see Sharad watching this girl successfully audition for the show. His expressions highlight how badly he wants that recognition and appreciation as well. It’s almost like he’s more engaged when he notices other people achieving success than during his own performances. Throughout the film, the foils serve as an effective tool that allows us to reflect on his professional journey.

Tahane does an incredible job juxtaposing scenes to demonstrate the impact of certain experiences on Sharad’s decision-making. We get to see him as a young boy, going to shows with his father, juxtaposed with an older Sharad preparing for his own performances. Such transitions highlight how his childhood experiences played a bigger part in his devotion to his performances than the actual happiness derived from singing.

Another example of this is in a scene where a 26-year-old Sharad gets defensive and throws water at a music collector for speaking negatively about his mentor. The next scene quickly transitions to an older Sharad helping his mentor bathe. We feel the immense protectiveness Sharad feels for his mentor, throughout all those years, by one transition.

Also read: Carnatic Music’s #MeToo: How Media Defeated The Cause By Enabling The Artists

The film’s messaging about working diligently, evaluating yourself on the merits of the work and not exogenous factors, is one that resonated with me. Fifty-five minutes into the film, one of Maai’s most interesting quotes pointed out that to perform, one must “forget about the audience and other such notions.”

At the end of the film, Tahane spells it out for us by giving us Sharad’s extrapolation of Maai’s thoughts, that “just by being in the company of talented musicians… you don’t become talented yourself.” Today, I think we sometimes evaluate our hard work by superficial things like the people who ‘repost’ our content or the number of followers we have. There is something beautiful about this film, where an old woman is urging us to focus on our dedication and let go of all the superficial things that are influencing our mindset.

Overall, the film’s strength lies in its direction, which makes the audience feel like they’re in the shoes of the protagonist. This ambitious goal is sometimes taken too far and can make those who are impatient a little restless. But for those who connect with Sharad, you’ll thoroughly enjoy this long, windy journey of a passionate man discovering himself and his capabilities.

All images courtesy The Disciple 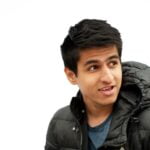 Sagar Galani’s writing focuses on gender inequality and toxic masculinity in Indian media and society. He currently works in Mumbai in real estate and hotel development. He has completed his Bachelors in Applied Economics from Cornell University. In his free time, you can find Sagar performing improv, diving or reading about personal finance.

No, My Social Anxiety Does Not Control My Sexuality