In a follow up to announcing free public transport for women, Tamil Nadu extends the benefit to differently abled persons and trans women
By Akhila Thomas Jun 17, 2021 5 min read

In a follow up to the Tamil Nadu government’s recent announcement confirming free travel for women in state-owned buses, the 97th birth anniversary of political stalwart and the state’s former Chief Minister M Karunanidhi was commemorated with the extension of the free travel benefit to transgender women and persons with disabilities. Proposed to be implemented after the lockdown restrictions are lifted, this decision has the potential to spearhead the journey towards inclusivity in public spaces.

Earlier in April this year, trans individuals in Punjab had raised the issue of not being included in the reforms that allowed women free bus rides. They pointed out problems such as being ridiculed and denied seats on buses. They also called to attention the lack of recognition in various fields like education, employment and healthcare, all of which contribute to the narrowing of their financial and socio-economic conditions.

An article in the Hindustan Times outlined these statements by several trans persons that underlined the necessity of providing specific relief for them in public transport. This dream however attained fruition in Tamil Nadu, paving way for government policies being inclusive of people pushed to the margins.

When it comes to the often invisibilised labour in the informal economy, the financial independence and stability of historically subjugated members of the society has always been an elusive goal to even begin pursuing. Stereotypes and social conventions penetrate the revered frameworks of ‘culture’ that shape rigid mindsets and stand barrier in the path of progress even today.

This becomes the shared experience of several trans women who have ventured to actively be part of the public life ranging from the employment sector to the public transport infrastructure. Ragarenjini spoke to the Digital Pioneer’s Club in an article that features the initiative to welcome transgender employees at the Kochi Metro in Kerala. She recalls the initial struggles to rid her colleagues of the misconception that all trans people were sex workers.

Amrita, another trans woman working at the Kochi Metro spoke about how she could not find accommodation as a result of being discriminated against which led to her spending three days homeless in a new city. Latha mentioned that lodges were their only options and that the rent for housing and food overshot their meagre salaries by a wide margin.

These lived realities expose the harsh social conditions of several trans women who face multiple layers of oppression and exclusion. With meagre opportunities in the employment sector that are often laced with prejudices and discrimination, free transport can go a long way in stabilising their finances and cutting down on daily expense.

We must take cognizance of the fact that even in the face of such inclusive policy decisions, the risks of possible stigmatising and humiliation remain as threats due to which trans individuals have been favouring private modes of transport such as cabs and autos as mentioned in an article by James Factora for Them. With these factors limiting their public presence, the trans identity remains shackled to a few heavily stereotyped images in the minds of the larger public.

The recent development in the Tamil Nadu public transport system could work to dismantle the underlying layers of discrimination and exclusion trans persons face by giving them visibility and public presence. This could be the start of policy making becoming sensitive towards the marginalised who are forced out of the mainstream. When government policies and initiatives are involved in streamlining the needs of underrepresented communities, it effectively adds to their social recognition and security.

The feeling of safety and comfort in buses having enough members who share the same concern of security would be calming for trans women. Free travel could be an incentive to prompt more members of the community to avail public transport facilities. This can be an inroad to increasing the mobility of trans women and increasing their participation in the public sphere.

Claiming space in public venues and asserting presence is pivotal to increasing the visibility of marginalised communities. This would foster an equitable atmosphere in all social spaces, which is the ultimate goal. When backed by the government, social change will be more effective and prompt.

While this initiative could be a promising start, an article on Gaysi by Ankita becomes a sharp warning against premature celebration and reminds us of the long distance that yet needs to be traversed. Citing the example of when the Union Ministry promised an amount of Rs.1500 as aid to trans persons during the pandemic, the article explains how the requirements to avail the service hindered the members from benefitting from the initiative.

It was required of them to produce their Aadhar Card and bank accounts to register for the scheme. But discrepancies regarding their names on the Aadhar cards coupled with the fact that several of them could not produce medical certificates, rendered the scheme inaccessible to many. This reflects the ground realities being ignored even while implementing schemes that are well intentioned.

Similarly, the article raised several concerns which may resurface even with the Tamil Nadu government’s reforms. The persisting stigma surrounding trans individuals could lead to untoward incidents against them. There is a dire need for the government to address such possibilities and have a clear plan of action to take preventive steps. The exclusion of trans men from the initiative is also put forth as one of the areas that needs to be addressed by the government.

Kolkata has come up with the facility for trans people to reserve designated seats on selected public buses and there are also several ongoing debates surrounding the need for assigned as well as gender neutral public toilets for trans and non-binary individuals. These instances show that there is much to learn and much more do in order to make public spaces more inclusive in their infrastructure, thus, effectively recognising and integrating the needs of the trans community into the social framework.

Government-led initiatives such as these sure help to make public spaces more accessible. Positive, affirmative policies also have the potential to educate and reform the mindset of the society at large. Such efforts indicate that we are on the right track, but we must not be carried away in pedestalising their facilitators.

We have a long way to go before we can “pat our own backs” as Ankita puts it. 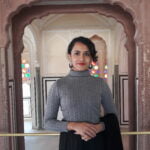 Learning To Un-Hide My Disability In Romantic Relationships

How to Support A Loved One Who Is Dealing With Depression