Essel Mining and Industries Limited's diamond mining project in Madhya Pradesh could lead to the felling of about 2,00,000 trees in the Buxwaha forests.
By Rhea Gangavkar Jul 2, 2021 5 min read

The war on environment by big corporates continues. Aditya Birla Group’s Essel Mining and Industries Limited has taken up the diamond mining project in Madhya Pradesh’s Chhatarpur district and if it is to come through, will lead to the felling of about 2,00,000 trees in the Buxwaha forests. A project that has been in the works for the past 15 years, the Bunder diamond block is located in the Panna ranges in the Vindhyas. The Panna region has been famed for its diamonds, and there is evidence of diamond mining going on there for over 400 years.

The first diamond survey was done in the year 2003-04 by an Australian diamond mining company called Rio Tinto. The same organisation also ran a pilot project in 2007-10 to mine diamonds. It came up with an expansion proposal and a new project plan that involved the cutting of 11 lakh trees but abandoned it in the fear of not getting environmental clearance. In 2019, the Kamal Nath government floated a tender asking for bids on the abandoned mine site, in which two big names; Birla and Adani were major contenders. Aditya Birla’s Essel Mining Group won the bid at INR 55,000 crores, of which the state government would get 42% royalty, that is 23,000 crores.

While in the Panna region, the estimated value of diamonds is supposed to be 22 lakh carat, the estimated value of diamonds in the Buxwaha forest is estimated to be 3 crore carats. To mine these diamonds, almost 2,15,000 trees are going to be cut in the already environmentally-sensitive and drought-prone Bundelkhand district, which could lead to more ecological damage. The Bunder diamond mining project is supposed to be the country’s largest diamond mine ever.

Also read: Why Is Making Environmental Policies During A Pandemic Unethical?

62.34 hectares have already been earmarked for mining in the Sagoria village of Buxwaha, but the Essel Mining Group has asked for an additional 382 hectares of land adjacent to the mines for diamond processing and polishing activities. The land has a total of 2,15,875 trees belonging to endemic species and abundance of wildlife that includes deer, sambhar, and leopards. Interestingly, in an old report by the MP government, it was said that there was wildlife in this region in abundance, but after the sanctioning of the contract, a new report has come out that claims there is no wildlife there.

We have seen how construction and mining projects in the past have affected the environment in the past. The Ken-Betwa river Interlinking project threatens to drown 23 lakh trees in the Panna reserve. Almost 1.9 lakh trees were chopped for Bundelkhand’s Expressway Highway project. Amidst all this, experts have raised concerns over more approval of deforestation for the Buxwaha diamond processing and polishing. Large scale deforestation in an already drought-prone area can lead to salination of soil and land degradation and would also have a major impact on agriculture and groundwater in the Bundelkhand region. The project is only 20 kilometres away from the buffer zone of the Panna reserve and if executed, will damage the wildlife corridor between Nauradehi wildlife sanctuary and the reserve. The Buxwaha forest is home to a diverse rang of wild life including Indian foxes, sloth bears, jungle cats, striped hyenas, jackals and tigers who occasionally visit. It also has a rich reserve of trees such as arjuna, teak, banyan, jamun, tendu, etc.

In 2014, when the mining giant Rio Tinto attempted to undertake a large-scale mining project, it met with stiff opposition from the locals, citing loss of livelihoods in addition to environmental concerns. The Rio Tinto chairperson at the time said, “Our exit from Bunder is the latest example of Rio Tinto streamlining its asset portfolio. It simplifies our business, allowing us to focus on our world-class assets. We believe in the value and quality of the Bunder project and support its future development, and the best way to achieve that is to hand over the assets to the Government of Madhya Pradesh.”

Another critical concern is how the project will affect the water availability. The Buxwaha mining project will require around 16,050 m3/day (or 5.9 million cubic metres a year). For this, the company proposes to divert seasonal streams towards a reservoir. This is detrimental to the already almost nonexistent water table yield of 20-50 m3 of water per day. The Central Groundwater Authority has classified Buxwaha a semi-critical area in terms of water availability. The company has proposed to do the same amount of afforestation, but the catch is the company will plant only one type of tree which is fundamentally man-made and goes against the already existing natural variety in flora in the area.

Apart from all this, the forest is a primary source of livelihood for the locals, who depend on it for tendu leaves which are used in the making of beedis. The deforestation will lead to many people dependent on beedi making losing their means of livelihood. Mining will also affect the quality of water and air, thus obviously impacting the quality of life of the locals. According to Abhishek Jain, one of the young locals who spoke to TheWire, the Essel group has promised to employ 400 people if the project is cleared, but this employment will only be for skilled workers so locals will not be employed. According to The Quint, around 7,000 villagers of the 17 tribal villages in the territory depend solely on forest products, like Mahua, Tendu leaves, Chironji, Aamla, etc, for their livelihood. The proposed mine would snatch away their income sources. For example, a family depending on Mahua earns about Rs 40,000 to Rs 1,00,000 in a season and they stand to lose that.

Protests and Resistance Activity Against The Project

Protests against the Buxwaha mining project have been gaining momentum and due to the current COVID-19 situation, a lot of the resistance is online too. A social media campaign on quite big terms has been rolled out with the hashtags: #save_buxwaha_forest and #india_stand_with_buxwaha. Many scientists and activists have joined the protests. Marking the world environment day on June 5, a group started an initiative of the symbolic Chipko movement and called out people from different communities to join the campaign spreading awareness.

A public interest litigation (PIL) has also been submitted to the Supreme Court in order to put a stay on the diamond mining project by EMIL. 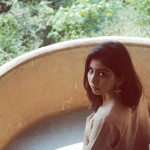 Book Review: What’s A Lemon Squeezer Doing in My Vagina?