SocietyEnvironment Ghazipur Landfill: A Mountain Of Waste Almost The Height Of The Qutub Minar

The Ghazipur landfill had already crossed it’s capacity in 2002 and yet, around 3000 metric tonnes of garbage is dumped here every day
By Mumtaz Rehman Jul 12, 2021 7 min read

In 2017, when I was travelling from Gurgaon to give my entrance examination near Hasanpur, I noticed a huge mountain on my way. However, little did I know, what looked like a mountain was actually the Ghazipur landfill spread across an area of 70 acres, allocated for waste dumping since the year 1984. The stench from the heap was so strong and pungent that even with closed windows, it came crashing into the car.

The Ghazipur landfill had already crossed it’s capacity of holding waste in the year 2002. Despite, the East Delhi Municipal Corporation has not taken any concrete measures to remedy this and the dumping of waste to the site continues.

The Corporation has mentioned that it does not have a substitute site to dump the waste collected from around 4.5 million people living in East Delhi. Around 700 trucks dump 3000 metric tonnes of garbage everyday at this landfill. Made up of combustible substances, garbage and sewage dump, it has made the life of the people residing nearby miserable.

Combustion, contamination, diseases: The distress of nearby residents

The height of the Ghazipur landfill rises by 10 meters every year and currently the height is 65 meters, just 8 meters short of the height of the Qutub Minar. According to a ground report by The Quint, the residents near the landfill suffer due to the frequent fires that break out at the site during the night.

The smoke and harmful gases such as methane generated from the dump also cause them difficulty in breathing. Be it children, young people or the older people, all of them have to suffer equally and pay a huge price for having a house near the landfill.

During rainfalls, the residents fear the trash sliding their way. Bilal Ansari, a resident living by the landfill says, “We are always terrified that chunks from the landfill will come gushing down as it often happens on a regular basis too”.

Another way in which the landfill has affected the lives of people is by contaminating the groundwater. Due to the lack of resources and better infrastructure, a lot of people are dependent on groundwater, but the contamination of toxic chemical compounds from the garbage dump causes the formation of leachate, a substance that further combines with groundwater due to the absence of barriers. This makes the water unfit for consumption and causes serious illnesses like Cholera, Polio, Typhoid and the like.

According to health experts, the emission of harmful gases like nitrous oxide and carbon dioxide from the landfill causes problems such as irritation in the eyes, headache and nausea along with severe breathing problems such as asthma. The political conflict between the Aam Aadmi Party (AAP) and the Bharatiya Janata Party (BJP), and their negligence have contributed to making the lives of innocent people miserable.

The Ghazipur landfill was a major source of income for the waste pickers living in the nearby areas. It is astonishing how they are the ones who clean the mess of all other people, and yet, are considered dirty. When it was announced that the landfill was going to be closed, it left all the waste pickers without any source of income. Entering into the dangerous, polluted waste slopes and finding something of value was their only source of livelihood.

In 2019, the landfill was closed to sanitation workers and waste pickers, but by then, they had already suffered a lot. They were not paid on time since the information about waste generation is managed by the informal sector and there is no concrete data available on how many workers are officially registered to work. The Municipalities were required to adhere to a cost of labour and machinery but it was estimated that the amount required to dispose the waste at the landfill was too much and not sustainable.

The Solid Waste Management Rules, 2016 states that waste pickers or rag pickers will be given recognition from the informal sector to the formal sector by the state government. However, waste pickers in the country are not given due recognition by the laws. It is illegal for them to collect, sell or segregate garbage dumps under the Indian Penal Code 1860. They are constantly harassed by the police and are exposed to inhuman conditions and vulnerable diseases.

After the privatisation of waste collection by the Municipal Corporation of Delhi, waste pickers have suffered massively. Most of them have lost their jobs. Earlier, they were allowed to collect waste from the same land but after privatisation, they have been banned.

It has also been established that the local authorities have not adhered to the Solid Waste Management Rules, 2016. The Rules clearly mention that throwing, burning or storing waste in public areas and streets is prohibited. Waste is mandated to be segregated into 3 parts: biodegradable waste, dry waste and domestic hazardous waste.

According to the Rules, the owners of the brands that use packaging materials are equally responsible for making sure that the packaging waste is collected by them and disposed off properly. Similarly is the case with products such as sanitary napkins where the brand itself is responsible to provide a wrapper with the product for disposal.

Also read: How To Help Sanitation Workers During COVID-19?

The Ministries of Agriculture, and Chemical and Fertilisers hold equal responsibility to ensure composting of waste materials, promotion of compositing on farms, and the conducting of lab research to test the quality of compost given to them by local authorities. In order to make sure that all the rules and regulations are followed, a committee was set up known as the Central Monitoring Committee, but no concrete action has been taken.

In December 2020, when the Delhi Assembly’s Environment meeting was held, the discussion included the Ghazipur landfill. While AAP M.L.A Atishi brought up the matter in the meeting, East Delhi M.P Gautam Gambhir said that by the year 2024, the garbage at the landfill will be processed. He also stated that about 3000 metric tons of garbage is processed everyday.

Almitra Patel is an Indian environmental policy advocate who has conducted an extensive study on the Ghazipur landfill. In 1996, she filed a Public Interest Litigation (PIL) against open dumping of solid waste and also played an important role in drafting the Solid Waste Management Rules.

It is considered a landmark event because earlier, no measures were taken against the dumping and segregation of waste. During her research, she found that almost 80 Indian cities do not have a proper arrangement to dump their waste and the outskirts of cities were the only options available.

Also read: The Challenge Of Waste In India: From Environment To Caste

In 2017, yet again, she presented her arguments after two people died when a huge chunk of garbage fell down from the Ghazipur landfill. She stated that no rules and regulations have ever been followed by the authorities. The dumped waste needs to go through a process of segregation and compression everyday.

The waste that gets converted into useful substances is to be utilised in the construction of roads by the National Highways Authority of India, but nobody took the responsibility of the execution of this process.

According to Almitra Patel, the solution for tackling the problem of the Ghazipur landfill is bioremediation and bio-mining. The objective is to basically unmix the substances that can be useful, for example, separating the organics that can be used for farming and taking out other materials such as clothing materials that can go to cement based plants and so on.

This will help in the reduction of the landfill and within a year, 1/4th of the waste can be eliminated from the landfill. She also says that if all the guidelines mentioned by the Central Pollution Control Board are followed religiously, we can easily tackle the problem.

Ghazipur landfill is hazardous for the environment. Along with this landfill there are other two major landfills: Okhla and Bhalswa that have crossed their limit of waste capacity, and yet, the authorities have not taken serious measures to tackle the problem.

The political blame game on the other hand has never benefited the innocent civilians residing in the areas near these landfills. A place people would never have imagined to take the shape of a hill one day and make their lives miserable.

Delhi’s fight with pollution has been a long battle. As privileged, dominant caste people, we often think that waste management and waste picking is the work of the people from marginalised communities. We don’t even segregate our own waste properly.
As individuals, we must follow the guidelines by keeping dry waste and wet waste separately, and do what we have to do to contribute lesser to this menace, while we also actively call out the authorities to pressurise them into action. 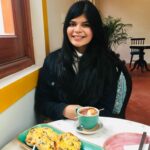 Netflix’s Anne With An E: Loving Across Differences