IntersectionalityGender Be Melodramatic: A Korean Drama About Women With Pursuits Other Than Men

Be Melodramatic: A Korean Drama About Women With Pursuits Other Than Men

If there is a Korean drama depicting female friendships accurately, it would be Be melodramatic. It is a 2019 South Korean television series with a slice of life, quirky narrative that follows three friends in their 30s as they navigate their personal lives and careers in the media industry.

Lim Jin Joo (played by Chun Woo-hee) is an outspoken, aspiring screenwriter, trying to score her first solo project as she struggles as an assistant writer. Lee Eun Jung (played by Jeon Yeo Been) is a documentary filmmaker whose debut work gains immense success, putting at her disposal, more money than she knows what to do with. Her demeanor appears cool and aloof. Following the tragic death of her boyfriend, Eun Jung struggles to navigate the trauma, as her friends and brother move into her apartment to help her through this.

Hwang Han Joo( played by Han Ji Eun) is outwardly shy and mild tempered. She works with the marketing team of a production company. She is a single mother and media professional who struggles with a hectic job that requires her to be on her toes visiting film locations to convince directors for product placements.

Casting three female leads is rare for mainstream Korean dramas. While a few recent productions like WWW do this, most of them stick to tried and tested Kdrama storylines. They are male driven in gaze and conceptualisation, even when written from a female perspective.

In Be Melodramatic, each character is carefully crafted, making them real to us. They are not used as tools to convey a particular message or idea. Instead, the story flows naturally owing to each of their well developed character arcs. The problems they face thus, seem natural.

Han Joo and the father of her child got pregnant early in their relationship while they were both in college. Following the birth, he leaves the relationship, claiming to be unhappy with the life they were living. While he goes on to become a successful actor, Han Joo is left raise the child alone and and she tries to land a job to make ends meet.

Jin Joo’s hustle, as she tries to make it as a screen writer is honest and relatable. Eun Jung’s battle with mental health and trauma too is carefully and sensitively portrayed. Be Melodramatic deals with intense themes while maintaining lightness in the narrative style. It does so without being dismissive or belittling of the conflicts of the characters.

In a particularly striking scene, Han Joo tries to convince a director to honour his product placement agreement, but he refuses and instructs her to ‘smile more’ and ask ‘cutely’. While initially dejected, in the scene that follows, Han Joo proceeds to ask the director once again in a comically ‘cute’, over the top and obnoxious fashion, disrupting the filming process and forcing the director to agree to her demands.

Women who support each other and have pursuits other than men

Female characters in the show have depth, are supportive of one another, and have struggles and concerns other than the men they hope to impress. As Han Joo tries to raise a child on her own, it is through the support and help of her friends that she is able to stay afloat. Though she is initially reluctant to come to terms with it, as Eun Jung acknowledges her trauma, she leans heavily on her friends before seeking professional help.

While Be Melodramatic does follow the romantic journey of each character, it is not centered on a male love interest, as is often the case with mainstream Korean dramas. All the female characters depicted in the show, including supporting characters, are deeply invested in their careers and individuality. Their personal and professional development act as motivating factors for their actions many times in the course of the story. Further, the show also presents a critique of the romantic tropes that K dramas employ, from a female perspective.

Be Melodramatic breaks free from Korean drama stereotypes, while remaining emotional and funny. It allows the viewer a fresh alternative to the taken-for-granted, sexist undertones of popular K dramas. It actively questions gender norms through the nuanced romantic arcs in the narrative, while simultaneously also depicting heart warming, albeit cheesy moments typical of Korean romantic comedies. 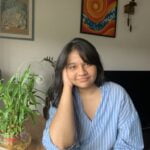 Yana is currently a third-year sociology student at Lady Shri Ram College. She is trying to understand the world around her. Though she is easily amused and often distracted, she hopes these traits will come in handy at some point.