Ima Momon, a renowned meira paibi activist, was amongst the 12 brave women who protested by disrobing themselves in front of Assam Rifles Headquarters in 2004, demanding the repeal of the draconian AFSPA.
By Pragati Parihar Aug 2, 2021 5 min read

“They had their weapons, we only had our body, together we gave a war of cry,” said Soibam Ongbi Momon Leima during the infamous naked protest in front of Kangla Fort, the capital of the erstwhile Manipur Kingdom and the then Assam Rifles Headquarters in 2004. Soibam Momon Leima, who was popularly known as Ima Momon passed away on July 16, 2021, in a hospital in Imphal, Manipur due to Covid-19. Ima worked relentlessly to fight against the injustices in the state of Manipur.

Born in the year 1951 in Imphal, Ima Momon studied at Wangkhei Girls’ High School till XII standard. She actively participated in sports and dance activities at school and simultaneously at home, she skilled the art of weaving and spinning.

She got married to a school teacher, Soibam Samungou Meitei at the age of 13 and had six children. She then joined the local Meira Paibi group in the early 1970s.

Ima Momon, a renowned meira paibi activist, was amongst the 12 brave women who protested by disrobing themselves in front of Assam Rifles Headquarters in 2004, demanding the repeal of the draconian Armed Forces Special Power Act (AFSPA).

Introduced in the year 1980, the AFSPA Acts states that no member of the Armed Forced may be prosecuted without sanction from the Union Home Ministry or Union Defence Ministry. AFSPA Act gives power to the army to shoot, arrest and search without a warrant in the name of “aiding civil power”.

The 12 middle-aged women who are widely regarded as ‘mothers of Manipur’ were protesting against the custodial rape and murder of a 32-year-old woman named Manorama Thangjam. Manorama was arrested by the Assam rifles under the suspicion of being a militant of a banned outfit, four days before her bullet-riddled dead body was found in a paddy field. There were wounds of gunshots in her thighs and private parts.

“It made me very angry. It was not just Manorama who was raped, we all felt raped,” said Soibam Momon Leima in an interview with BBC News. Soibam Leima was the only woman amongst the 12 who personally knew Manorama as the hard-working young bread earner of the family. Manorama used to buy hand loom material from the weavers and then sell it in the market.

The brave mothers of Manipur decided to take an unusual root to protest against this tragic incident. Angered by the terrible death of Manorama, the 12 imas (translated as mothers in Meiti) held banners and shouted ‘Indian Army Rape Us’, ‘Take our Flesh’.

The women used their bodies to showcase the human rights violation, and sexual violence done by some members of the army in the name of the AFSPA Act. In the words of Ima Momon, “We protested naked to show the anger of mothers of Manipur.”

A lot of incidents of kidnap, rape, and torture were recorded since the 1970’s with the increase in the insurgent and counter-insurgent activities in the state. But, the courageous protest by the women stunned the world and brought to the fore the situation of state violations in Manipur.

As a result of the protest, Assam Rifles vacated the Kangla fort and AFSPA was lifted from seven assembly areas of Imphal. However, the alleged killers of Manorama are not yet punished.

During the 2004 protest at Kangla Fort, another protest was planned by Manipuri human rights campaigner Irom Sharmila. Irom Sharmila was on the world’s longest hunger strike for 16 years, demanding the repeal of AFSPA legislation in Manipur.

Her fast started in 2000 when 10 civilians were reportedly killed by the 8th Assam Rifles at Malom Makha Leikai, near Imphal’s Tulihal airport. The incident is known as the ‘Malom Massacre’. In order to support the hunger strike of Irom Sharmila, an organisation named Sharmila Apunba Lup was set up and Ima Momon was the co-convenor of the organisation.

Having been created a space for women to raise their issues and ensuring their voices are heard, she was the epitome of women activism in not only Manipur but entire India.

Even before the revolutionary naked protest in 2004, Ima Momon was a proud member of Manipur Meira Paibis. Meira Paibis which literally translates to women torchbearers is a voluntary organization in Manipur.

She led the campaign against the illicit substances in Manipur as a proud Meira Paibi. In the early 1970s, Manipur witnessed a rise in alcohol abuse which had a major effect on the lives of Manipuris. There were around 65 foreign liquor shops and two bonded warehouses for a small population of 20 lakh people. This led to the start of an anti-liquor movement or popularly known as Nisha Bandh movement on 30 December 1975.

This movement spread to both rural and urban parts of Imphal and various Nisha bandh groups were formed in different regions to prohibit the use of alcohol. These groups created an organisation known as All Manipur Women Social Reformation and Development Samaj which later paved the way for the creation of Manipuri Meira Paibis.

In order to oppose alcohol abuse, Meira Paibis would publicly shame and parade the alcoholics and substance abusers. The perpetrators were adorned with sandals and shoes and were made to confess their crimes. The activities of groups like Meira Paibis had a strong impact on the political process of the state of Manipur.

Ima Momon had been an active part of many important protests after 2000. Some of the notable protests include the death of N Sanjeeta of Jiribam, Chanu Rose of Ukhrul, Ahanjaobi of Takyel, Pramo of Keirenphabi and Manorama of Bamon Kampu, amongst others. She was also an integral part of Sharmila Kanba Apunba Lup (SHAKAL).

Ima Momon has played an indispensable role in the socio-political transformation and upliftment of the Manipuri society. She had dedicated her life to defending human rights and fighting against the injustices in the conflict riddled state of Manipur. It’s important to remember her contributions and carry her legacy to future generations. 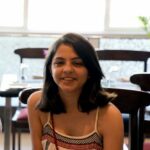 Modern Love And Relationship: Mood Of The Month, December 2020