While activists, scholars and journalists are struggling for a secular court hearing, a Haryana Court, on August 2, granted bail to Ram Bhakt Gopal, who had shot at an anti-CAA and NRC protester at Jamia Millia Islamia on January 30, 2020. While he was booked as a minor and then granted bail shortly after, he was arrested for delivering communal speeches against the Muslim community during a mahapanchayat in Pataudi. This is barely days before extremely radical, anti-Muslim hate slogans were raised at Jantar Mantar at a march called by former BJP Delhi spokesperson Ashwini Upadhyay on August 8.

According to The Indian Express, the organisers of the march were demanding an end to “colonial-era Laws” and wanted a uniform civil code in the country. The event was reportedly held without permission. Reports also state that the Delhi Police has filed an FIR against unknown persons following what happened on Sunday (August 9). Among the many videos doing the rounds of the Internet, one shows a young reporter at National Dastak being hounded by a group of protesters who were forcing him to chant ‘Jai Shri Ram’.

Gopal’s picture of wielding a gun at a crowd of students while the Delhi Police stood watching, taken by the late Pulitzer awardee Danish Siddiqui, became one of the most popular pictures of the communal violence that was meted out of against Muslims in the wake of the anti-CAA and NRC protests in 2019-2020. His vitriolic speeches and murder calls on social media led to the wide-spread mobilisation of hundreds of men into various ‘Hindu Mahapanchayats’. Slogans like ‘Jai Shri Ram’ and ‘Mullo ka na qazi ka, ye desh hai veer Shivaji ka’ (This country belongs to brave Shivaji, not to Muslims or qazis) were chanted with fervour.

Previously, Kapil Gujjar, the man who had opened fire at CAA-NRC protesters at Shaheen Bagh, was also let off on bail. On July 3, 2021, both Gujjar and Gopal appeared on a Facebook Live where they focused on ‘love jihad’ and stated: “For the honour of our daughters and sisters we have to answer in the language our enemy understands. This action needs a proper reaction. We have to smash the heads of the love jihadi snakes.”

Meanwhile, the other side of judicial scale is faced with the grim reality of custodial, state-sponsored murders of activists and gross violation of the human rights of activists, journalists and scholars like Sudha Bharadwaj, Gautam Navlakha, Arun Ferreira, Vernon Gonsalves, P Varavara Rao, Anand Teltumbde, Umar Khalid, Sharjeel Imam, G.N Saibaba and Shoma Sen who are charged under the draconian Unlawful Activities (Prevention) Act, 1967. The list goes on.

The recent demise of tribal rights activist Father Stan Swamy, who despite his age and ailing health, was repeatedly denied bail, stands as the burning evidence of failure of the judiciary and the state. The 84-year-old was suffering from advanced Parkinson’s and yet was denied rudimentary human dignity and facilities including a simple water sipper as he could no longer hold a cup in his trembling hands. This incident was observed and condemned internationally by the United Nations Higher Commission of Human Rights. It still raises several concerns about the institutional brutality against activists and possible reasons behind such brazen violation of constitutional rights under Article 21 which ensures the right to dignity.

However, judicial violence against human rights activists is not new.

Last year, a Delhi court denied bail to a 27-years-old student rights activist Safoora Zargar, who was then 21 weeks pregnant on the grounds of instigation of violence amongst CAA-NRC protestors. This resulted in national unrest, prompting the United Nations to slam the arrest, citing violation of the Universal Declaration of Human Rights and the International Covenant on Civil and Political Rights, to which India is a party.

Prominent trade unionist and lawyer, Sudha Bharadwaj has been recently diagnosed with heart conditions; yet her bail petition, listed a dozen times in the Bombay HC has not been heard. Scholars like 70-year-old Anand Teltumbde and 68-year-old Gautam Navlakha continue to face the Central Government’s blatant blindness.

Likewise, early this year, Adivasi rights activist Kanchan Nanaware who was also booked under UAPA, succumbed to medical ailments, after awaiting trial for 6 years in Yerwada Central prison in Pune while those like Gujjar and Gopal continue to spread communal speeches and exploit constitutional right to freedom.

With over 118.5% rise in prisoners in 2019, soaring cases of COVID-19 across the country and limited vaccination facilities in jails, the question we need to ask is: Is justice in the India of today selectively delayed for incarcerated political activists so that it is eventually denied? So that communalists can continue to rip off the fabric of democracy with greater ease?

While BJP affiliates take part in hatemongering against Muslims under the garb of a “Bharat jodo [Unite India] movement” and extremists like Ram Bhakt Gopal get awarded ‘Sanatan Dharma Rakshak Samman 2021’ in a right-wing event, journalists and activists continue to be imprisoned under the UAPA and have their rights extricated to the extent that they can’t even drink water.

The jarring dichotomy between exonerating communalists and the rampant custodial deaths of political activists, one can not help but ask: Do different people experience freedom differently in Modi’s India? 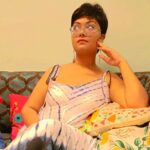 Abira Das is a feminist activist, journalist and writer from Kolkata. She is the co-founder of Badass Girl Up ,an initiative by Girl Up Campaign founded by United Nations Foundation. Abira has previously worked for The Telegraph In Schools and won awards for Best Interviews and Best Cover Stories. She has interviewed numerous politicians and authors ranging from Shashi Tharoor to Markus Zusak. Abira is currently studying in grade 12 and passionately writes about social issues such as mental health, feminism and politics. You can reach out to her via abiradas26@gmail.com and Facebook

The Case Of Enforced Disappearances And Half Widows In Kashmir