IntersectionalityGender Why Are Rising Petrol Prices A Feminist Concern?

Petrol is now retailing above INR 100 in at least 25-30 cities in India. Diesel has also climbed to levels never seen before in India. These rising fuel prices are undoubtedly concerning for consumers, businesses and the overall economy.

However, this article discusses the impact that rising fuel prices can have on women in particular. Just as men and women experience things differently in the larger world, they also experience things differently in an economy. Due to gender inequalities in society, women are always more vulnerable to economic effects: be it a recession, a pandemic, or even a rise in fuel price. Trans people, Dalit, Bahujan and Adivasi women and marginalised sections of society face even higher risks. This necessitates analysing the impact of every economic occurrence separately for women.

Also read: Fast Fashion Is A Feminist Concern. Here’s What You Can Do

As per the 2011 Census, among those who travel to work, more women rely on public transport than men. 84 percent of women commute by walking, cycling, or public transport. Public transport is thus important for women’s mobility and for reducing their dependence on male family members.

A rise in fuel prices leads to a hike in the fare of all passenger vehicles that run on petrol and diesel, like buses and taxis as the operational costs rise. This makes commuting expensive.

Women tend to combine multiple destinations in one trip because of a double burden of economic activities and household chores, this is called ‘trip chaining’. Generally, fares for multiple short trips cost more than a single long trip, and although women take on a single long trip with multiple destinations to reduce expenses, this also leaves them physically and mentally exhausted. Although a different tangent, this is also because, in general, the public is usually never a space for a woman to partake in leisure but to always remain vigilant. Women take lesser breaks than men, because roads are not meant for women, and usually return to their destination as soon as their work is done. This leaves them with little room for refreshing themselves.

Within a family, women are also poorer than men due to gender pay gaps, lack of decent work, unpaid care work, etc. So when fares of public transport are hiked, women would be forced to reduce the number of trips. The trips that women would be forced to reduce would mostly be trips that would include prioritising themselves: these could be trips to access educational opportunities, jobs, and healthcare. These can also be leisure trips like picking up groceries, going shopping, eating out, etc. Women would thus be pushed back into the confines of homes, public spaces would become inaccessible to them and important gains made by women in mobility would be reversed.

A restraint on women’s mobility is a restraint on their Azadi (freedom), independence and empowerment. Women in India are already not as mobile as men. Mobility plays a central role in connecting women to economic independence which shall take us close to the goal of women’s emancipation. A rise in fuel prices threatens the mobility of women and eventually women’s empowerment.

The high rate of fuel prices can lead to a contraction in demand for vehicles. This will have a major impact on the automotive industry but also the lakhs of MSMEs that supply goods to this sector. The automotive sector is a large source of employment in the country. The auto industry is already stressed. Passenger vehicles and two-wheeler sales have declined by 6.75 million units from FY 2019.

Lower demand will lead to widespread job losses in the auto and ancillary sectors. It is well known globally and in India that the job-loss rate is higher for women than men. Unemployment rate for women reportedly increased by as much as 17 percent after the pandemic hit. More job losses in the country would further tug women out of the country’s workforce. The labor force participation of females in India is already on a sharp downward trend in India since the year 2005.

A Rise in Food Prices

Rise in the oil price leads to an increase in food prices too, as companies engaged in the logistics and transportation of goods tend to increase their service rates. Most products and goods that we use on a daily basis are transported from different parts of the country. So everything tends to get costlier when fuel prices rise. Data released by the National Statistical Office shows that food inflation quickened to 5.15% in the month of June.

A rise in food prices has serious implications for women. As per the International Food Policy Research Institute, the poorest households dedicate the largest share of their budget to food. Thus, when food prices rise they do not have the ability to cut nonfood expenditures to compensate for the increased cost of food. Higher food prices increase the burden for women, who are compelled to stretch the limited food budget even further. Women often end up being the shock absorbers of household food security. They tend to go hungry to leave more food for others.

Also read: Why Are Toilets A Feminist Concern?

This is deeply concerning in a country where 22.9 percent of women in the 15-29 age group are underweight. There are about 189.2 million undernourished people in India; a majority of them are women and children. A rise in fuel prices can thus adversely affect women’s nutrition and health

Rising fuel prices will directly impact the consumption levels among citizens and this can delay India’s post-COVID economic recovery. A delay in India’s COVID recovery would mean more economic insecurities for women. Professor Bina Agarwal from The University of Manchester’s Global Development Institute found that women’s post-lockdown recovery has been much lower than men’s. High oil prices can dent India’s Covid-hit economy further and this will take a greater economic toll on women. 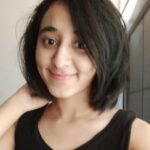 Shreya is a writer. Issues of how gender affects the economy deeply concern her. She likes to understand the economy, policy, theory, and the world around her with the perspective of gender. When she is not busy contemplating ideas to dismantle gender disparity she can be found cycling or studying finance.