CultureCinema Eeb Allay Ooo! | Film Review: A Political Satire On The Isolation Of The Marginalised

Eeb Allay Ooo! is a surreal political satire that critiques the institutional apathy and isolation faced by the marginalised in big cities
By Rohini Ghosh Sep 17, 2021 5 min read

Set against the backdrop of the capital city of India, Eeb Allay Ooo! is the story of a young migrant who takes up the job of keeping monkeys away from public buildings. The film is a satirical take on our socio-political status quo featuring monkeys, quite literally, and men chasing monkeys.

Directed by debutant Prateek Vats, the film cleverly mocks those who run the system and how that system has failed the marginalised in the country.

Eeb Allay Ooo! revolves around real-life monkeys who go about creating daily ruckus in and around the government buildings in Delhi. The film introduces us to its theme from the very first scenes. It opens with a man staring directly into the camera and making funny noises. It may sound like gibberish to the human ears but in actuality, it’s a mimicry of monkey repelling sounds which are also words that make up the title of the film. These are sounds originally used by professional monkey repellers.

Anjani Prasad (played by Shardul Bharadwaj) is the lead in Eeb Allay Ooo! He is a migrant from Bihar who lives in Delhi with his sister and brother-in-law. Searching for employment opportunities, he takes up the job of a monkey repeller. The job seemed as absurd and strange to him as it does to us but his sister insisted because it was a ‘Sarkari Naukri‘ afterall. She is proud of her brother, particularly because of the tag of the government job.

On the first day of the job, he is made to watch an English documentary about monkeys. The subtitles on the screen read as, “Because they are treated as Gods, they are given food, they are corrupted, they are…made to think that they don’t need to forage anymore, so they become bold. They start entering, they start demanding. Then the Gods become pests.” The underlying metaphor of the scene speaks about the Indian democracy, where humans are reduced to animals whereas, animals are treated as Gods. The rest of the film is a play on this surreal metaphor.

Anjani as a character is too timid. He struggles to learn the monkey repelling sounds from others and hence feels stressed in his job. He is ashamed of his job and feels humiliated by the sound of “Eeb Allay Ooo!”. His predicament do not end here. He feels belittled not only by the menacing monkeys but also by his colleagues who once lock him up in a cage.

He faces humiliation and the wrath of his boss for not being able to do the job properly. He comes up with unique ways to repel monkeys like putting up printed photographs of langurs to scare away the smaller ones and at one point, disguising himself in a langur costume with a face in black paint, he takes the act on himself to do his job. Maybe this is his way of seeking escapism from this menial, isolating work.

Also read: Court Review: A Commentary On The Apathy Of The Indian Legal System

Like many, Anjani migrates to Delhi in search of a better life. But the tag of the ‘Sarkari Naukri’ never appeals to him. He wants to live a life with dignity. Instead, the society locks him up in a cage, quite similar to how his colleagues did once. This symbolic representation is significant to the film. The confinement of the cage creates a stifling situation for Anjani.

Throughout the film, Anjani goes through extreme emotional turmoil. From dealing with the menacing monkeys, to losing his job and to finally losing his one and only dear friend, Mahender (played by Mahender Nath) to mob lynching for accidentally killing a monkey, his life is full of strife and alienation.

Such is the fate of this skilled worker who is ready to make effort and just wants to live a respectful life. But this does not matter to the ‘Sarkari babus’ who sit in the government big offices undisturbed, and for whom, these men are mere tools hired to chase away monkeys. There is a sense of cruel indifference towards their lives, and these men are seen only as machines, who are dispensable in this apathetic economy.

The cinematography of the film is worth celebrating too. Wide-angle shots of big monumental structures, showcase the vastness of the city. In this vastness lies the dreams and hopes of millions of Anjani’s, some hidden and some forgotten. The motif of transition is constant throughout the film.

Shots and scenes of passenger trains moving on railway tracks and Ajani’s long metro rides to the city give a symbolic understanding of this. His constant movement from his hometown to the big city and through the big city in search of a job makes him homeless in a sense. He is always trying to escape to a better place and, this creates a constant state of dilemma, desperation and despair.

Eeb Allay Ooo! is a critique of the state of affairs in our country. It is a poignant reminder of the constant misery and institutional apathy faced by the marginalised.

Also read: A Dalit Woman’s Body In The Indian Courtroom 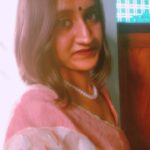 In The Invisibilisation Of Domestic Abuse, Is Home Really A Safe Haven?