IntersectionalityGender Zindagi Gulzar Hai: A Show With Strong Women, But A Problematic Narrative

Zindagi Gulzar Hai: A Show With Strong Women, But A Problematic Narrative

Zindagi Gulzar Hai is a television show which asserts the importance of women's education but fails to question status quo
By Taanya Bajaj Dec 15, 2021 6 min read

Zindagi Gulzar Hai is a Pakistani television serial based on the novel of the same name. It was first telecast in 2012, and gained popularity amongst women, and is applauded since for its representation and apparent assertion of feminism. But is it really empowering women or does it also ultimately fit women into the society’s cast of preconceived notions?

The show brings to life the ‘enemies-turned-lovers trope‘ through its lead characters Kashaf and Zaroon. They are as opposite as two people can be in terms of their class, values and ideologies. Amidst all the follies of the show, one thing that it definitely asserts is the importance of educating girls and questioning the belief that sons are superior to daughters. With the sharp contrast drawn between the character Rafiya’s daughters and Hamaad, Murtaza eventually regrets his second marriage, as his daughters accomplish everything that his son is not even capable of.

In a society where saving jewelry for the daughter’s marriage is more important than her education, Kashaf insists to sell all her jewelry for it can be bought later but education has no replacement. A strong-willed, hardworking and ambitious girl, Kashaf, embodies a kind of fierce self-reliance that has very little space in a conservative, patriarchal society. To survive, she is pressurised to succumb to certain gendered societal expectations. She did not want to get married, but is convinced by her near and dear ones that she must build ‘a family of her own‘. She is also scared of stepping into motherhood, but she becomes a mother eventually.

But during the course of the narrative, this self-made woman is paired with an entitled, overgrown man-child. Coming from a life of comfort and luxury, Zaroon’s social circle comprises of the “modern women,” who he despises for being opinionated, passionate and ambitious. He views feminism as a medium used by women to inferiorise men and looks at women’s emancipation as a competition of egos between the two genders.

His ideal woman is the one who practices her ambitions and modernity within the bounds of tradition, thus, reinforcing his double standards. As a man it is okay for him to come home late or drop a girl at night but if the same is done by his sister, the show reminds us through Zaroon’s character how it is a ‘dishonour’ to the family.

Zindagi Gulzar Hai upholds patriarchal values which give a man the right to police the clothes, actions and preferences of the women related to him. Every marriage depicted in the show is a specimen thereof. Time and again it is reiterated how the husband “allowed” the  wife to build a career, her efforts notwithstanding, thus, putting himself in a position of power. Instead of using the word “support” Junaid says how he “allowed” Ghazala to be a career woman and how much he regrets it because in making her career her priority, Ghazala has neglected her household duties and she is the one to be blamed for the lack of certain values in their kids.

In contrast, a housewife multitasking everything with no help whatsoever from the husband is idolised. This makes one wonder how even in the 21st century, the society expects women to handle it all without any complaints and how a marriage of equal partnership is still a myth.

Also read: Here’s Why ‘Zindagi Gulzar Hai’ Is Not A Feminist Show

If this wasn’t enough, Zaroon straight up states how the man is the “head of the family” and has the final word. He, in fact, has an upper hand in his marriage as Kashaf is constantly taught by her mother to compromise in order to save her family and home and must bear the mistreatment just so she could have a long marriage and a father supporting her kids. Yes, nothing unusual about it, since most of us daughters have heard this at least once in our lifetime, married or not.

With the help of a wicked background score, Ghazala and Sara have been villainised in Zindagi Gulzar Hai for their progressive and liberal values. In addition, their respective failed marriages also highlight how a working woman cannot escape the virtues of domesticity and must also live up to the husband’s expectations no matter how unfair, oppressive and unrealistic they be. It is as if a woman practicing her own desires is sinister and bound to fail.

Many a times, the women in Zindagi Gulzar Hai seem to act as agents of reiterating the stereotypes associated with fellow women, further enabling patriarchal power structures. For example, the repeated use of the phrase “apne ghar ki hona” as if the parents’ house is not a woman’s because she is destined to move to her husband’s house one day, reinforces how even women in the family enable such discrimination through years of conditioning.

The conservative attitude that Zaroon’s character embodies has been more often than not censured for setting the wrong ideals. But the writer of Zindagi Gulzar Hai seems to believe that the men in this part of the world are indeed like this and she is just holding up a mirror to the society. While this is indeed a mirror to the gender roles and power structures in the society, the writer could have critiqued them, and appealed for change in the society through the narrative. But instead, she chose to just reflect the society’s misgivings.

Having said that, it is also a fact that Zindagi Gulzar Hai has been loved by many, especially women and was a huge hit. It does try to portray independent women, assert the need for their education and employment and attempt to showcase their subjugation in subtle ways. But is the title of the show really justified in the context of women characters? Is life really a bed of roses for them or do they start viewing it as such, left with no choice other than accepting their circumstances and hoping for the best?

Michel Foucault, a French intellectual and critic, expanded the idea of the panopticon into a symbol of social control that extends into everyday life for all citizens, not just those in the  prison system. The show seems to emphasise time and again how the society is the jailer and women, the prisoners, and how their actions are continuously principled by the values of the  society.

Zaroon calls Asmara “an invitation for harassment” and objects at Sara coming home late with his fiancé. Kashaf’s mother says it is not okay that a boy dropped her off so late at night, as if  there are a set of rules that only women must adhere to, and if they fail to do so, they are bound to face consequences like Sara’s failed marriage, Ghazala’s family feeling abandoned by her, Kashaf ultimately  succumbing to all the societal notions. Rafiya finds success, pride and happiness in the narrative through her daughters because her resistance is well within the bounds allowed by the society.

There’s only one character I personally could like and resonate with throughout – Osama, the only one who called out Zaroon for his insensitive behavior, didn’t excuse his flirting and respected Kashaf from the start. Had Kashaf ended up getting married to him, Zindagi Gulzar Hai would still have seemed better to me. 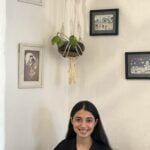 By Billy and Arash Chax Sedighi

The Butch/Femme Spectrum In Indian Cinema—Is It Problematic?

Dalit Trauma: Why It Is Important To Address Its Intergenerational Aspect