SocietyFamily The Institution Of Family: Assignment Of Gender Roles Begin At Home

The Institution Of Family: Assignment Of Gender Roles Begin At Home

Each member in a family setting has a very specific role to play as a part of the family. Most often, the role is defined by an individual’s gender and society’s idea of gender identity. Females are mostly limited to inhouse roles which are considered to be ‘feminine‘ and the males are expected to do roles involving moving away from the household setting, in line with what is called ‘masculinity’.

During a session where conversations were initiated on the status of daughters in the family, on being asked what they understood about their respective roles, one of the participants said, ‘All of us have a particular role, for example, my mother asks me to do tasks like cooking or setting the dinner table, or that when guests visit, the females are unconsciously expected (me and my mother in this case) to prepare and serve delicacies for them. This, according to me, is a commonly perceived role for females in the household’.

According to another participant, that family and/or close relatives exert pressure on girls to get married immediately after completing their education, and their expectation that a girl should essentially know how to cook, are examples of a female’s role in a family. She further added that to an extent, this has effectively come to define her role and others’ expectations from her. She stated, “In creating such stereotypical roles, my choices have been severely constrained. I think I should decide if I like studying or cooking“. The participant in a very succinct way ended up defining what we call the gender divide.

Digging into the notion that the gender roles allocated to us go on to define our behaviour, another participant recalled her experience by connecting how the role ‘assigned to her’ guide her behaviour as a female. She explained that to her, it felt like ‘the perceptions of others start to define our perception of ourselves’. There are no two qualms about this. All of us at some point in our lives have emulated other’s expectations of us and have ended up behaving contrary to how we would have otherwise.

The diverse ways in which the participants understood the concept of gender roles within the family and their role specifically as females in the family, was a connecting point for other participants too. While some felt that their role was defined by their genders, others found themselves justifying the expectation by observing that the gendered roles affect their behavior in turn.

It is important to understand that role allocation or expectation to fit into a role is a recurring idea in any group setting. Most often, roles are rigid and depend/vary with age and one’s family culture. Roles can also be understood as recurrent patterns of behavior by which an individual fulfills family expectations and needs. At different stages of life, we play different roles like that of a student, a wife, a mother and all of them have certain expectations attached to them.

Commonly accepted types of roles for women are of a caregiver and nurturer. For men, they are expected to provide resources and maintain and supervise the family. Defining a role in a fixed cast of gender identity limits an individual’s choice to act on their own will. It typifies their behavior by signaling that they will get validation in the family or society only by conforming to the roles defined by society.

It is important to understand why roles are imperative. The foremost thing is to introduce an element of accountability in our character. Without assigning particular roles to each member, the functioning of any group can at best be haphazard and at worst chaotic. However, what needs to be taken into consideration is that role allocation needs to conform with how an individual perceives themselves. Forceful allocation of roles according to society’s standards can very often lead to personal conflict and has the potential to severely affect one’s mental health.

Role anticipation essentially means that while fulfilling a certain role, particular kinds of behaviors and patterns have to be adopted which then go on to define that individual performing that specific role.

Another example would be the role of the decision-maker in a family. Most often allocated to the eldest male in the family, a decision-maker is given both the responsibility and authority to make decisions. It is supposed to ensure rational decision-making. However, when authority and power exceed responsibility, it goes on to limit the ability of other members to contribute to a decision that will eventually have a strong impact on their lives as well.

The following image was used as a pop culture reference to reflect the authoritarian nature of men and their superior attitude to female members as decision-makers in the household. One of the participants also felt that it is an example of how role anticipation can often lead to toxic masculinity and patriarchy.

Also read: Housework And The Normalisation Of The ‘Clueless Man’

As can be easily observed in most family structures, gender-based role allocation most often leads to a direction where we have no choice but to take on the role given to our gender. It might or might not be in line with our personal beliefs. It is an embodiment of society’s notion of gender and gender-based role in a family and has little to do with either the individual’s skills or desire.

One of the ways which the participants agreed would help all of us and more specifically women, to broaden the horizon of their role in the household and take it beyond gendered identity would be to talk to their parents and other members of the household about it. A regular conversation about parts of their role that they felt were not in alignment with their personal belief or choice or how they were not comfortable fulfilling certain aspects of that, would create a line of communication and understanding, they felt.

Does pop culture reinforce our biases?

To further understand the limiting ways in which women’s roles are perceived in society, the participants were shown a popular detergent powder advertisement. Almost all participants agreed that it was an apt depiction of a very commonly accepted concept of a role wherein females are expected to do all household chores. They also agreed that it was a frequently used trope in many Indian TV serials and ads.

A participant discussed another advertisement in which the wife is the boss and is seen commanding the husband who is her subordinate in the office but back home she has to cook to show her obedience and love for him. Narratives such as this reinforce the society’s idea of the woman’s role in the household. It leads us to believe that women can take up ‘male’ roles outside of the household but within the confines of the four walls, their identity is defined by being obedient to their husbands.

A point worth considering is that the idea of gender roles is harmful to men as well. A commonplace example would be of an unemployed man being criticised for not rising to his masculinity. Because society allocates a man the role of working outside of the household and providing financial support to the family, his engagement in any form in the household chores or taking up ‘feminine jobs’ like that of a teacher or a nurse is shown in poor light and looked down upon.

The limiting impact of gender roles on skills and jobs

We closed the session by touching upon a widely prevalent limiting factor in gender roles – he concept of gendered skills. Biological differences between males and females are used to justify why some roles and jobs are more suited to men and others to women.

Genderisation of roles in watertight compartments often leads to a case where we fail to recognise that certain basic life skills like cooking, cleaning, managing finances, etc are skills which both genders should know to handle. It forces us to ponder on the notion that gendered skills are most often limiting and toxic for women and men.

One participant’s wisdom encapsulated the essence of the argument. She said, “This is not related to skills but is reflecting gender identity as a role that we have established in the society. I don’t like dressing up much but since my school and college days, my friends have been trying to teach me how to do the basic ‘girly’ things because it is expected of a girl to do makeup & wear fancy clothes. So I think this is also a part of gender identity. Being a female you are expected to do these beauty care things“.

It makes one ponder on the thought that on the one hand, skincare and using makeup to ‘look beautiful’ is expected of women, especially after a certain age, and on the other, they are mocked for spending time and money on beauty and skincare. This is to say that women are expected to look beautiful and dress nicely and not reveal assumed flaws like body hair or wrinkles but are discouraged from using too much makeup and/or skincare.

Men on the other hand, are not expected to ‘look beautiful’ per se and therefore are not appreciated for using makeup or skincare which goes against the physiological fact that men also need grooming and care.

Also read: Remembering The Wages For Housework Movement During This Lockdown

This is the second article in a series based on a Social Action Project called ‘Consciousness Raising Sessions on ‘The Role of a Female in the Indian Household’. This was formulated by fellows with Participatory Research in Asia (PRIA)’s Youth-N-Democracy program. The Social Action Project aimed to connect with women in the age group of 19-26 years of age in order to introduce them to the idea of how unseemingly common everyday activities turn out to be deeply discriminatory.

Damini has a Masters in Arts in Public Administration and is currently working as a Research Associate with a consultancy firm. She has a keen interest in politics and public policy research and has been pursuing various engagements in the same including presenting research findings at international conferences. She has a knack for reading and writing and loves to engage in discussions that challenge the intellect. She may be found on Facebook, Instagram, LinkedIn, Twitter and Medium 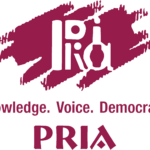 In Conversation With MINDs Foundation: Eliminating Stigma Around Mental Illness

Sexuality And Trauma: How Fear Is Transmitted Across Generations