IntersectionalityGender ‘Am I A Hypocrite?’: A Young Feminist’s Thoughts On Embracing The Feminist Tag In Our Society

'While I sneered at people who used feminism for convenience, I rejected identifying as one because I was afraid of the consequences'- writes the author.
By Shawrina Salam Jan 12, 2022 5 min read

Of all the qualities that are considered essential to survive in this world, the one I hate the most is hypocrisy. For me, it is the Thanos of all wicked behaviour. Even an ounce of hypocrisy in a person works just like his catastrophic “snap” that wipes out all of my interest in talking to the person ever again.

So you can imagine my surprise when I discovered that I, myself, was carrying Thanos’s Infinity Gauntlet all along, ready to snap out what I thought I knew about myself. “The blip” happened a few months earlier, when I subconsciously refused to identify as a feminist.

It was the last class of the semester and we were planning the end of semester class party. Our teacher was distributing work among students and at one point he said, “Okay, which girl is cooking the food?”. In an attempt to fight gender stereotypes, my immediate response was, “Why does it have to be a girl?”. “You sound like a feminist” was his reply, which seemed more like an accusation than a simple remark. In an instinctive response to deny the accusation flung at me, I shrugged and smiled plainly saying, “It’s nothing like that”.

If there’s one thing I know about myself, it’s that I’ve always been a feminist, even before I knew there was a label for my beliefs. But in those 30 seconds, I threw away a crucial part of my identity, a part of me that I have always been proud of, or at least thought I was proud of. Appalled at my own reply, I wondered if I was James McAvoy from the movie Split, hiding different personalities inside me because clearly, I could never deny being a feminist.

Frustrated and angry at myself, I considered becoming Aamir Khan from Ghajini and tattooing “I am a feminist” all over my body to make sure I never forget who I am. Then I thought of becoming Sherlock and going into a deeper investigation about my hesitation to identify as a feminist. Little did I know that the investigation would lead me to the conclusion that I am a hypocrite.

After hours of introspection and interrogation, I found out that while I sneered at the people who used feminism at their own convenience, I was doing just the same. I rejected identifying as a feminist because I was afraid of the consequences I might have to face and because it was inconvenient for me at the time. (Talk about a classic hypocrite! Phew!)

Now the question is – what was I really scared of? Further deduction revealed that the repercussions of being a feminist terrified me. The thought of my teacher pointing a finger at me and saying, “We have a men-hater amongst us”, frightened me. Being labelled as “the girl who makes a mountain out of a molehill” frightened me. The constant mockery I have seen other feminists face, frightened me. The prospect of my ideologies not being taken seriously, frightened me. Having the difficult conversation of “you are being sexist” with my teacher, frightened me.

Also read: Why Do Women Living Feminist Lives Have A Problem With The Feminist Tag?

Thank God! I figured out that I do not have several personalities living inside of me! My subconscious refusal was just the outcome of a built-in defense mechanism. It was me protecting myself against the wrongful projection of feminism in the eyes of the society. However, the discovery did not bring me much relief. I was still a hypocrite.

I cannot expect the the society to transform into a wonderland overnight while I myself am struggling to be a true feminist in public. I realised I had a lot of work to do on myself because being a feminist in our society is not easy.

Since then, I am witnessing a war more fierce than the battle of Troy that takes place in the sacred land of my brain. Too bad the rest of the world is missing it! It is a glorious battle between self-awareness and the deeply rooted fear of being misunderstood. The reminder of “I am a feminist and I am not afraid to say it” blows every morning like a war horn and the fighting starts.

On the good days, I manage to have a “difficult conversation” and talk openly about feminist concepts and their importance with my family and friends. On the bad days, I simply look the other way when I see or hear someone mocking feminism. I am afraid the war will even last longer than the battle of Troy.

A few weeks ago, I was talking to my cousin about his relationship, his possessiveness and protectiveness. At one point, he blurted out “You are talking like a feminist”. “I am a feminist and you should be too”, was my instant reply. So I guess self-awareness has taken a lead in the battle. Or perhaps, the Infinity Gauntlet snapped back and my feminist identity returned from the depths of space, stronger than ever. I prefer to believe the latter explanation. Still, I ask myself from time to time, “Am I a hypocrite?” 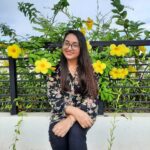 Cook Thy Meal, Love Thy Body: Why I Am A Feminist Who Cooks

Dilemmas Under Patriarchy: Stifling Men & The Struggles Of Living A Feminist Life