Amidst survivor blaming, glorifying the acquitted Franco Mulakkal, and judicial stereotyping of the survivor, how do women really feel?
By Sukanya Shaji Jan 19, 2022 8 min read

The Kottayam Additional Sessions Court verdict acquitting Franco Mulakkal, a Roman Catholic Bishop of the Jalandhar diocese, has sparked critical discourse with respect to cases of sexual assault. Mulakkal was accused of raping the nun multiple times during his visit to the Missionaries of Jesus Convent in Kerala where the nun was at the time the Mother Superior General. He is the first Catholic Bishop in India to be tried for rape on the basis of the complaint of a nun.

The trial in this case is one that has been a milestone in the religious, legal and social landscape of Kerala for many reasons. This is the first time that a nun, sworn to the oath of celibacy, has risked her most valued asset of chastity by reporting sexual abuse. In a society where socio-religious structures ensure that the men in positions of power remain immune to being exposed thus, the survivor’s ‘fall from grace’ is an act of unprecedented courage. She was backed by five other nuns from the convent who believed in the potential of survivor solidarity and sisterhood, at the risk of loss of livelihood, acceptance, and reputation.

The verdict spanning 289 pages bases the acquittal on the ‘inconsistencies’ in the testimony of the survivor. The court says that she has, on many occasions, only mentioned that the Bishop forced her ‘to sleep with him’, and has not explicitly spelt ‘penile penetration’. Despite witness testimonies proving the presence of the Bishop at the said convent on the alleged dates, and sufficient medical evidence, the court chose to place its trust in the fact that the nun could be a person of questionable character, thereby invalidating her testimony of sexual abuse based on puritan morality and semantics.

The judgement blames the survivor for continuing to interact with the Bishop even after repeated instances of abuse, interrogates her delay in reporting, and places the onus of moral vindication solely on her. This is quite surprising, considering that the survivor ought to be treated with more empathy by the judiciary.

In this context, the verdict has not only failed the survivor and her colleagues, but perhaps every woman who feels stifled of expression in the heavily masculine, patriarchal framework of our collective conscience. When the accused in a rape case like this is acquitted on grounds that seem to dismiss the entirety of the survivor’s testimony on the basis of a few alleged inconsistencies, it affects the morale of the society, especially women and individuals from marginalised genders in multiple ways.

Amidst narratives of survivor blaming, glorifying the acquitted Bishop, and judicial interpretation that seems to align with popular morality, how do women really feel?

The Sessions court verdict predominantly discredits the survivor based on the fact that she did not mention penile penetration to other nuns, or even in the First Information Report (FIR) initially. She said she was ‘forced to lie with him’, and specified rape only at a later stage.

There was an allegation of an illicit affair between the nun and the husband of her cousin, which was later found to be false. Yet, the court uses that information to discard medical evidence of penile penetration, expressing doubt that it could have happened in a consensual relationship the nun may have had previously.

What we can see working out here is an endorsement of a survivor blaming, chastising rationale to snub the lived experience of the nun into dismissal. Had this been the comment of a member of the general public, it would have (unfortunately) been less triggering because our society is quick to blame the survivor of being at the wrong place, wearing the wrong clothing, saying the wrong things and the like, in instances of sexual abuse.

But this is the verdict of an honourable court, an institution bearing the acute, comprehensive awareness of the fact that the law ought to interpret itself for the protection of a survivor, and that a moral wrong can be subjective but a legal wrong is not. In a society that strives to police the bodies, personhood and sexuality of women and queer individuals through patriarchal power structures, the only respite survivors have to claim their right to free and fair trial is the judiciary.

Judicial morality and popular morality are not one and the same, and rightfully so. Popular morality is a cumulation of all our customs, practices, beliefs, biases and prejudices. The law acts as a buffer between the problematic elements of popular social morality and the deliverance of justice. When the society shuns women and protects abusers who hold positions of power, it is the law that must offer survivors a fair, safe space to be heard.

In this case, the rationale seems to be aligned with the popular morality of the society, wherein the survivor is ascribed guilt, shame and lack of credibility on very questionable grounds. This kind of legal discourse affects the other women and survivors in the society. They feel a collective sense of anxiety because what they witness is the loss of the very same safe space that the legal system promises them when the society fails them.

The politics of emotion

The waves of fear, disappointment and anger that women experience after the pronouncement of this verdict must not be taken lightly. “I was hurt since the time this incident was first reported. The judgment evoked fear and disappointment in me. I am angry all the time and making mental notes of how to orchestrate my behaviour so that I look like an ideal survivor if I were ever to be in the nun’s shoes”, says Jeenia Thacharampath, a young software developer.

It is imperative to employ the gender lens in legal trials, especially those pertaining to sexual abuse. In Living A Feminist Life, feminist scholar Sara Ahmed discusses how sensation matters. She elaborates that a sensation is a feeling that something is not comfortable. This is often something that is especially experienced by women and we must get closer to this female feeling of discomfort to peel the layers of structural, systemic violence and misogyny inflicted on them.

Gender is a lived reality, and women live under the constant fear of being thrust into violence. They are the most vulnerable targets of male conquest, be it material, sexual, systemic, or political. This emotion of ‘feeling on edge’ is a response to the gendered experience of anticipating sexual abuse and being constantly objectified and sexualised. This is accentuated when rape accused, especially men in positions of power, go scot free.

This is often belittled by the society by projecting that women are by default ‘hysteric’ and ‘emotional’. We pose ‘being rational’ as the opposite of ‘being emotional’, and in our binary conceptualisation of gender roles, men are the rational, intellectually superior gender, while women are reduced to their emotions.

When it comes to female breakdown and outrage against verdicts of sexual assault like the one in this case where the accused was acquitted despite crucial evidence, the society uses the same reduction of women to emotions to meticulously dismiss the toll it takes on their sense of security and faith in the judiciary.

“I feel hopeless and angry. Complete disbelief in the system. But this also creates an urge to keep fighting, to not tolerate sexism anywhere, anymore”, says Ria John, an IT professional based in Bangalore. Verdicts like these that shame the survivor create the feeling among women that it is going to be their sole burden to hold up against institutionalised misogyny and violence. The fatigue it produces is daunting.

“I am deeply sad and offended. The verdict validates survivor blaming and reiterates that this is a man’s world”, says Sreelakshmi K.B, a fresh graduate. “I am certain that because of this verdict, many survivors will hesitate to report abuse because there is a feeling that the trauma and humiliation will bear no fruit in the end”, says Theertha Girish, a post graduate student of Human Resource Management based in the United Kingdom.

It is needless to say that we live in a society that stigmatises sexual abuse and does everything in its power to silence survivors, appropriate their truth, erase their voices and mimic their silences as consent. The celebrations after the Bishop was acquitted were an obscene testimony to this.

It is against this context that the verdict discredits the nun by citing semantic inconsistencies, questioning why she chose to be civil with her abuser who is also extremely powerful within the institution she functions, and dragging in the reference of her fabricated sexual history with another man.

This endorsement of popular morality by the judiciary combined with the patriarchal survivor blaming narrative is unnerving to most women, and that must be a cause for concern. The feeling of despair that women express is not just ‘emotional outrage’ stemming from the ‘stubborn feminist belief’ that a woman can say no lie. This is a judgment that misreads the law, overlooks crucial evidence, brings focus to the anatomy of the survivor to character assassinate, and disregards the amendments to the laws on sexual assault enacted in the recent past.

“It is scary to realise what we are against. The way technicalities have been used to demonise the survivor so blatantly…my mother, sisters and I have been discussing this and feeling so frustrated about the unfairness of it all”, says Arsha Ann Pradeep, a postgraduate in Social Welfare.

The judgement of the Sessions court that acquits Bishop Franco Mulakkal comes across as an exercise in undermining the reliability of the survivor. The survivor is a nun whose most valued asset, as she says in her testimony, is her chastity. We must keep in mind that she appealed to the Church before resorting to filing a police complaint.

This is a woman who has been failed by her faith, the judiciary and the society. Every blow to her self-esteem is deeply personal to women, and other survivors in the society. It may act as a deterrent for more survivors to report such crimes and undermine the legitimacy of the judiciary.

It is important to take stock of how women and survivors of sexual abuse collectively feel and how verdicts like this impact their sense of security. The State must examine this feeling of fear and self-censorship, because this emotional breakdown is a political marker of how much faith women, individuals from marginalised genders and survivors have in the society, religion, judiciary and polity.

The dread, defeat and dissonance that consumes every woman and survivor amidst all of this is crippling. The most unnerving questions that arise in most of our minds at this point are – what is expected of a survivor of sexual abuse and what will it take to be believed and treated with empathy? 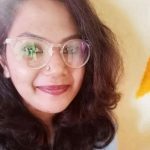 What Symbiosis Law School, Hyderabad Teaches Us About Due Process in the #MeToo Era

3 Non-Confrontational Ways To Discuss Diversity And Inclusion At Workplace