In addition to this being a review of Gangubai Kathiawadi, it also celebrates the cinematic success of a mass feminist movie done right in Bollywood. Sanjay Leela Bhansali’s movie Gangubai Kathiawadi has important political conversations in a climate that is aggressively moving towards sexual and moral conservatism. The movie engages in conversations of consent, female to female intimacy, feminine unity and the success of sisterhood. Before I begin explicating any of these conversations within the movies, it should also be noted that one greater success that Gangubai Kathiawadi achieves is the absence of the male crutch character.

This is not the first Bollywood movie which has a female lead character or tells the story of a woman’s extraordinary achievements or her ordinary life. This is not Sanjay Leela Bhansali’s first woman-centric movie, though this is the first time in mass production of Bollywood that the story remains about the woman. Nowhere in the duration of the two hours does the focus of the storyline shift from the woman. No single male character becomes central or essential to the plot. There is the presence of both the scorned and the supportive lover, the protecting and benevolent brother, and a guiding male friend. But unlike previous mass productions, these presences don’t overpower the woman’s narrative.

There is no male character that the story of Gangubai Kathiawadi crutches on, in its cinematic production and story-telling. This is not to say that male characters are absent or have no role to play. They have an active presence whose patriarchal value system she employs to her benefit. The screenwriting does dwell on individual pain of the character in relation to the lost family and the scorned love. Yet, the register of conversation in Gangubai Kathiawadi does not shift from the women. The representation of a strong female voice is embodied by the presence, behaviour and voice of Gangubai portrayed beautifully by Alia Bhatt in the movie.

The first instance that you see of this negation is that there is pain from having been deceived by her lover and it is only when speaking to her journalist friend does she account for feelings of revenge towards the same. The emotion of revenge is not the plot of the movie. In her lover, she finds solace in Kamathipura, yet his presence is not central to the plot. She negotiates with patriarchal values of protection and sacrifice to successfully aide her is her larger ambitions and dreams.

The powerful woman does not get shadowed in the last scene when she is being celebrated for her victory. She kisses the journalist on his forehead in appreciation and gratitude, she acknowledges and celebrates the family of her supportive lover, but none join her on the podium. The moment remains hers. She is central to the plot and she remains the plot, there are no twists and turns which leave the audience speaking of any other male character in Gangubai Kathiawadi. In Dangal and Mary Kom, the success of the woman even in the storytelling rested upon the presence of the male character, the father and the coach. This is not to say that female-centric movies and female voices have not found their presence in Bollywood, the question remains if they have made it to popular cinema.

The individualisation that is celebrated in the character even when all socially-sanctioned perceptions of honour are lost to her is astounding. Gangubai Kathiawadi becomes a businesswoman the day she speaks of buying her kotha, she becomes powerful the day she seeks justice from the Lala, she becomes a partner and mafia queen the day she becomes a local liquor baron. Her economic status changes, money is exuded from her attire and clothing and it is unapologetic. Even in the scene where Gangubai is distributing money for various events and business, she chooses to keep money for her own jewellery. This scene holds power because Gangubai in politics is not an asexual woman, even as she dons white, she choses to celebrate her beauty. She compares her beauty with that of the moon, and holds pride in her behaviour and action, embodied through clothing and jewellery.

There are symbolic instances in the movie where the idea of affirmative consent standards are spoken of. These aren’t lecturing instances, but subtle teachable moments in the movie. There is a refusal to engage with past clients, the idea of leave from sex work during religious events or celebrations is employed. The idea of consent being continuous is embodied in conversations of honour. The insistence on recognising sex work as trade and speaking of it within the registers of socially-sanctioned language of honour is a commendable achievement of the writing in Gangubai Kathiawadi.

There is an aesthetic beauty that Bhansali achieves in the movie. He successfully employs the beauty of intimacy among women. There are remarkable scenes of sisterhood in the movie, be it in the preparation of death, or in the sheer number of women enjoying a movie. There are moments in which religious symbolism is used by the Bhansali where there are similarities to iconic symbolism of Hindu Goddesses Durga and Kali, but the subtlety ensures that the movie can steer clear of the charge of Hinduisation.

Also read: Film Review: Salt Of The Earth – The Power Of Women’s Solidarity In The Empire Zinc Strike

This is not to negate that the cost of aesthetic beauty of the movie remains that the real conditions of sex work go amiss in the movie. Gangubai Kathiawadi engages in the conversation of forced entry into sex work before it moves beyond it. The movie begins and ends in Kamathipura. Kamathipura is portrayed as a space dominated by feminine power in Bhansali’s movie but are red light areas truly like that? Merely showing multiple women sleeping in one room cannot be the sole symbol of poverty and poor livelihood conditions. Even as we state that Gangubai Kathiawadi is a feminist movie done right, we cannot not emphasise on how it misses the politics of sexual health, material resource distribution and the politics of pimps, which make for important conversations in the politics of a red light area. It also goes without saying that a cis man (Vijay Raaz) portraying the role of Raziabai, a trans woman continues to be in line with Bollywood’s transphobic portrayals. Just recently, in Chadigarh Kare Aashiqui starring Ayushmann Khurrana and Vani Kapoor, the latter plays the role of a trans woman. In times when an intersectional representation has been highlighted more than ever, it is also time for filmmakers to introspect on how despite trying to adhere to the right kind of politics and social commentary, they are yet to address their inherent transphobia.

Editor’s Note: The article earlier did not contain a critique of the mis-representation of the character of a trans woman that was played by a cis man. This is an updated version.

Sakshi Sharda is an MPhil scholar at the Centre for Political Studies in Jawaharlal Nehru University, working on the intersection of feminism, law, and the Indian state. You can find her on Instagram. 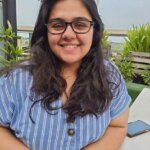 Assistant Editor FII, MPhil scholar from the Centre for Political Studies in Jawaharlal Nehru University, working on the intersection of feminism, law, and the Indian state.

Why Sustainable Fashion Is A Feminist Issue

25 Years On, The State Is Still In Denial Of Kunan Poshpora