IntersectionalityGender The Cyber Trolling Of Amber Heard: How Power And Gender Determine Who Must Be Believed

While the verdict is not out, and there is evidence against both parties, the internet has supported Johnny Depp and made Amber Heard a villain.
By Meghna Banjan May 26, 2022 6 min read

The ongoing Johnny Depp- Amber Heard trial began as a consequence of Amber Heard publishing an op-ed in the Washington Post in 2018 for which Johnny Depp has sued her for defamation. In the op-ed headlined “I spoke up against sexual violence — and faced our culture’s wrath. That has to change,” she did not mention Depp, but referred to herself as “a public figure representing domestic abuse.”

While there is enough evidence that violence has been perpetrated from both sides, the internet is largely only supporting Johnny Depp while shaming and defaming Amber Heard. On TikTok, the hashtag #JusticeForJohnnyDepp has 9.9 billion views. A similar hashtag for Heard has only 37 million. Searches for Heard on the platform also bring up #amberheardcancelled, #amberheardsucks and #amberheardistrash.

While it is true that male domestic violence victims are often shunned due to toxic masculinity roles, the reason why Johnny Depp has a massive support is due to his star status, gender privilege and fame which is much more than that of Heard. Moreover, domestic violence with men as victims is not as often heard as when women are victims and hence, the public engages in a psychological phenomenon where they pay more attention to the inconsistent information, one that doesn’t fit in the general idea of domestic violence.

The support that Depp has been receiving has resulted in a number of misogynistic tweets and posts against Heard, where Depp’s supporters do not believe that he has also been the abuser in the relationship. Amber Heard speaking about her side of the story and getting visibly petrified of Depp during the trial has turned into a meme, and her testimony is being joked upon.

Experts in domestic violence studies say that while testimony suggests both parties behaved violently, a combination of Depp’ star status and the fact that he testified first may also be influencing public sentiment in his favor. They also suggest that domestic violence is essentially an imbalance of power, where there is usually one aggressor and one abuser.

There can be different types of violence within a relationship which can be devoid of power. While the verdict has not been passed and there is evidence against both of them, the internet has greatly supported Johnny and made Heard a villain. But what does this mean for women who have faced violence?

One in four women who have experienced intimate partner violence are most likely not going to speak about their side of the story given the epitome of hatred that Heard has been receiving. The situation has aggravated so much that prominent psychologist Dr. Taylor told The Independent that women awaiting similar case hearings are considering ‘retracting or pulling out’ after witnessing the online harassment of Heard.

She said, “People are revelling in the details and the scrutiny. Every misogynistic trope possible has now been utilised – and every woman who has ever been abused or been through a court process like this – or is awaiting a case hearing – is watching on in horror.”

Women celebrities who speak up against abusive men are hardly treated well by netizens. They are subject to various trolls, labelling them as ‘misandrist’, accusing them of following the trail of ‘guilty until proven’ innocent instead of the other way round. This however, is not applicable for women under trial, that is to say, Amber Heard has already been declared a culprit, which again, she might be, but the sexist reaction she has been receiving has not been the same for Johnny Depp.

Such behaviour by netizens is very common in India as well. Samantha, a Tamil actress faced online troll and abuse after divorcing her then husband and south-Indian star Naga Chaitanya. She was called terms like ‘gold digger’ and criticised for her perceived ambition. One social media user wrote, “Samantha Ruth Prabhu is a divorced ruined second hand item who has 50 crores tax free money robbed from a gentleman!” The actress gave a befitting yet dignified reply to him saying, “Kamarali Dukandar God bless your soul.”

She was accused of being the main reason for the divorce and rumours of her extra marital affairs started floating online without any context other than the fact that she has taken a decision to end her marriage. On the contrary, her ex-husband Naga Chaitanya was free from such online abuse, propositions and hate.

Similarly, when Malayalam actors Manju Warrier and Dileep got divorced, the society and online community was quick to pin the onus on her for the breakdown of the marriage, citing ambition and greed for money. The responsibility of maintaining the relationship, caring for it and working on its longevity somehow always falls on women, where the men involved are not held accountable for their lapses or abuse of power and gender privilege.

Later, when Dileep was accused and arrested for conspiring and facilitating the assault of a female actor in a moving vehicle, the internet was full of supporters who backed Dileep by painting the survivor as a promiscuous, fame hungry woman whose dignity and integrity was questioned for filing a legal complaint.

Taking into consideration the Depp-Heard case, as Depp does not have a negative or sexist public image due to his body of work and fandom as an actor, perhaps, if a woman had the same position, would she also be spared from such online abuse? Well, no. Veteran actor Rekha, who predominantly works in Bollywood films, was exposed to several accusations of being a ‘witch’ for ‘devouring her husband’ after her husband Mukesh Aggarwal died by suicide. The similar case of ‘witch hunt’ was seen when Rhea Chakrborty was accused of her then boyfriend Sushant Singh Rajput’s death by suicide.

Whatever the case may be for a man in the backdrop of the breakdown of a relationship, the man does not have to assume sole responsibility for it, and the woman is most often wholly accused for it. Divorced women are always looked down upon and when they speak about abuse in the relationship, they are instantly criticised for making up false allegations, or initiating a divorce just to inherit the man’s wealth.

While the focus rests on all these aspects, the actual reason for the divorce is put under the blanket, which in the Depp-Heard case is domestic violence. There is an inherent power imbalance when it comes to Depp and Heard. While acknowledging that Heard might have been an equal participant in the incidents that occured, we must also address the fact that she faces more distrust, character assasination and abuse than Depp from the society and online community.

This could also affect the spirit of other survivors of domestic abuse, especially those who do not have as much social capital as Amber Heard, from naming their abuser, especially if it is a man in power. 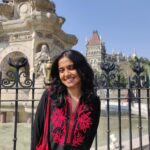 Meghna(she/her) is a humanities student from St. Xavier’s College, Mumbai who is fond of everything sociology and psychology. She loves animals, reading and art

Of Masculinities And Mental Disorders—How Guilty Is Bollywood?