It is imperative that organisations employ a gender lens and look at intersectional power dynamics while addressing mental health at the workplace.
By Naureen Zaina May 27, 2022 5 min read

In India, mental health is still a taboo subject, and not given the importance or attention that it deserves, despite the staggering number of people who are affected by it. A WHO report from 2017 found that around 57 million people in India suffer from depression (this constitutes 18 per cent of the total population of those suffering from depression).

The general attitude towards mental health issues such as depression or severe stress in a professional setting, is to treat them as a trivial inconvenience that is not sufficient ground to get time off from work. A Wall Street Journal report from back in 2016 found that Indian millennials work longer hours than those in 25 other countries, with Indians working an average of 52 hours per week. Long and strenuous working hours can cause and/or worsen mental health issues.

The Economic Times reported that in 2016 a survey study of 200,000 professionals in India, established that 46 per cent of them were found to have extreme stress due to their work. This makes it all the more important that organisations pay attention and give priority to working alongside those that are suffering with their mental health, rather than sidelining them.

Sonali Gupta, a Mumbai-based psychologist states that, “​​There are very few companies who even acknowledge mental health issues at all”, and this is a conspicuously mammoth problem. However, things are changing and steps are being taken in the right direction with legislations like the Mental Healthcare Act being commissioned in 2017. This Act protects, promotes and fulfils the rights of individuals with mental illnesses.

It is the aim of the Act to uphold the dignity of those living with mental illnesses and to ensure that they are not discriminated against. The healthcare Act also prompts insurers to include mental health as part of their health policy. This action does come relatively late in India as countries like the United States of America had passed a law that mandated equal medical coverage for mental and physical illnesses all the way back in 2008.

Gender and mental health at the workplace

Work culture plays a large role in the mental well being of an individual, considering the long hours that a person puts into their work. The work environment and general treatment received by workers from their superiors or colleagues will tend to have a lasting effect pn their mindspace.

Especially when we take into account that mental health problems are influenced by a person’s social environment, this can particularly be impactful when they belong to marginalised identities. Women potentially have a harder time at work due to the effects of casual sexism, managing their work and life while being primary caregivers if their partners do not contribute their fair share at home, and dealing with issues that shouldn’t exist such as pay inequality.

Many women also have to suffer through sexual misconduct by their superiors. In such cases, those in a position of power abuse it to take advantage of women and individuals from other marginalised caste and gender identities. Movements like the #MeToo shed light on the vast degree to which women are harassed at their place of work.

The workplace is one that is built on systems of power hierarchy, and when abuse happens within this system, women and people from oppressed caste and gender identities often find themselves left with no power, bargaining capacity or peer support to raise complaints. All the aforementioned characteristics act as barriers for women to grow at work and also affect their mental health, which ultimately affects their career and quality of life.

This makes inclusion and diversity in the workplace all the more important, as this will result in an improvement in work culture that would directly result in an improvement of the mental health of employees. Mental health issues can lead to increased absenteeism by employees, and thus, it is beneficial for everyone to prioritise the well being of employees. It is imperative that we employ a gender lens and look at intersectional power dynamics when we address mental health at the workplace.

Policy changes such as mental health leaves, shorter working hours or the option to work at home on bad mental health days would all be ways to create a healthier work culture. The HR department could also use their resources to offer benefits such as providing more accessible healthcare and organise workshops to discuss and bring attention to mental health and well being as many suffering from mental health issues are unaware of their options.

Business Insider reports that over half of the Indians are unlikely to recognise symptoms of mental illnesses. It is vital that we acknowledge that everybody is susceptible to mental health issues, and this should not be a reason to sideline, shame or ostracise someone. Instead, we must within our communities and workplaces, create a safe space for open conversation and empathy, so as to help others and ourselves.

Policy changes are vital to not only bring attention to a topic that still does not receive the attention that it should, but also to prevent conditions that may lead to mental health problems and to help those that suffer from mental health problems. The workplace is one that is perhaps the most pivotal in an individual’s life owing to the fact that their sustenance depends on employment.

It is  crucial for employers and organisations to recognise mental health as an integral part of employee wellness and chalk out policies and practices that allow space for healing, especially in the case of those whose social locations and gender identities make them doubly vulnerable to systemic mental abuse.

Also read: Now More Than Ever, We Need Employers With Empathy 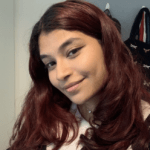 Naureen is currently a student of Political Economy at King’s College London. As a student Naureen has had the opportunity to write on a plethora of topics, and do in-depth case studies on the correlation between economy and democracy. Naureen is always open to political discussion and constantly on the lookout for new perspectives. She has acted as the Head Curator for TEDxYouth@VSA and as a Deputy Content Writer for VidyashilpXDesi. Her current roles include being the writer and print designer for her university paper: ‘Roar’. Literature is a passion for Naureen and she hopes to keep writing.

Development For Whom?: What The 2019 BJP Manifesto Has To Say